I was invited to think and feel at tonight’s first performance of the Opera 5 program “Modern (Family) Opera”. I laughed a lot, I felt a lot, and my mind’s awhirl.

The first opera made me laugh, pure and simple. Geoffrey Sirett gave a remarkable interpretation of the role of Gil, employing such a variety of timbres & sounds to his voice, that you’d think he was giving a master class in buffo singing. Director Grace Smith was aided by the choice to present the opera in Italian, making it that much sillier once Sirett cranked up the physical comedy, as though he were a big cartoon. Rachel Krehm’s voice sounded full, perhaps bigger than the last time i heard it, filling the Arts & Letters Club space.  Her deadpan cuteness as Susanna seemed to ignite Sirett’s red-hot conniptions. Their chemistry was delightful, and certainly a good beginning in a study of the family.

And then after intermission came the world premiere of Darren Russo’s Storybook. This is an accomplished piece of work musically, delicately scored for a small ensemble that was mostly tonal. Russo writes very sympathetically for the voice, sometimes playing with his singers but never requiring any pointless virtuosity. No, this was more relaxed than that, allowing us mostly to be lost in the wash of luscious sound.

Storybook is composed for an ensemble of five, named for the vocal register: a pair of sopranos, plus a bass, baritone and tenor. To be accurate, the parts are “Soprano, Soprano, Baritone, Tenor and Bass” even though –for example, “Baritone” is required to sing in a falsetto at one point.

We were in a post-modern place, I think. The stage was divided in director Aria Umezawa’s mise-en-scène (set designed by Matthew Vaile) into five more or less identical boxes with an IKEA chair that more or less held each performer plus a small table with a glass of water, circumscribed by a rectangular line on the floor. The libretto was a composite by several writers including Russo himself, assembled but not synopsized in the program. Do we need a synopsis, do we need to know where the story is going? I’ve joked that we live in a trailer culture, where it seems that our movies are presented with so much information in the trailer that we know exactly how it will turn out. I love that I had no idea where this opera was going.  Indeed, it didn’t “go” in any real sense. It’s a wonderful gift that we can be lost and properly disoriented in this world of GPSs and perpetual surveillance.

I find myself referring to questions of meaning and signification, wanting to remind myself just how it is that music signifies, or at least how it usually works. Yesterday I was immersed in poignantly meaningful music, listening especially to politically charged texts by Brecht & Owen & Apollinaire (for example), music by Poulenc & Eisler. Tomorrow it will be Mozart & Da Ponte as the Canadian Opera Company’s Don Giovanni opens, and then Sunday I get to hear Kent Nagano conduct Beethoven’s Fifth, a touchstone for meaning in music.  But more fundamentally this work has me wondering: must opera always mean something? Tomorrow I’ll be watching Dmitri Tcherniakov overlay meaning on top of the centuries of meaning already imprinted on the Don Giovanni story.  As I sat there, i wondered:  must it mean anything? We have been going to art galleries and staring at abstract images for the better part of a century. There are artists teasing us with a little bit of the old and a lot of the new, pushing familiar buttons while doing things in a different way than what we expect, perhaps changing up the procedure and in so doing altering our understanding. Umezawa presents Russo with phenomenal clarity, which isn’t necessarily a service, because we don’t miss a thing. The stage could afford to be more cluttered, messed up, more chaotic, concealing or shadowing some of this work, whereas Umezawa shows every word and every note with clinical precision. Some directors might have been tempted to overlay textures & movement, to add extras.  Tcherniakov’s extras can be like the plastic surgery that enhances something so aggressively that we can no longer see the original (but then again, some would say the old has become tired and needs the enhancements).  Umezawa’s approach shows integrity and a most authentic sort of faith in the material (this is on my mind after the lack of faith I saw at the COC concert yesterday, in the excessive preambles). 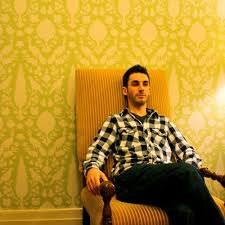 Russo’s texts arbitrarily take us to diverse places. At one moment it may be sad and depressive, at others, ecstatic, joyful, or just plain silly. There doesn’t need to be a dramatic through – line. At times I was thinking it was like a modern madrigal, five singers (or fewer) making a rarefied kind of music.  I was reminded a bit of Ana Sokolovic’s Svadba-Wedding, with the group of singers standing there belting directly at us, an experience i found quite enjoyable. At times it was a little precious, but so what? This is Russo’s first opera, his first chance to hear this large-scale work not just performed but with a live audience response and churls like me being picky & critical. It took Verdi and Wagner several experiments before they hit their stride, and found their authentic voice.  I believe Russo already has a genuine voice, one that deserves to be heard.

The family connection in Russo’s piece is much more that of children than parents although we do hear from the parents a few times. I don’t want to misrepresent the work, one that’s still resonating within me. Dreams are invoked near the beginning and again at the end. Madness is also a theme, although it’s more the sort where we fear we’re going crazy, as in the children’s song “I am slowly going crazy, 1,2,3,4,5,6 switch”.
But when the children’s song is coming at you in five-part counterpoint it can begin to suggest genuine madness. That the five performers –adults singing and enacting childhood—are all in their discreet boxes lends additional weight to the possibilities for madness, as though we were watching five different solipsists unable to make any real contact with the outside world.

Aria Umezawa said the following in her program note:

I’m grateful to Russo, Umezawa and Opera 5 for the splendid conversation.  Opera 5’s program “Modern (Family) Opera” will be presented again January 24 & 25 at 7:30 pm at the Arts and Letters Club.

This entry was posted in Music and musicology, Opera, Reviews and tagged Darren Russo, Opera 5. Bookmark the permalink.