Canadian Baritone Phillip Addis “is praised for his creamy, bright, smooth voice as much as for his spell-binding, daring, yet sensitive interpretations. A rising star on the international stage, Addis has performed in opera, concerts and recitals throughout Canada, the United States, Europe and Japan.” (additional biographical info can be found on his website)

Addis has already made an impact on the Toronto stage, especially impressive as Don Giovanni in the Opera Atelier production in 2011.

Addis returns to the Canadian Opera Company (where he debuted in their production of la Boheme in 2013) in October in  Pyramus and Thisbe, a program combining operas from the 17th and 21st centuries.  I asked Addis ten questions: five about himself and five about the upcoming project.

My parents were very supportive as I found my way through my education, despite being very surprised when I switched from the sciences to music and then specifically to vocal studies. I certainly have inherited traits from both of them that have been useful in being myself both on and off the stage. They both have good singing voices and a strong memory for songs and lyrics, far better than my memory has ever been. They are great collaborators in their fields, and this has been a good example to me as I strive to put projects ahead of my own ego.

2) What is the best thing about being a singer?

The greatest reward is the experience of using one’s body as an instrument of the mind, in sync with one’s musical partners, and feeling the rush of pleasure when the imagined ideal is fairly realised. Basically, when things go even better than rehearsed thanks to adrenaline.

I like to be surprised, whether by a comedian who sheds new light on a subject, a musician who ruptures my prejudices about how a sound can be used, or a filmmaker who leads me down one path, only to reach an unanticipated destination. These three things meet at a point known as the musical-parody/comedy video.

Organisation. I would probably achieve more of my dreams if I knew how to  plan to make them happen.

I don’t have one favourite activity. A short list would include connecting with my wife over food and drink; reading, playing and creating with my son; getting slightly lost while exploring new places; stargazing; birding; and photography. 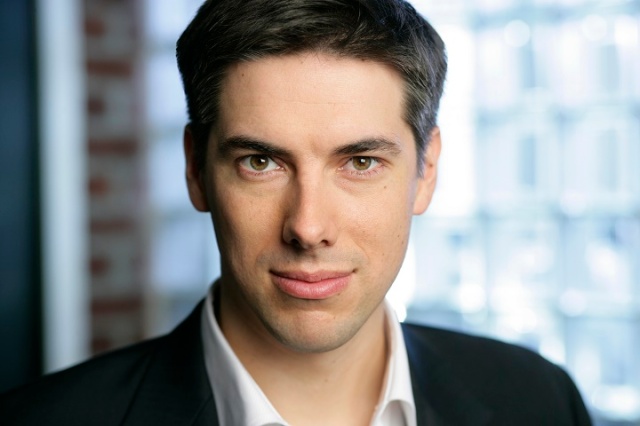 Five more about the upcoming COC production Pyramus and Thisbe.

1. Please talk about Barbara Monk Feldman’s vocal writing, and how it feels to sing her composition.

Singing Pyramus and Thisbe is challenging not in its virtuosity but in its minimalism. In rehearsal we are striving for such a spare aesthetic that we are having to let go of habit, ego and expectation in order to participate in any given moment. There is very little dynamic variation and the range of my part is just an octave, meaning that any move towards the extremes of these narrow parameters is more deeply felt, like one wave on otherwise still waters.

2. You’ve sung several modern classics, such as Jauffré in Love from Afar, George in Of Mice and Men¸ and last year Lt Audebert in Silent Night, yet you also played Don Giovanni for Opera Atelier. As you prepare for this intriguing mix –both the 17th century composer Monteverdi and the contemporary Barbara Monk Feldman—please reflect on how you approach the mix of repertoire.

In fact these two composers are a good pairing and not so far removed from one another. If anything, the writing of Monk Feldman almost seems like a renaissance antecedent to Monteverdi’s baroque sentiments. Singing these works is no great challenge in terms of vocal stamina, but is a major endeavour mentally and physically. We’ve decided that the characters have an arc through the whole production, so we’ve made efforts to harmonize the pieces and hide the seams. Our movement through the piece is as important as anything we’re doing vocally, and that has required a strong discipline and an exploration of our physical limits.

3. What is your favourite moment in the show?

We’re still rehearsing, but what I like best about this production are the moments where the lovers have a kind of near miss, that is to say, when they almost connect in a positive way, but then things turn for the worse. The tension created by the frustration is what’s interesting.

4. Please talk about the psychology of your portrayals and how you come at the character.

I begin with the text, under the assumption that this is also what the composer had as inspiration, and I read it dryly, then in the rhythm that has been established in the score. These I alternate to explore possible meanings, or double meanings, of specific words. Then I consider the pitch and melody as contours which drive the inflection. It’s sometimes frustrating when you want to stress a word a certain way, but the composer has had other ideas. Sometimes you can keep a kernel of your original idea, but usually you have to submit to the composer’s will in this case. As for any psychology, it would be false to say that I embody the character. I’m constantly aware of what words I need to deliver next and how and when. If I look like I’m in an emotional state, it’s because I’m imagining how it ought to look, and then creating the appropriate mask. One can’t get too worked up on the inside in opera, not really, or the very instrument upon which you rely will not function. The only time I can really remember losing it was in a final chorus of Hänsel and Gretel, as the father, at a time when my wife was expecting our son. I was blubbering away and it was all rather overwhelming.

I’m looking forward to a return to the role of Pelléas, this time in Hamburg. Pelléas et Mélisande has, to my great fortune, become a niche for me over the years, and I never grow tired of it. It is such a masterful score and the general aesthetic lies very close to my heart. This upcoming production is new to me, but I feel like I could be happy telling this story with almost any setting. Kent Nagano will conduct, and I can’t wait to see what musical ideas he brings to this score.

Phillip Addis stars in the new Canadian Opera Company production Pyramus and Thisbe, a combination of baroque masterworks by Monteverdi and a new work by Canadian Barbara Monk Feldman, opening October 20th at the Four Seasons Centre.  For further information click the image below.

1 Response to 10 questions for Phillip Addis: Pyramus and Thisbe