It has been a week of new beginnings.

Today was Benjamin Kidd’s ordination. As of Saturday July 27th he is no longer a student. I wonder if we’re now supposed to call him “Reverend Ben”? Perhaps that comes out as #RevBen in the world of hashtags.

I wore a shirt that for me symbolizes new beginnings. I recall being a bit scared to wear it to church when I first saw it, recalling the Biblical characterization of snakes. 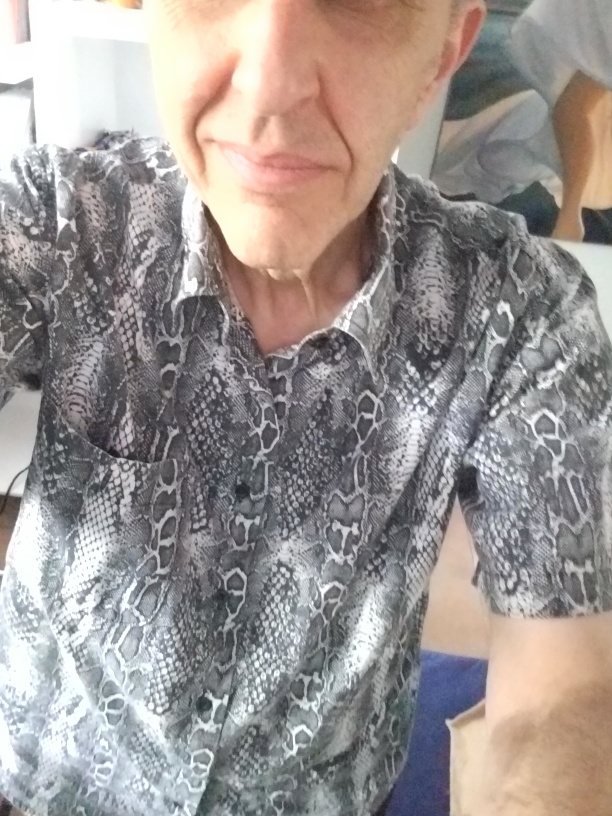 But maybe snakes deserve second chances? I know I have taken to this shirt now that I see it as an avatar of rebirth, of new beginnings.

I’ve said little about the flood in our house, although yes it’s been a factor in my comparatively quiet spring this year. It’s almost as though I’ve been AWOL for the spring of 2019, compared to past years.

It has been a challenging spring, this 2019 version.

You may recall my tale of the tick, reporting a bite inflicted several months ago. I didn’t speak of the new dog Samantha (aka “Sam”), new in the sense of “new to us” although she’s 11 or 12 years old. Being a rescue it’s hard to know her precise age. But she’s amazing, often lying underneath the piano while I’m playing. She’s smart enough to know: flattery will get you everywhere, especially if you’re a dog. 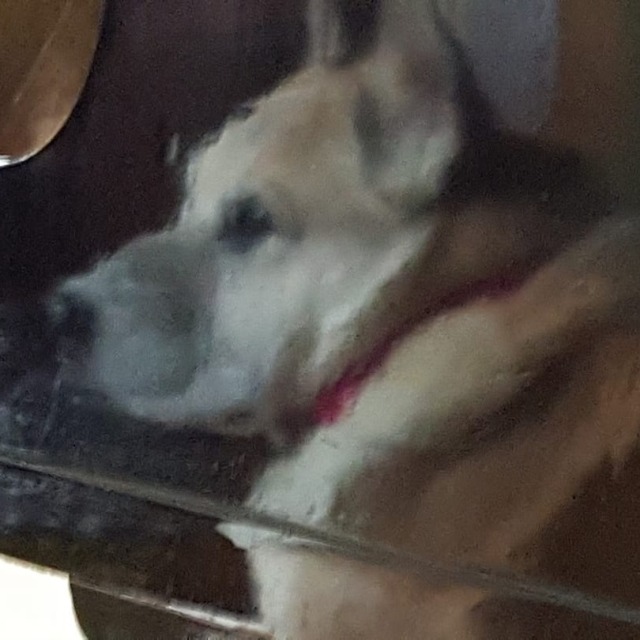 If Sam seems a bit blurry it’s because she’s actually reflected in the surface of the piano.

And we had a flood. While we’ve been blessed, fortunate in our insurance coverage, that doesn’t change the disruption we’ve endured the past few months.

Last week we took the first delivery of boxes returning to us from storage including CDs, DVDs, music books, all sort of things we had to live without since the end of March. They arrived on our anniversary, a lovely coincidence that reinforces my sense of new beginnings: new beginnings for Ben, a new life for Sam, and for us as well.

I will gradually return to a more active life, although yes, I still have lots to unpack & organize. The scores aren’t yet in alphabetical order, nor the DVDs.

Of course I did alphabetize the CDs. 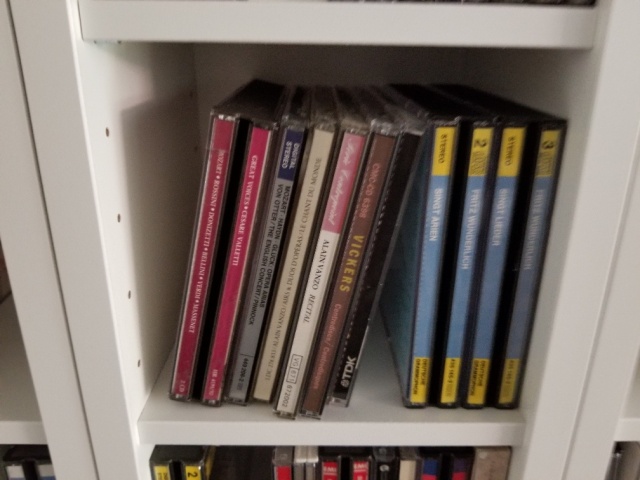 The mysterious dark one is an interview with Jon Vickers.

I am just basking in the afterglow of Ben’s ordination service, that included a very wacky postlude. I cobbled together a medley of tunes based on Ben’s requests (via Facebook), because of his past associations with the Canadian Forces.

And so here’s how it went.

1) We start with “Joyful joyful we adore thee” (aka the ode to joy from Beethoven’s 9th) in G, and forgive me for presupposing that you know that tune.

2) The Farmer’s Boy in B-flat (G being the relative minor to B flat, in other words easy to segue)

3) March of the Logistics branch in E-flat (a natural, especially when the first notes of this march start on that B-flat)

4) …and knowing that Ben loves Star Wars, we did a little segue into the rebellion’s theme in C Minor (the relative minor to E flat)

5) And to finish we go to the Ode to Joy (Joyful joyful we adore thee) in C (major this time) with a big AMEN to finish.

Bridging each segment I let the fanfares from the Star Wars Throne Room scene (near the end of Episode 4) to serve as the natural glue to attach each segment to the next.

I think there’s a party tonight, but I had to get home to look in on Sam, who had been alone all afternoon.  12 years old, when translated into dog years? (7 years for each human year). Do the math.

She’s older than me, that’s for sure.

This entry was posted in Music and musicology, Personal ruminations & essays, Spirituality & Religion. Bookmark the permalink.