The comedy of competence: several species of drag

Amy Winehouse reminds me of Judy Garland.  They both had big powerful voices, larger than life really.  They were both known for excessive use of make-up and drugs.  Given that Garland and her daughter Liza Minelli have a huge following in the gay community,  I have to wonder whether Winehouse does as well.

You may well be wondering what any of this has to do with the title. What’s so funny about competence, and where’s the connection to drag?  Let’s see.

There are several definitions of “drag,” a word people toss around carelessly.  Here’s one for starters, in To Wong Foo Thanks for Everything, Julie Newmar

Noxeema Jackson [Wesley Snipes]: When a straight man puts on a dress and gets his sexual kicks, he is a transvestite. When a man is a woman trapped in a man’s body and has a little operation he is a Transsexual.
Miss Chi-Chi Rodriguez[John Leguizamo]: I know that.
Noxeema Jackson: When a gay man has way too much fashion sense for one gender he is a drag queen.

“First, lets begin with what a drag queen is NOT.

So far so good.  And then Fayye tells us that drag is “an expression of the artist’s view, emotions, creativity, etc., all things that art encompasses.“

But gender travesty is not the only drag realm, even if it might be the most familiar one.

I was inspired to think outside the box by Romy Shiller’s book You Never Know: A Memoir (2009) .   Here’s a quick snapshot from Rebecca Donnelly’s book review:

“Disability drag” is Shiller’s phrase for the way courageous people with disabilities can make society rethink its ideas about body image, identity, and personal growth. “Cyborg drag” is her term for living with a permanent shunt to drain excess fluid from her brain. She is part human, part machine, she says, and this gives her another rare insight into conventional ideas about what it means to be human.”

There’s much more to it than this little summary can really capture, but that’s at least a start.  The popular TV show Glee is an instance of ”disability drag” in its use of an able-bodied actor playing a boy confined to a wheelchair.  At one time

There are other instances of performed travesty.

And why be restricted by the life-forms on the planet Earth?  In the film District 9 a human is infected with genetic material that begins to transform him into one of the alien invaders, a change that is most definitely a mixed blessing. On the one hand (and those who have seen the film will be excused for making a nervous laugh at this accidentally literal choice of words) he is now able to use the alien technology and fire their weaponry; but his status as a hybrid, or half-breed carries some stigma, as we discover.

Shiller (the author I mentioned above) can probably sympathize with the man transformed in District 9; she writes about her own extraordinary experiences, having lost consciousness for months in a medical procedure gone wrong that left her near death, and even now has seen her radically changed.  Now, with her reliance upon technology –not so very different from those of us joined to our various devices—she speaks of “cyborg drag”.  But we are all becoming hybrids of human and machine to varying degrees.

We have seen cyborg drag enacted before, however.  In Terminator 2 and earlier in Robocop, we watched the struggles of various hybrids between human and machine.  In other films, the imitation of humanity by machines –robots or some equivalent—create parodies with varying degrees of authenticity. AI gives us robots strongly resembling humans, while figures from the Star Wars sagas such as R2D2 or C3PO are cartoons never coming very close to human.  In the last hour of the third episode –when we watch the emergence of Darth Vader from the wreckage of his defeat at the hands of Obiwan –we see another sort of cyborg drag, a pathetic remnant.  The science fiction world also gave us the painful hybrids we get in such films as Blade Runner, where the agonizing death scene for Pris (played by Daryl Hannah) sits on the boundary between cyborg and disability, heart-breaking in any event.

And so I’ve touched on so many different kinds of drag, is there anything one can say that they have in common?

Drunks perform something like a drag show.  Foster Brooks made a career out of playing a drunk.  The film Arthur concerns a good-natured drunk whose charm largely can be seen in his incompetence, the various ways in which he falls short.

Does this bring us back to Judy Garland and Amy Winehouse?  I always used to wonder why gay men love Judy, speaking as a straight guy who never really understood why she’s such a big deal.  Is it that  Judy, like Liza, like Maria Callas, was in some respects almost like a drag queen, because the performance of their larger-than-life persona wasn’t really feminine, but more of a parody of femininity?  Or because she’s known to have suffered, but that she gamely went on with the show no matter how badly she was feeling?  On top of the strange imitation of femininity that resembled a dragqueen, Judy also was at times so druggy as to resemble that other sort of drag, as in Arthur.

Addictions get a great deal of attention, fingers wagging but rarely with any compassion. When the person is in trouble the media are heartless.  When the celebrity has passed away, suddenly everyone seems to discover that they always loved the person that they used to ridicule or abuse.

Gabor Maté is a Hungarian Canadian doctor who has made the study of stress and pain his specialty.

He’s written the following, concerning addiction (found on a site that was rather smitten with him“):

“Opiates: we use them as painkillers. They not only kill physical pain, they also kill emotional pain. It turns out that if you look at the brain-scans of human beings when they’re feeling emotional pain, the same part of the brain lights up as when they’re feeling physical pain. So whether I call you a really terrible name that hurts you or whether I cut you with a knife, the same part of the brain registers it. … So the first question when dealing with addiction is always not “Why the addiction?” but “Why the pain?” “

Addiction is problematic because of our bizarre social responses, the two-faced apparatus that sometimes shows compassion, sometimes blame.  When faced with the lack of compassion, it’s understandable that the sufferer would choose to conceal their pain.  This is one of the points of contact between the drag of the substance user and those with some sort of disability, which make sense considering that Maté would have us understand drug addiction as disability. 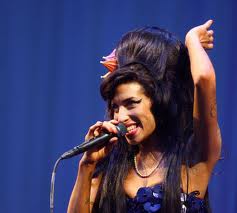 Disability drag is a slippery phenomenon.  Not only is it the attempt by the able-bodied actor to give an authentic portrayal of  someone less able than themselves.  It also encompasses the disabled person attempting to simulate various sorts of competence, trying to avoid the secondary afflictiong of being called “disabled”.  Sometimes a person wants to fit in, to be accepted as competent and able; and sometimes  one wants to signify disability, to be understood as disabled even when the performance of the disability is a kind of travesty.  Tobin Siebers explains the convolutions very economically in the abstract of his  paper “Disability as Masquerade“:

I have been keeping secrets and telling lies. In December 1999, I had an altercation at the San Francisco airport with a gatekeeper for Northwest Airlines, who demanded that I use a wheelchair if I wanted to claim the early-boarding option. He did not want to accept that I was disabled unless my status was validated by a highly visible prop like a wheelchair. In the years since I have begun to feel the effects of postpolio, my practice has been to board airplanes immediately after the first-class passengers so that I do not have to navigate crowded aisles on wobbly legs. I answered the gatekeeper that I would be in a wheelchair soon enough, but that it was my decision, not his, when I began to use one. He eventually let me board and then chased after me on an afterthought to apologize. The incident was trivial in many ways, but I have now adopted the habit of exaggerating my limp whenever I board planes. My exaggeration is not always sufficient to render my disability visible—gatekeepers still question me on occasion—but I continue to use the strategy, despite the fact that it fills me with a sense of anxiety and bad faith…”

I don’t pretend to understand what motivated Amy Winehouse, nor what she felt or thought.  I am certain she was a great performer.  The performances were not only musical, but the performances of someone trying to live up to our image of her as an able and competent person.

At least she is no longer in pain.

4 Responses to The comedy of competence: several species of drag