Concert performances of opera can be a wonderful alternative considering the expense of fully staged productions. Works that would otherwise rarely see the light of day –such as Rossini’s William Tell (hard to sing) or Benjamin’s Written on Skin (recently  composed) —are more likely to be produced in this slightly reduced way. The format usually represents a trade-off, as some aspects of the ideal version are compromised. Without set, costumes or much in the way of spectacle, the focus shifts to the musical side of the equation. For those who are leery of directorial interventions it’s a good thing, allowing one to be certain that the singing will be foregrounded.

The Toronto company Opera In Concert have been offering rarities for over 40 years. Last year for example, they produced Rameau’s Hippolyte et Aricie, Verdi’s Stiffelio and Britten’s Gloriana. This afternoon I heard their production of Charpentier’s Louise.  Although the cast is one of the biggest ever seen in an Opera in Concert show, with roughly twenty different solo parts (there’s one reason it’s a rarity), at its core the plot is a kind of love triangle, between Louise’s overprotective father and her lover Julien. The scenes involving the four key characters (Father, Mother, Louise and Julien) were the most successful, but that’s not surprising. Concert performances may have an ambitious artist or two as their raison d‘être, whether in a singer trying out a role or perhaps even taking their first tentative steps with a new vocal type. With an opera such as Louise it’s an especially precious opportunity, given that

Peter Tiefenbach made an excellent case for Charpentier’s score from his piano. Any Opera in Concert music-director is conflicted between his support of the singers & his need to make his own musical statement. Tiefenbach’s playing was beautiful throughout, keeping a good pace throughout in a reading that was very tight, especially in the crowd scenes. 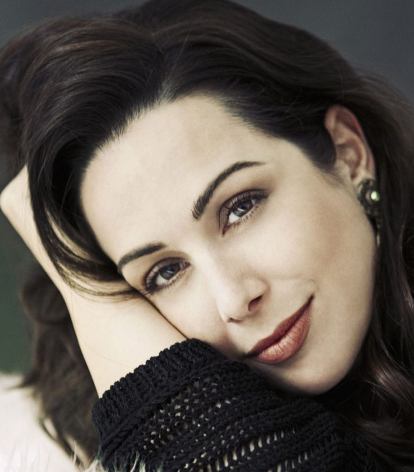 Unlikely as it may be, I hope Leslie Ann Bradley gets a chance to play the part of Louise again. It’s a role that’s usually a vehicle for a star such as Renée Fleming, given that a production would be built around a diva who could fill seats.  Yet the way Fleming sings the big aria “depuis le jour” on her CD –not so different from the way Maria Callas sings it—suggests that this opera is ruined by being handed to stars, particularly considering that Louise is supposed to be young, her aria a celebration of the first days of a first love. When Fleming sings “je suis heureuse” it’s precious and phony, given that the moment calls for a sense of sensual abandon. Bradley? She sang the aria at a quicker pace than Fleming, reflecting both passion and youth. Her diction throughout –not just in the aria but at every moment—was crisp and clear. Her command of the role was so secure that one could simply get lost in her performance, the most accomplished singing I’ve heard at an Opera in Concert performance in a very long time.

Dion Mazerolle and Michèle Bogdanowicz were Louise’s Father and Mother. We watch the characters change over the course of the opera, the Father becoming more unhappy, objecting to his daughter’s new love, while the Mother in some respects seems to moderate, becoming the mediator between Father and daughter. Bogdanowicz sounded great, in a very understated reading, while Mazerolle showed off his wonderful top notes in his dramatic scenes after the interval. Julien was assumed by Keith Klassen, the third person announced in a role after two other tenors worked on it. It seems to be a very challenging role and seems to lie quite high, so I’m grateful to Klassen for giving us a demonstration of Charpentier’s writing; we couldn’t expect the same exquisite chemistry with Klassen as between the other three, considering how recently he undertook the role.

Opera in Concert return in November with Borodin’s Prince Igor.

7 Responses to Louise in Concert