Every year as I prepare to teach the Most Popular Operas course at University of Toronto’s School of Continuing Studies, I have to adjust the course to include the current season’s repertoire.

Fall is in the air, as the nights get cooler.  Three different operas to be presented in Toronto will be rehearsed & then premiered:

After three consecutive Christine Goerke role-debuts, the Canadian Opera Company will be giving Richard Wagner a rest.  Instead of an immense long Ring opera (the five + hours of Götterdämmerung last season to finish CG’s Brunhild-trifecta), Toronto COC fans will have to be content with a single bar of music by Wagner.

Just a single bar? Yes, and here it is. 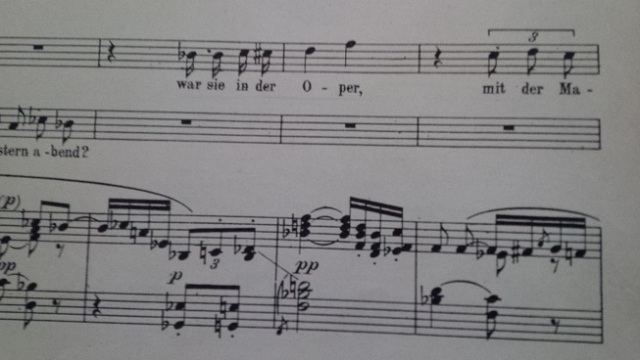 It’s a backhanded reference in the first act of Arabella, the opera that opens the fall season for the COC on October 5th.

Matteo wants to know where Arabella has been.  Not only does Zdenka answer –“ war sie in der Oper”, or in other words “she was at the opera”—but the orchestra goes one better by telling us which one.  We hear the theme for Wagner’s hero Lohengrin.  It is especially apt considering that everyone is pursuing Arabella, while she waits for her dream suitor to come and sweep her off her feet: not so very different from what Elsa dreamt of in Lohengrin.

While I’m still trying to wrap my head around this story, the last in a series of collaborations between Richard Strauss and Hugo von Hofmannsthal, the music is delightful.

I’ve been watching & listening to a DVD starring Renée Fleming & Thomas Hampson from the 2014 Salzburg Festival, and conducted by Christian Thielemann.  If you’re a fan of the music of Richard Strauss you might know that one city & its orchestra in particular had a special relationship with Richard Strauss & his music, namely Dresden.  This is where Arabella premiered in 1933.  If you’ve heard the recordings of Strauss tone-poems and short works led by Rudolf Kempe from the 1970s, you will have noticed how effortless they can make these challenging scores seem.  So too with this DVD, as the Staatskapelle Dresden manage transparency and lightness, so powerful yet without burying the singers in sound. 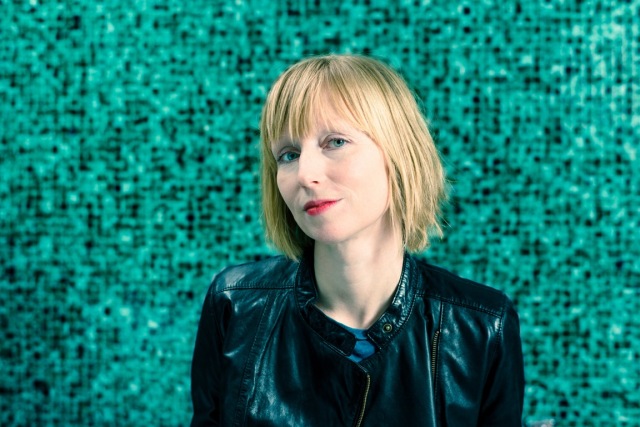 Florentine Klepper’s production is not one to obscure the story in the hijinks of director’s theatre.  Brian Large’s video brings us into intimate proximity with the lovers.

Where Fleming as Arabella & Hampson as Mandryka are quite conservative in their portrayals, Müller as Zdenka & Behle as Matteo give us the quirks and more, just as the plot requires. I was surprised at how compelling this production makes the story. Arabella, who needs to marry someone with money to save her impoverished family, is holding out for love while surrounded by suitors.  Enter Mandryka, who serendipitously has fallen in love with Arabella from afar. A story that might be out of a fairy-tale is juxtaposed against something much messier.  Zdenka is dressing as a man –“Zdenko” as (s)he’s called—because the family is too poor to marry off a pair of daughters.  While poverty might be the plot rationale, Klepper makes us question that, wondering at the psychology of this fascinating young woman.  Zdenka keeps enabling Matteo’s obsession with Arabella (writing fake love letters purportedly from Arabella), even though it’s a bad plan if Zdenka wants Matteo for herself.  Convoluted?  But it has the strength of emotional logic when we watch Müller  struggling against herself, concealing her true self for most of the opera: until of course, she finally consummates her love with Matteo.   I’m looking forward to seeing what the COC does with this opera, starring Canadians Jane Archibald as Zdenka/o, Erin Wall as Arabella and David Pomeroy as Matteo in a production directed by Tim Albery.

In the class we will explore Arabella, Marriage of Figaro, Elixir of Love, Toronto’s autumn operas, as well as the operas of winter and spring such as Rigoletto, Abduction from the Seraglio, The Return of Ulysses, and Anna Bolena, all framed in their historical context.   For further information and to register click here.

3 Responses to An Arabella DVD