In addition to her roles as Founder, Artistic Director, and President of Metro Youth Opera, Applin has performed with the company: as Despina in Così fan tutte in 2011, Adina in The Elixir of Love in  2012, and Serpina in La serva padrona in 2013.  Next up?  Hänsel and Gretel opening next week at Aki Studio Theatre.

On the occasion of the newest production from Metro Youth Opera, I ask Kate Applin ten questions:  five about herself and five more about her role in the company.

When I was a kid, my sister and I were practically like carbon copies of our respective parents: I looked just like my dad with my red hair, freckles, and round face, whereas my sister looked so much like childhood photos of mum, you could barely tell them apart. The striking differences between us have definitely softened over the years, and our physical characteristics have met somewhere in the middle at this point in time.

My mother is a formidable woman – almost anyone who meets her can tell you that right away. She is intelligent, strong, poised, social, and almost always gets her way. She instilled in me a strong sense of self, and a willingness to come up with unexpected ideas and pursue them until they become real. Those traits are the ones I’m most proud to have received from my mother. On the other hand, my father was a very ordered man, with an infallible work ethic, great cooking skills, and an acerbic, British wit. While my cooking and wit are passable, I think my sensibilities tend toward the minimalist side of life, and I see that as coming from my father.

2) What is the best thing or worst thing about being artistic director of a company such as Metro Youth Opera?

The most gratifying part of running Metro Youth Opera is getting to see directly how the company can contribute to the careers of the emerging artists that pass through it. Knowing that our mission and mandate has helped a singer transition to a new stage in their career makes all the hard work worth it. I only wish that we had more time and resources to be able to mount more shows and help more singers on their journeys. 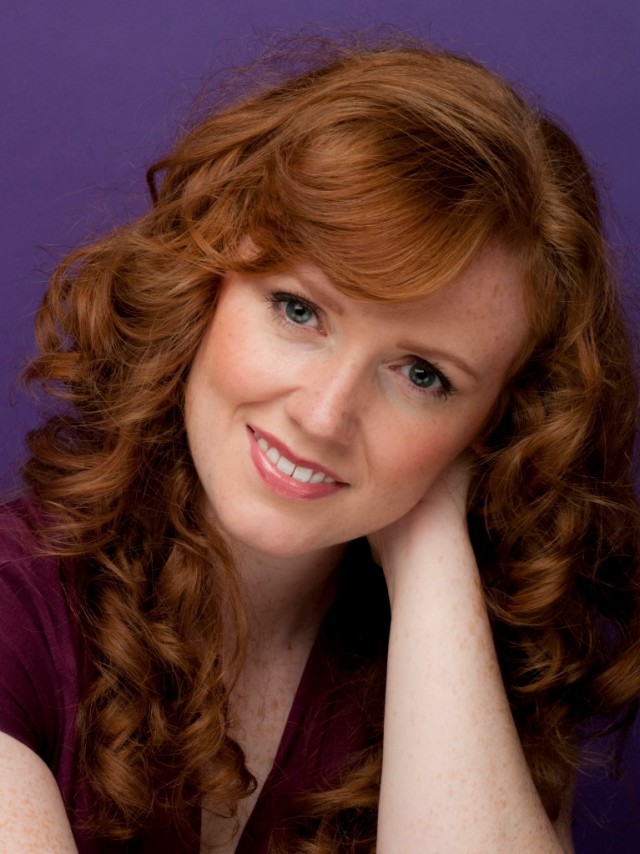 I was fortunate as a kid to grow up in a house full of music. My dad sang in church choirs in England as a boy, played some classical guitar, and taught himself to play Bach by ear when he turned 50. My mum was always singing when I was young – she trained quite rigorously and competed as a soloist in NATS and other competitions here and in the US. To this day, she is still very musically active, and sings with the Orpheus Choir of Toronto. I can remember lazy Sundays spent being quizzed on music as a kid: was this Mozart or Bach? King Crimson or ELP? Joni Mitchell or Joan Baez?

Growing up on such a mixed musical diet leaves me with a varied palate, and I tend to choose my music based on my mood or activity. Some days, I’ll pop on a favourite set of art songs (I could listen to La bonne chanson any day), somedays it’ll be a Songza playlist of indie rock, and sometimes I just need some serious Beyoncé empowerment to get me through the day.

When it comes to what I watch, I’m a bit of a TV marathoner. I don’t have cable, so I binge watch series on Netflix. Most recently, I watched the first three seasons of Homeland. I love Carrie’s strong and smart, yet morally questionable character. It’s very empowering to see the shift that’s happened in television lately: female characters painted with the same, complex brush that has been used on male characters for ages.

Easy one: Dancing! I wish I was a talented dancer, because I love to move. I love, Love, LOVE to watch great dancers to their thing. Whether it’s ballet, tap, ballroom, hip-hop, modern…these artists have me, hook, line, and sinker. I am fascinated by the capability of the human body. We explore parts of it in our work as singers, of course, but I am captivated by the extension, flexibility, strength, and grace of great dancers.

My favourite way to relax is at home with friends, a glass of wine, some good cheese, and my cat. My partner and I love to have a mixed bag of friends from a variety of circles come over to meet, eat, and have fun, thoughtful conversation. I can’t really think of anything better than being social and at home at the same time!

One of my favourite things about this season’s production of Hänsel & Gretel is our cast. This is one of the most cohesive groups we’ve ever put together in a room: their energy, talent, enthusiasm, and commitment encourages me in my work as producer.

I would say, on the production side of things, that Hänsel & Gretel is the most difficult show we’ve done so far because of the size of the cast. The leads are few (there are just 7 of us), but I was determined to have a children’s chorus in the show, and I had never mounted a show with kids in it before. Adding an extra 10 singers into the mix has brought with it its own set of challenges, but mostly joys. For a decade of my childhood, I sang with the Canadian Children’s Opera Company, and I was an eager and committed chorister for those ten years. This is where I really began to explore my love of opera, and one experience, in particular, is one of the most important factors that has brought me to where I am today. Singing in the children’s chorus of the Canadian Opera Company’s 1998 production of Hänsel & Gretel was like being part of a real-life fairy tale. We got to sing, dance, and play onstage each night amidst Maurice Sendak’s magical production. It was like wonderland to me.

Fast forward more than 15 years, and you can understand why I was so determined to have a children’s chorus in my production. We are fortunate to be working with 10 fantastic kids from the CCOC this season. It feels like things have come full circle for me, and I hope that MYOpera is able to give these young singers the same feeling of awe, wonder, and excitement about opera that I felt when I was their age.

2) What do you love about Metro Youth Opera?

My favourite thing about Metro Youth Opera is getting to watch the company do exactly what it set out to do. When I started MYOpera nearly 4 years ago, I saw a need in my community of emerging artists. We needed somewhere to incubate as we honed our craft, but as a performer you can’t incubate as an island. The only way to really improve your performing skills is simply by performing, and I felt that there weren’t enough opportunities to do that without landing yourself deep into debt with school, training programs, lessons, coachings, and the like.

At this point, Metro Youth Opera has hired over 25 emerging artists, and seeing their professional growth after they’ve left the company is the most rewarding part of my job. MYOpera alumni have been accepted to train in Young Artist Programs with the San Francisco Opera (Merola), the Canadian Opera Company, Opéra de Montréal, and Calgary Opera, and have been accepted to graduate and post-graduate studies across Canada and the US.

3) Do you have a favourite moment in Hänsel & Gretel?

Hänsel & Gretel is such a magical opera for me, so it’s hard to choose just one favourite moment! I find that the music in the pantomime scene between Acts II and III is exceptionally beautiful, though, so that might take the top spot. For our show, don’t expect a gilded staircase and flying angels, though. Our director Alison Wong has put together thought-provoking concept that addresses some questionable aspects of our consumer culture. I’m confident that audiences will leave the theatre feeling both challenged by the questions raised and satisfied by the story, the music, and the work of these talented artists.

4) How do you feel about the importance of Metro Youth Opera?

I started MYOpera with a very specific purpose: to give Toronto’s emerging artists the opportunity to perform complete roles and be compensated for it. I think the formula has worked so far because of our dedication to the company’s mandate: we only hire emerging singers with little or no professional (read: paid) role experience; we choose operas that can be performed with a small cast and a piano, and we give our artists the opportunity to take part in fully staged, costumed productions on well-thought-out, minimalist sets. By deciding years ago that this company was designed to serve the emerging artist, and that the emerging artists are not there to serve the company’s vision, we have created a formula that has legs to continue as long as there are emerging artists in need.

5) Is there a teacher or an influence you’d care to name that you especially admire?

I think many singers create strong bonds with their teachers and mentors, and there are certainly a few that have made me the person and artist I am today. They include, in chronological order:

1 Response to 10 Questions for Kate Applin