Two from Menotti: The Telephone and The Medium

Coming home, the gibbous moon in front of me on Gerrard St scared the crap out of me.

Oh sure, I know all about this scientific phenomenon, where the moon looks over-sized when close to the horizon, surprising us sometimes.

Tell that to my viscera.

I’d been to see a pair of operas, and had even had a chance to congratulate a cast member. Even so, something in the illusions & emotions they stirred up must have lingered. There I was having an experience to mirror the melodrama of the heroine, like her, trying to deconstruct the magic into something explicable.

Please don’t mistake me, I don’t denigrate the work by alluding to “melodrama”: an apt description of Gian Carlo Menotti’s The Medium, the second of the two works I saw staged tonight. I’m sitting here, still pulsing with the emotions stirred by this production, thanks to music director William Shookhoff’s playing, and especially Karen Bojti as that Medium.

Menotti doesn’t offer us anything musically that hadn’t been done half a century before—and better—by Debussy, except for one thing.  Much as I admire Pelléas et Mélisande, it gets produced every now and then in big opera houses. Menotti? He’s the third most produced composer in the USA according to operabase.com, a site that crunches the numbers for the big companies of the world. Meanwhile Menotti’s Amahl and the Night Visitors–originally presented on TV–keeps getting staged in churches all over North America (if not the world), that opera alone likely making him the real #1 composer in America. Similarly, for companies such as Loose Tea, Essential Opera or tonight with Opera By Request (to name the three most recent companies I’ve written about in Toronto), who are small enough to be under operabase’s radar, operas such as Menotti’s The Medium or The Telephone can be a lifeline, and essential to survival. I’m also thinking about this because I’ve been listening to Dean Burry’s Baby Kintyre, his new opera CD. Burry too has been hugely successful because of taking the compositional road less traveled, in his ubiquitous The Brothers Grimm, supposedly the opera that’s been produced most of any opera ever composed by a Canadian. I need to ask Mr Burry if Menotti was his model, another composer whose small-is-beautiful aesthetic might have served him well as a template.

Okay, I suppose my nervousness has subsided finally, possibly dissipated by all the hyper analytic energy I used in the previous two paragraphs (an avoidance?). But I was moved a great deal by what I saw and heard.

It was the team of Shookhoff & Bojti who are especially to be thanked. Menotti’s opera is a very simple work, so long as you surrender to it and perform it with conviction.  Don’t be fancy, just sing and play what’s written. While I enjoyed the other performances, they were still largely operatic, which is to say, with a kind of self-consciousness about singing and voice, the ostentation of singers who are trying to be their roles and aren’t quite there. Bojti? she came from another place, fully channelling –excuse the pun—the emotions of her character, without any sense that she was doing what opera singers often do: worry about this high note (careful inhale, telegraphing what’s coming next) or that entry (glance at the conductor). At times she sounded ferocious, not always pretty in her attacks.  This is some of the best operatic acting I’ve ever seen, precisely because I didn’t feel trapped in the usual approach to singing & acting.

I must also credit Director Stephanie Ferracane, for a progression of suspense that built inexorably to the final scene. Light moments and the occasional moment of dark comedy (when you’re not sure if you should laugh or not) offered some relief before the climax, all balanced to perfection. Mener Pavri’s Monica and Enzo Voci as the mute Toby were totally sympathetic, balancing Bojti, who dared to be really nasty at times, undaunted by the ugliness lurking in her character (and please note, this was really hard to type about someone who is a good friend…!). 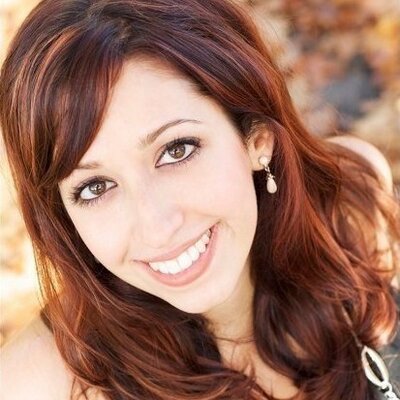 The other half of this double bill was a total contrast, namely The Telephone. Stephanie Ferracane (the director) portrayed a dizzily irritating Lucy (the name seems apt doesn’t it?  But she reminded me of –gulp – myself when I spend too much time blogging, when I should be paying attention to the family at home), opposite the golden tones of Andrey Andreychik as Ben: one of the nicest voices I’ve heard in awhile. I believe Ferracane, Andreychik & Shookhoff gave Menotti a fair hearing, although compared to the other work it’s a bit of fluff.

Shookhoff & Opera By Request will be back September 27th for Lucia di Lammermoor.

1 Response to Two from Menotti: The Telephone and The Medium