I have a subscription to the Canadian Opera Company, a pair of seats in the second row. When I offer them to friends (when one or the other of us can’t make it) I’ve been told there are disadvantages to this location:

Yeah right.  And sometimes I only prefer to smell chocolate or a glass of wine rather than tasting it and drinking it.NOT!

Let me interrupt this tirade to toss out a few theoretical tidbits.

Opera always seemed to be the medium for people who have a lively imagination.  Wagner expects us to imagine gods, giants, talking birds, dragons, nymphs, and rainbow bridges.  Opera composers –not just Wagner—expect us to watch lovers sing about their passion.  And for centuries we lapped it up, largely because we had no choice. 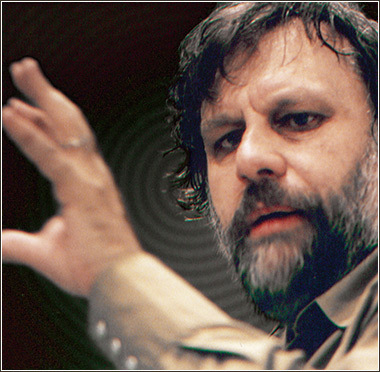 I say that all as a preamble to some of what’s ailing opera right now.  Just as it’s a truism to say that the groundlings of Shakespeare’s time were easily able to handle the bard’s wordplay, or at least more easily than a modern audience, so too with the imaginary challenges posed by opera.  We may be daunted at the thought of flying horses or the twilight of the gods, but at least it’s been possible to imagine middle-aged singers portraying Romeo or Juliet (both in their teens), or Madama Butterfly, herself a mere fifteen years old.  Why? Because we don’t sit close, we listen and are enchanted.

Need I add, that until recently, fat women regularly portrayed the object of desire without anyone suggesting this wasn’t believable.  I find it disappointing that plus-sized divas are not as common as they once were, as though the opera world is catching up to the literal-mindedness found everywhere else in modern culture.  I thought opera-lovers were better than that.  But I digress.

Times have changed.  We don’t just have Freud, Jung and the rest of them.  We also have cinema, another possible cause for opera’s demise: that is if you believe the rumours of its death.  I think opera is alive, but that the audience is continually changing.  We have been watching film for over a century, and television for over half a century.  Our understanding of drama has been transformed, both as viewers / auditors, but also as performers.

So let me get back to the live theatre question.

I was fascinated that some reviewers were completely delighted by the new Canadian Opera Company Barber of Seville, while some (myself included) had misgivings.

Could it be a function of location (that is: where we were seated)??

When I see an opera for the first time from my subscription seats I am sometimes entranced by elements that simply don’t work from a distance. Last night I saw Barber from Ring 3, while I know that some of the reviewers were in the orchestra, closer to the action & the performers.  Alek Shrader and Renato Girolami played their movements & expressions larger than life, whereas I found that, however charming the singing & expressions of Hopkins as Figaro, the subtleties didn’t read for me in my balcony seat.

I am reminded of an old concept, namely the Serlian stage(read more about Sebastiano Serlio here): an approach to the stage whose perspective only worked for the Prince: whose seat was the focus of the perspective.  Imagine a theatre where only one seat saw the set properly, and where every other view was distorted.  In some respects that’s what you get if you have a performance where singers can’t be heard or their performances appreciated outside of the good seats.

I thought I’d encountered a modern version of that experience when I saw Robert Lepage’s Ring, where the broadcast audience had a better experience than those in the theatre: because the singers via amplification sounded adequate, but not so good in the hall (where some were actually booed).  And I realized I’d seen something similar –also from Lepage—when I saw his Stravinsky operas with the Canadian Opera Company.  I’d been enchanted when I saw it from my second row seats, but when I saw it a second time from somewhere up high (Ring 4 or 5?) suddenly the powerful puppets that captivated us when they were ten feet away, had little or no impact to those of us up top, a group who were puzzled at what all the fuss had been about, given how weak the impact of the visuals up in the nosebleed section. While i don’t think Lepage meant to impose a class distinction, the implication was clear to me: that the best experience was had by those who paid for the best seats, while the cheap seats offered a mere shadow of that experience.

The Metropolitan Opera is genuinely democratic, taking its mandate as a national treasure seriously, by insisting that performers play big, so that those who can’t afford a princely sum, can still see and hear a good show. I don’t believe the COC is aware of this issue, perhaps seduced by the rapturous press usually given in support of their excellent opera house.  Yes it’s excellent, but it can’t work miracles.  While I could hear really well up there, if a singer stands still and emotes as though he were in a TV show rather than in a big theatre, his expressions won’t be seen.

Some performers manage to be brilliant at any distance.  Sondra Radvanovsky, Susan Graham, Michael Schade, Russell Braun, Gerald Finley, have all been magnificent whether seen up close or from afar.

Most recently, the expressions & singing of Girolami & Shrader worked from afar.  But this is a great reminder as I come up to the deadline to renew my subscription tickets in the second row. I’m not about to give up these seats, not when so many performers seem to act as though they were in a film rather than a live theatre.