Soprano Barbara Hannigan is also Conductor Barbara Hannigan.  We knew she could sing. Tonight she sang and conducted the Toronto Symphony, her first time conducting an orchestra in North America.  This wasn’t just a concert to enable her to plant the flag on that particular mountain-top.  And there have been other woman conductors.

But it was a remarkable concert, showing off a very intriguing set of chops, a virtuoso unlike any other.

We began with an unaccompanied work for solo voice, Nono’s Djamila Boupacha.  I was reminded of some of the different vocal sounds I had heard in a pair of recent concerts (Love Shards and Beyond the Aria), the voice sometimes almost inaudible, sometimes throbbing, sometimes engaged in the more classical sound.

And without further ado Hannigan swerved into Haydn, physically turning about (facing the orchestra this time rather than the audience) to segue directly into the opening of the Symphony #49.  I find this kind of contrast very useful, encouraging us to see what is new and edgy in an older work by placing it directly beside the newer work, as though they were hanging in the same gallery side by side.  Haydn’s penchant for drama was called forth by Hannigan’s approach, which resembled something rhetorical, as though an exhortation rather than the usual beating of time.  In places she stood still, her hands down as though waiting to see some kind of response –eye contact?—from the TSO players.  But this was very dramatic, those moments of stillness from her often punctuating a fresh attack.  She conducted from memory.

I was reminded of something I’d observed with Historically Informed Performance, except in reverse.  The old chestnuts of the repertoire are reinvigorated by HIP. But maybe the same has always been available in reverse: that a bold and modernistic (if that is the apt adjective, thinking of the appreciation for the edgiest elements of newer music) reading can re-vivify any music, new or old.

The next item on the program was my favourite, an early composition of György Ligeti.  I had read that he had been doing research into folk music, partly from interest, but also strait-jacketed by the Stalinist context in which he worked.  Concert Romanesc was apparently re-constituted much later (from rough notes) after the work was lost in the conflict with censors who had objected to the work in its original form.  Listening to this piece for the first time tonight I couldn’t help thinking that this was like a fit of ear-worms loosed upon an audience by someone obsessed by the tunes he was studying (I could almost imagine the composer saying to his imaginary audience as he composed “if these tunes have to be stuck in my head, they’ll be stuck in your head too!”).  Ligeti at this point was more tuneful than the composer we’ve come to know via Stanley Kubrick (2001 and The Shining), sounding a bit like a Hungarian Copland, the piece sounding like a Transylvanian Rodeo.   At times we’ve seen the TSO under other conductors roaring along with phenomenal precision and clarity, but not necessarily remembering to bring their hearts along for the wild ride.  As I watched Hannigan lead the TSO through the Ligeti, I thought that whether it was slow and soulful, or occasionally frenetic this was always a consensual frenzy, the orchestra like a big powerful animal comfortable under her reins and never feeling whipped or abused.

And as I pondered headlines (as I sometimes do) I giggled to myself thinking that instead of “Garbo Talks!” we could have “Hannigan conducts!” She did indeed, and very well. This is what the TSO should always aim for, namely a guest conductor who offers a fresh perspective on music and performance.  I hope we hear her conduct again!

After intermission we were treated to an impressive performance of “Bella mia fiamma,, Resta o cara”: a Mozart concert aria.  A purist might have been troubled to see the soloist leading the orchestra while she sang; you’ll know that when I say such things I am usually about to slam dunk the purist through the hoop. There is no such thing as a proper approach to a concert aria, a hybrid oddity if ever there was one. To find a viable way to perform such a thing is surely a good thing, regardless of whether it’s traditional or not.   As with her work last year in the New Creations Festival, it was amazing to see the voice emanating from the midst of the sound of the orchestra, her movements and gestures an organic reflection of the music itself.  Good conducting should be like that, almost as though the music + conducting creates a kind of total art or Gesamtkunstwerk, a union of media as the ensemble is led by the perfect gestures melding with the music.  How could it be better than to have the vocalist lead the ensemble, her gestures discreet and just enough to delicately suggest tempi?

Of course what Hannigan did was impressive.  I giggled to myself wondering: “what would Mozart say?”  But I think he’d be fine with it.  This was a virtuoso display, and we have in many respects lost touch with the virtuoso impulse in our fascination with method acting and verisimilitude: values that emerged long after Mozart was pushing up the daisies.

We finished with a more conventional display of conducting, Hannigan leading the TSO in Stravinsky’s Symphony in Three Movements, beating time in the usual manner because of course the work isn’t amenable to the sort of rhetorical approach Hannigan tried in the more conventional works.  Here too the TSO responded gloriously, playing with a wonderfully organic feeling throughout.  Inner voices came through beautifully, and it all hung together as though they were actually listening to one another.  It sounded marvellous.

Too bad the attendance wasn’t huge, even though this was one of the most fascinating displays I’ve seen in a long time.   But of course who knew that the Ligeti could be such a crowd pleaser, that the Stravinsky would elicit such a big ovation from the audience?

I hope the TSO brings Hannigan back. 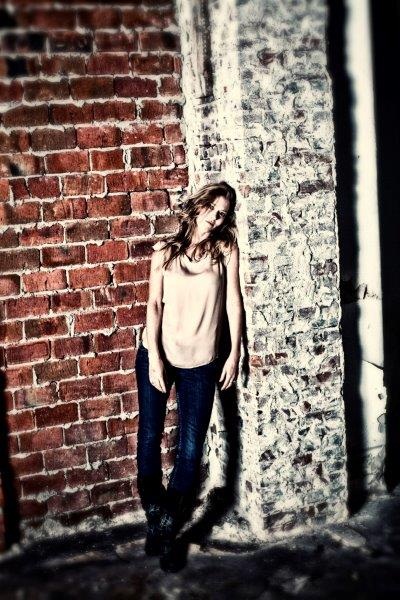 This entry was posted in Music and musicology, Reviews and tagged Barbara Hannigan, Toronto Symphony Orchestra. Bookmark the permalink.