CanStage / Soundstreams Julie: so old yet so new

Tonight I saw the North American debut of Philippe Boesmans’ opera Julie in a joint production of Soundstreams and Canadian Stage, at the Bluma Appel Theatre, a triumphant opening in front of a full house.  You might want to attribute its success to its adherence to convention.  It’s as old as the clichés of opera:

But that observance of convention is only half the story, as Julie does some things that you don’t usually see in opera. 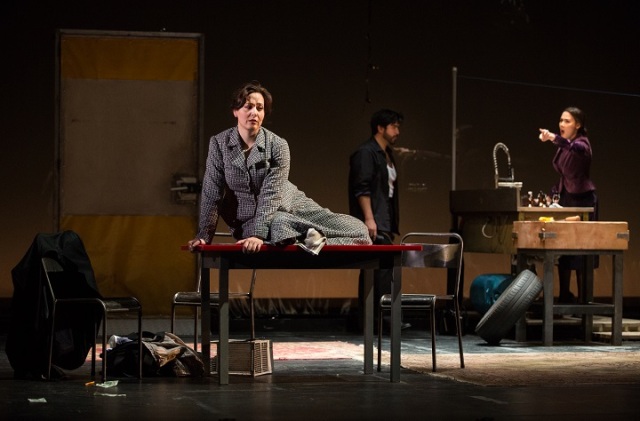 A page of text in a spoken play usually moves much faster than what one finds in most operas.  Composers slow things down, adding opportunities for  the singers to show off, to repeat lines or for other purely musical effects (when the composer is the one showing off): which are usually the enemy of verisimilitude.  Opera is usually a form pushing the signification into something symbolic, reflective and normally much slower than the original play being adapted.

But Boesmans’ opera is fast: breathtakingly fast.   Julie runs about 70 minutes, which is actually shorter than the original play, which is normally about 90 minutes in length.  This is especially remarkable when we remember that the story of Julie, from Strindberg’s Miss Julie, is in a “naturalistic” style.   I recall from my Modern Drama class so long ago, that Strindberg sought to play up the element of Darwin & natural selection, and so we shouldn’t mistake “naturalism” for “realism” although there are parallels between the two.  How does one reconcile Strindberg with the poetry of opera?  The answer is Boesmans’ approach plus a libretto by Luc Bondy & Marie-Louise Bischofberger, which is to say, that it doesn’t allow the composer to dwell on anything, the way composers sometimes have done in the past.  Tosca, for example, that verismo opera involving murder & mayhem, still gives the tenor and the soprano moments for arias.  Not so Julie, which really does cut to the chase, making Tosca look like Hansel & Gretel.  There are moments when reactions are a bit operatic, but they’re very economical. Boesmans does build a great deal of ebb and flow into the score, which does sometimes race along, and  at other times seems to pause to reflect or brood.   At some point i’d like to get my hands on the libretto of Julie, to compare it to Stringberg’s play, to see what cuts were made to achieve such economy of means.  Like a fast car, this opera is genuinely streamlined.

Boesmans’ moody arioso is very original, responding with great agility to the emotional nuances onstage, shifting from one affect to another, seemingly as instantaneous as a good film score, which is to say, it stays out of the way of the story, and doesn’t call undue attention to itself.  The ideal filmscore is supposedly the one that’s never noticed, and indeed there are lots of moments when one gets so lost in the story that one isn’t really concerned about the specifics of the score or the singing. 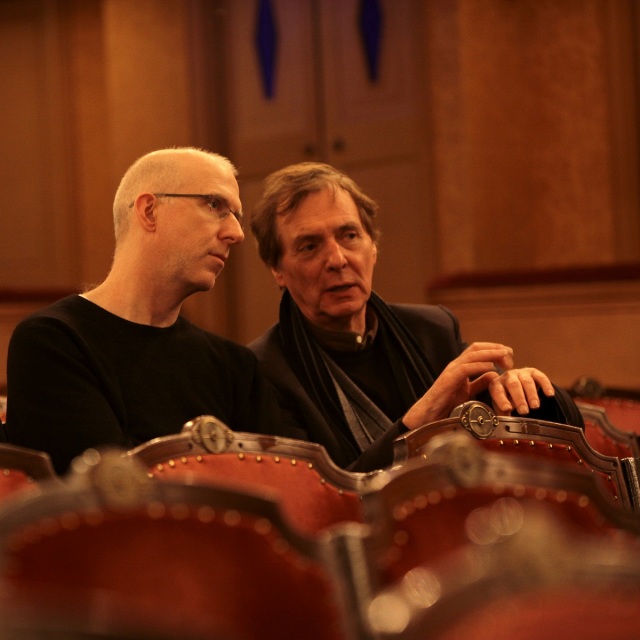 Director Matthew Jocelyn painted a very busy stage picture, the action often frenetic among the principals, each character given a vivid portrait.  Lucia Cervoni was the larger-than-life aristocrat Julie, the voice rich & full.  Clarence Frazer was a very physical Jean, youthful and strong, while Sharleen Joynt as the more proper & conservative Christine established a completely contrasting presence to the other two.  The acoustic in the Bluma Appel Theatre is very friendly, with a small orchestra in a sunken pit, conductor Les Dala never covering any of his singers.  The text isn’t fully intelligible without the surtitles, which were most welcome.

It’s worth noting that this is not a presentation of a song cycle or something non-operatic purporting to be an opera, as so many companies have done lately in the GTA. This is a real new opera, and wow there’s no comparison.

Julie runs until Noveber 29th at the Bluma Appel Theatre.

This entry was posted in Opera, Reviews and tagged Matthew Jocelyn, Philippe Boesmans. Bookmark the permalink.

2 Responses to CanStage / Soundstreams Julie: so old yet so new