Posted on February 4, 2016 by barczablog

If each season announcement by a major Toronto company is a demonstration of core values, the Toronto Symphony were in perhaps the most challenging position, having declared their intention to be the most innovative & inclusive orchestra in the world’s most inclusive city. But having set the bar so high they did not disappoint.

Before a note was played or a word uttered we were already in a new place, sitting onstage at Roy Thomson Hall facing out into the auditorium. How cool to be sitting there looking at Peter Oundjian at a podium, even if he wasn’t conducting us but simply announcing the season highlights.

This will be a very exciting year to be in Toronto, as everyone (the COC, and Tafelmusik, and Opera Atelier) commemorates our Sesquicentennial in different ways. In January 2017 CANADA MOSAIC pays tribute to some of the Canadian composers who made our country proud during the mid-to-late 20th century including works by Ridout, Mercure, Coulthard, and Weinzweig.  Even more exciting is the prospect of a series of commissions to be made in collaboration with other Canadian orchestras, but the details are still largely TBA.

The concert presentation of films in partnership with TIFF continues.

There will be four offerings: 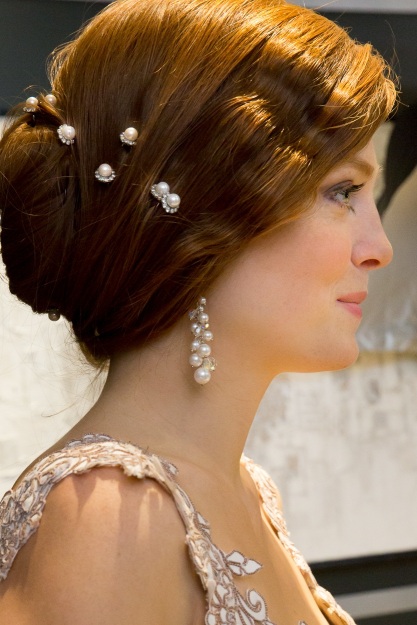 The Decades Project continues, taking us to the roaring 20s in the fall of 2016 (Gershwin, Rachmaninoff, Kodaly, Mihaud, Walton, Ravel) including a pair of works showcasing talent in the orchestra namely Vaughan Williams’s “The Lark Ascending” with Jonathan Crow, violin and Walton’s Viola Concerto with Teng Li, viola. We’ll go on to our exploration off the 1930s to begin 2017, with a series of big projects, namely Belshazzar’s Feast to be led by Sir Andrew Davis, Carmina Burana, and a return by Joel Ivany –who directed the Mozart Requiem so recently—for a semi-staged Seven Deadly Sins with Wallis Giunta (appearing this Friday & Saturday with Tapestry by the way).

Soprano Renée Fleming returns to sing with the TSO on opening night.

We heard a great deal about the TSO’s ambitions to be a central part of this city, hoping to someday welcome students from all schools in all parts of Toronto, a beautiful goal that depends on funding.

For all the new & challenging programming, the most exciting thing I heard was that for the next Mozart Festival aka Mozart @261, we would be hearing the Toronto Symphony playing at Koerner Hall led once more by Bernard Labadie. This orchestra is better than people realize from what we hear at Roy Thomson Hall, as I discovered in Florida last month. They will sound heavenly in Koerner. Among the artists appearing with the orchestra in that festival will be young pianist Leonid Nediak in his TSO debut. Nediak came forward to play the Rachmaninoff prelude in G minor for us, a fabulous performance that moved us to applause and clearly left Oundjian so moved he was barely able to talk afterwards, just as he had been fully appreciative of earlier performances of his TSO colleagues. The chemistry is quite beautiful to watch between Melanson, Oundjian and the young players of the TSO, as though their biggest fans were their CEO & their music director.

If it’s contagious I’ve caught the bug… I’m a big fan too.