Danny Ghantous is a recent graduate of Ryerson University’s Performance Acting program, and recently starred as Sadiq in Factory Theatre’s acclaimed production of A Line in the Sand directed by Nigel Shawn Williams.

“It will take me a long time to shake the images of recent Ryerson graduate Ghantous’ imploring, too-eager-to-please smile”
– Karen Fricker, Toronto Star
“As Sadiq, Danny Ghantous has the poise of a pro.”
– Lynn Slotkin, The Slotkin Letter

Next up, Danny’s preparing for the screwball comedy Lemon, to open May 25th with Filament Incubator. I took the opportunity to check in with Danny to ask a few questions.

If I had to choose I would say I’m more like my mother, but I’m discovering everyday as I mature, how I am slowly becoming more and more like my father. I think I like to think of myself as more akin to my mother because of her creative eye and intuition. She’s a former graphic designer, a current hobbyist of jewellery design and has a keen eye for aesthetic. Whereas my father, as an engineer, is very logical, precise and careful. Nonetheless I think I carry the Arab passion that is imbued within them both and it translates in my personality and my work.

In terms of theatre and acting in general, my parents have no idea where I get it from. I think it came from the fact that I was raised in many different countries by quite reclusive and very safe parents who seldom had me playing outside or meeting new friends, so I planted myself in front of a television (theatre in Egypt was limited to the occasional private school production, usually of fairy tales). The shows and films I watched shaped my view of the world, and how society and people worked. I idolized the fantasies and relationships I saw on the screen and I wanted to be a part of them. Wanting to act, create art and perform wasn’t form of escape but rather, a means of inclusion.

2-What is the best thing about being an actor?

The play. In the sense of playing around. With the words, the relationships, the minute details, the history, the story and the means of communicating it all to the audience. I find play both in the physical and emotional work on stage, as well as the long discussions at the table. The act of creative collaborations and discussions, allowing the ensemble as a whole to shape the product, is what excites me the most.

3-Who do you like to listen to or watch?

If you’re referring to music, I listen to artists from so many different genres, from rock, to hip-hop, to funk, to jazz, to classical music and more. I love discovering new music, and I’m always searching for more (unless its country or pop, no offence, I just don’t prefer it). Some artists I really like right now include Anderson .Paak, Hiatus Kaiyote, Kaytranada, Skepta, Hop Along, Kendrick Lamar and Courtney Barnett. If you’re referring to people in general, then I would say just people in general. Walking along the streets of Toronto you come across a lot of different characters. Keeping an ear out for how they speak and what they say informs you of the people in your community. Which, as an actor, can actually help you develop characters, based off of real living people. As well, I love to hear artists talk within and about their craft. Getting the chance to be in a rehearsal space with a director and actors, and seeing the way they shape the actions and story, is mesmerizing.

4- What ability or skill do you wish you had that you don’t have?

I wish I could play an instrument. I always wanted to my entire life, but I just can’t seem to buckle down with an instrument long enough to learn enough. My dream is to be able pick up or sit down to an instrument and play whatever music is in my head without thinking about it.

5-When you’re just relaxing and not working what is your favourite thing to do?

Eat. I love food. Discovering new restaurants and cuisines around the city, and also trying new recipes to cook at home gets me really excited. There’s always a sense of play in my kitchen. 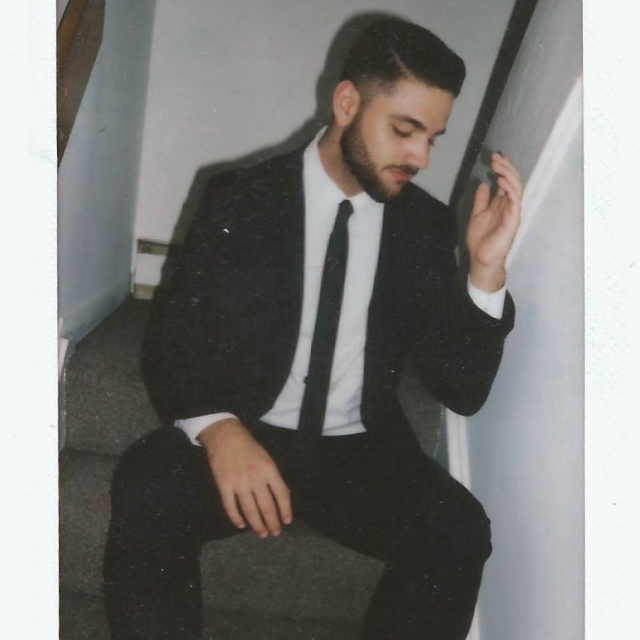 Some more about Lemon with Filament Incubator

1- Please talk about your connection to Filament Incubator.

I became involved with Lemon after one of its co-founders, Aaron Jan, saw me at a reading for another show and asked me to audition for Filament Incubator’s second show in their season. When Aaron sent me the sides to the script, the energetic writing and the pace throughout the scenes genuinely excited me. I came out, feverish and suffering through the flu at the time, and by some miracle they saw something in my approach to Dennis as a character.

2- I found this description of Lemon:
Desperate to retain her potential after courting a barren, post-college job market, Liz opens a lemonade stand on her parents’ front lawn. It wouldn’t be so bad, if her high school fling wasn’t determined to rekindle feelings between them, and her eight-year-old competition wasn’t willing to go to any length to ensure her downfall. A biting satire of a downtrodden economy, Lemon is a tale of dog-eat-dog-eat-dog.
…Please talk about Lemon and what attracts you to the play.

These days a university degree is becoming less and less valuable in the job market. There are thousands of people coming out of these institutions who aren’t able to find work in their field. As a recent university graduate I understand this reality all too well. When I read Lemon I could see the thoughts and fears of my generation come to light through satire. Lemon excellently showcases the struggles of post-graduation, of love, of power and of potential.

3- A famous quote says “Dying’s easy, comedy is hard.” Talk about Lemon, as an opportunity to play comedy and why it’s so hard.

I think considering my darker features and looming, broad body, I got used to being cast as very villainous characters. So any time I am given the opportunity to play a character that doesn’t have a blood lust, I get very nervous. The implicit difficulty in playing any comedy is both the necessity for the appropriate response from the audience and at the same time not playing the comedy. I say this in the sense that if you play any joke, as an actor, acknowledging its humour, the joke falls flat. Getting to play Dennis is both a challenge and a pleasure. He has the power to be optimistic even in the face of complete failure. And though it can seemingly come off as ridiculous, as an actor I have to always come back finding how all of his actions, ideas and decisions are grounded in a real, desperate will to push forward.

4- Talk about this project in context with your recent experience in Factory Theatre’s A Line in the Sand, universally well-received and a totally different kind of project.

After reading Lemon for the first time in its entirety, I immediately saw the similarities between Dennis and Sadiq, my character from A Line in the Sand. Both exemplify this desperate need to break free of the cycle that they feel they are they are trapped in. They both cling to their will as a coping mechanism and a means of survival. I learned so much from A Line in the Sand, from all the people involved, and it has helped my process as an actor, immensely, especially throughout the rehearsal process for Lemon. Getting the opportunity now to work and create new and exciting works with young artists excites me for the world I am entering into.

5-Is there a teacher or influence you’d like to acknowledge?

I would like to thank every teacher at The Ryerson Theatre School, or as it is now called The Ryerson School of Performance. To Perry Schneiderman, to Marianne McIsaac to Cynthia Ashperger, to Philippa Domville, to Ian Watson, to Sheldon Rosen, to Irene Pauzer, to Leah Cherniak, to Diana Reis, to David Warrack, to Allen Cole, to John Boylan, to Patrick Robinson, to Vicki St. Denys, to Rafal Sokolowski, to Steve Wilsher and more, I thank you all for your hard work, dedication and patience. As well I would like to thank Diana Yassin, wherever you are, thank you for seeing something in me that I never thought would spring. Lastly I would like to thank, from the bottom of my heart, Mr. Bob Anderson and Ms. Carole Anderson. Without whom, I would have no voice, and who taught me, through music and choir, some of the most important lessons that I still use in my approach to acting.

Danny Ghantous stars in Andrew Markowiak’s Lemon produced by Filament Incubator from May 25th until June 5th with LeeAnn Ball and Julia Hussey. For tickets click .

Written and Directed by Andrew Markowiak
Presented by Filament Incubator

This entry was posted in Dance, theatre & musicals, Interviews. Bookmark the permalink.