A Tale of Two Cities: the opera

Charles Dickens’ novel A Tale of Two Cities (shall we call it TTC for short?) has now been adapted by composer Victor Davies and librettist Eugene Benson as an opera, and given its world premiere production by Summer Opera Lyric Theatre and Research Centre (known as “SOLT”). That’s the same team who gave us Earnest, The Importance of Being (or EIB) premiered in 2008 by Toronto Operetta Theatre and revived just last year by TOT. When I say “the same team” I am loosely conflating TOT and SOLT, given that Guillermo Silva-Marin is the driving force & artistic director of both organizations. I’m hoping that history repeats itself; just as TOT premiered and then revived EIB, perhaps we’ll get to see TTC revived as well. 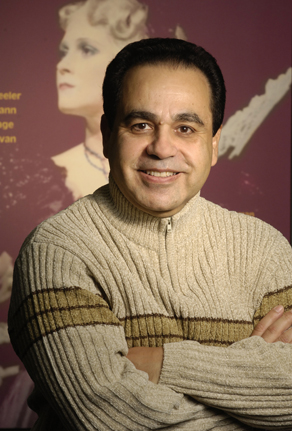 After seeing their work presented, Davies & Benson may make revisions. Hopefully we’ll get to see another version of the work. Silva-Marin continues to be an important broker for new work in this city. Although SOLT,  TOT and Opera in Concert (all run by Silva-Marin) are three companies where one expects to see classic works from past centuries those organizations also occasionally venture into new work. Last year we saw the World Premiere of Isis and Osiris by Peter Togni and Sharon Singer via Opera in Concert.

The final performance was Saturday night at the Robert Gill Theatre in Toronto, an educational opportunity for all concerned. While SOLT is a kind of training program for young singers (whether they’re undertaking an older opera such as Handel’s Julius Caesar or a new work like this one) this is an especially glorious opportunity for Davies & Benson to explore the strengths and weaknesses of their new work. I chatted briefly with Silva-Marin, who described the six week workshop process.

For a creative team, getting the chance to try out a new work in front of an audience is invaluable. The theatre becomes a kind of laboratory, a place for genuine experimentation. Given that theatres usually aim to make money, an unknown and untried work is particularly risky. It seems to be an excellent partnership. SOLT used Davies & Benson as the context to teach young singers unique lessons about opera performance (world premieres don’t happen every day!), while Davies & Benson got the chance to try out their new work with live audiences.

I think TTC is a much more ambitious project than EIB. With the Wilde play you start off with a well-tested and stage-worthy play, whose setting as an operetta aimed to hit the same high-points as the play: and mostly succeeded. TTC however is a novel, which makes the adaptation process much more difficult. Lines that are spoken as one reads to oneself are not necessarily lines that work when spoken aloud in a theatre, a hurdle that is further heightened when the line must be sung rather than spoken. There’s also the question of the incidents of the plot for an entire novel, which can make for a much longer work (as in one of the long serialized TV adaptations) or a more condensed account of the story, depending on the choices made in the adaptation.

Listening to Davies’ music, I saw different possible directions as far as the understanding of genre. Sometimes the music was more dissonant, particularly when the events of the story were most fraught and upsetting. Sometimes the music was aptly sentimental for romantic scenes. Davies exhibited his melodic gift at times, although I felt the work is still not finished, as it still could be tightened up. In places the work seems operatic, in other places it’s more like a musical, reminding me at times of Les Miserables. I don’t think that’s a bad thing, though, as some musicals are wonderful pieces of theatre, that are sometimes undertaken by opera companies. I don’t invoke the genre question to judge (negative words especially) so much as to discover new opportunities, to better understanding the direction of a work and the best ways (and personnel) to exploit those opportunities.

Davies & Benson were well served by SOLT and Silva-Marin. For the most part characters were portrayed in a direct or sentimental way, sometimes resembling the melodrama of the mid-19th Century, their hearts on their sleeves. The exception was the barrister Carton, whose more conflicted emotions were subtly captured by James McLean, one of the seasoned professionals SOLT sometimes brings in to work alongside the students, an important part of their learning experience.

Michael Rose as music-director and pianist gave a stirring account of Davies’ score, while keeping things tightly organized even when the chorus was singing from far offstage. Davies sometimes threw lots of notes at the pianist, but the rhythms were mostly regular, the harmonies mostly tonal, and the singing rarely too difficult. As a result the singers were very easy to understand. I was pleasantly surprised that I understood almost every word without surtitles.

1 Response to A Tale of Two Cities: the opera