It was a year when the Pollyanna sentiment seemed to be in the ascendancy.

What a difference a year makes.

If “the Pollyanna sentiment seemed to be in the ascendancy” now i wonder if she is ready for the glue-factory, past her best-by date, out of touch.  And so, while I continue to emulate her principles,  best understood via the maxim “if you can’t say anything nice don’t say anything at all,” it rings hollow right now.  Yes i can avoid being mean or destructive, but as I look back I can’t help wondering, is my ability to be appreciative altered by my own mood? I have more enjoyment of a good dinner if I sit down hungry rather than sated & full from a recent meal. Events in November left me with less of an appetite for living, less interest in having fun, as though I misplaced my sense of humour. Lately I have become unaccustomed to the sound of my own laughter.

And so, that’s my subtext as I look back at 2016. Is it the reason that the first half of a year shone so hopefully?  studded with highlights.

The single best vocal performance of the year blew me away in the first month of the year, as Stefan Vinke impressed on his very first page, emphatically singing the high C that no Siegfried ever sings. His marathon heroics were accompanied in the first two acts by Wolfgang Ablinger-Speerhacke, one of the finest singing actors seen in these parts as Mime, and then –once he’s been killed off—replaced by the dramatic sound of Christine Goerke’s Brunnhilde. Little did I know that the magic of this Siegfried, not just the singing but the majestic COC Orchestra spurred on by conductor Johannes Debus, wouldn’t be equalled in 2016.

The earlier part of the year also included the most ambitious and original moments, all before the end of February, as art transcended its usual disciplinary boundaries:

The year started to tank with the whole Melanson affair, an omen for what has been a post-factual year. I suppose –as a liberal—I should admit that it’s a knife that cuts in both directions. Justin & Sophie Trudeau have been encased in a magical halo of admiration for months, a halo that’s beginning to slip off as the cognitive dissonance builds. The question of whether Melanson was doing a good job leading the TSO was perhaps secondary to the issue of optics in the fund-raising world, just as optics led to Melanson’s cancellation of Valentina Lisitsa’s performance with the TSO. Is it ironic or apt that they would both exit the same way? which is to say, due to circumstances having nothing to do with their ability to do their jobs. She plays the piano well but that was secondary, in light of her tweets. And as far as I could tell, the TSO was in the midst of a resurgence that, hopefully, can continue without the big guy, given that many of his initiatives –the TSO Sunday night radio show, the commissions of Canadian composers to celebrate the Sesquicentennial in 2017, the films with live accompaniment—continue.

I won’t mention the things or the people that disappointed, although I want to properly nod at the other great moments of 2016: 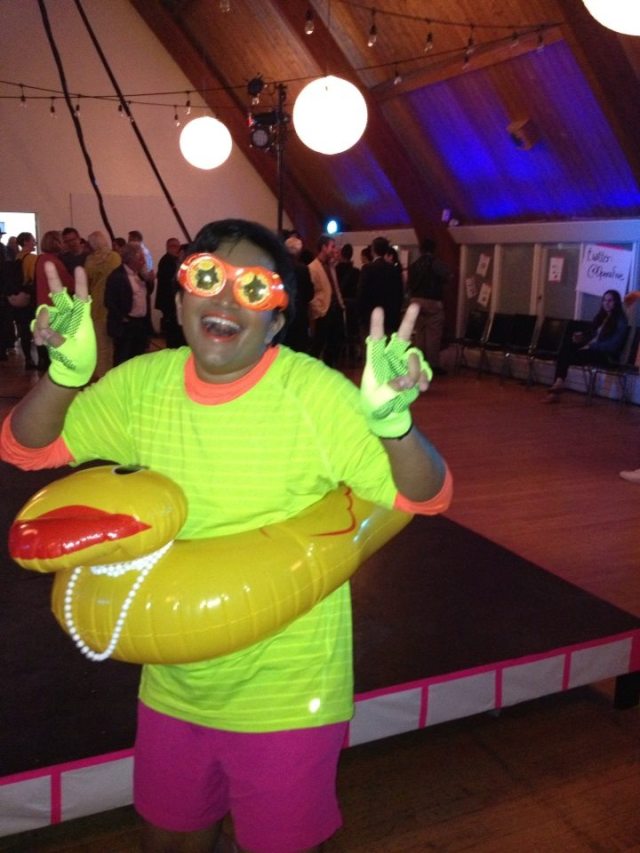 Toronto continues to lean heavily upon a few key players, in the literal sense when we include Jonathan Crow with the TSO, or behind the scenes (thinking especially of the TSO’s logistical wizard Chris Walroth), people who ensure that we’re always entertained and edified, such as Johannes Debus with the COC Orchestra, their chorus under Sandra Horst; Opera Atelier’s music director David Fallis who also leads the Toronto Consort; and Guillermo Silva-Marin of Opera in Concert, Toronto Operetta Theatre and Summer Opera Lyric Theatre, notable for the commission of Isis & Osiris by Peter Togni. And there are lots of others I could name who wear multiple hats, doing brilliant work with companies big and small.

When you consider Joel Ivany’s work on the COC’s Carmen in the spring and Toronto Summer Music’s Rape of Lucretia, alongside his Against the Grain brilliance with A Little too Cozy and Ayre, without even mentioning his exploratory work out in Banff that likely will be seen here before too long, I’d have to call Ivany the MVP of the past season.

This entry was posted in Personal ruminations & essays. Bookmark the permalink.