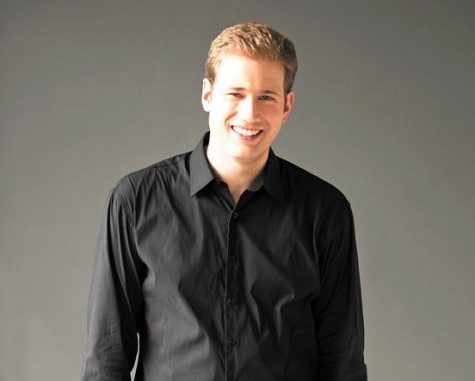 And to properly celebrate the moment we had performances to go with the announcements.

I have to think the event was scheduled around violinist James Ehnes, who is in town to premiere a new concerto by Aaron Jay Kernis with the Toronto Symphony as part of New Creations Festival tomorrow night, where he’ll stand alongside the TSO Concertmaster. 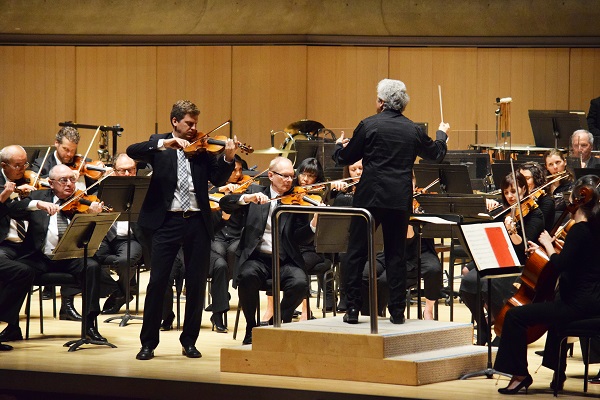 Tonight Ehnes and Crow stood side by side to play the opening movement of JS Bach’s concerto for two violins, accompanied by a small ensemble of strings and harpsichord. Ehnes returned to close off the event with the Gigue from Bach’s Partita #2: a few minutes of exquisite solo perfection, and a delicious teaser considering that we were told that he’ll be back to play a solo recital during the festival.

Ehnes is all over youtube with his wonderful solo playing. Here’s one gorgeous example from a piece he will be playing at his July 17th recital.

Canada is the focus in celebration of our Sesquicentennial, both in the artists and the composers showcased in the programs, including new commissions from Carmen Braden and Jordan Pal. Each year TSM produce another new idea, adding a little more. They keep raising the bar ever higher as the festival keeps growing and becoming more and more central to summer in this city. Wonderful soloists like Ehnes participate in mentorship of the TSM Academy and in masterclasses. A new feature this year will be a series of free Kids Concerts, held on Wednesday mornings, designed to introduce children to music.

Passes will go on sale Wednesday March 8th, while individual tickets become available a week later, on March 15th. Here’s the link to their website where you can find out more and where you can get passes and/or tickets.