Moses,Aaron, and a few others at TIFF

Today TIFF presented two musically-oriented films from their Straub-Huillet retrospective, introduced with a live performance by Against the Grain Theatre. 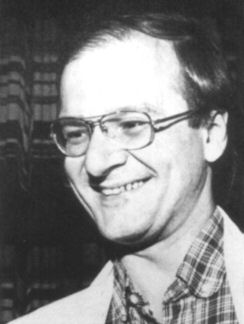 AtG have boldly gone where opera has not often gone before, taking their productions into bars, TV studios, and now a film theatre.  I believe it was TIFF’s idea, given that it’s not the most hospitable place for unamplified music. The acoustic is deliberately deadened (otherwise the loud sound in cinema #1 is heard in cinema #2 and #3),. But this is the precise opposite of how voices are usually welcomed in performance, with a very tight reverb time, and no resonance whatsoever for the upper harmonics.  This was somewhat flattering to the piano playing of Topher Mokrzewski, whose delicate and precise playing sounded even more accurate than usual in the absence of any sort of reverberation. You could hear just how precisely he was playing, perhaps also to avoid drowning out the singer.  As the person sitting closest to the piano & Soprano Adanya Dunn, I was in the midst of the sound, but wished she had the benefit of a more generous reverberation, to properly hear her voice in Claude Vivier’s Hymnen an die Nacht  (1975) followed by five selections from Schönberg’s Pierrot lunaire (1912).

TIFF were trying something experimental with their programming. In addition to the juxtaposition of live artists with film, this was ostensibly an entry point into the two Straub-Huillet films, both revolving around Schönberg. I’ll return to the question of the TIFF experiment after talking about the two films.

The first short film was a text written by Arnold Schönberg (or “Schoenberg” if you prefer), added to an earlier composition by the composer.  Straub-Huillet did something a bit like Fantasia, in taking a pre-existing piece of music and turning it into a film: not with animated centaurs or hippos, but with Schönberg’s own words.

Here’s how the Arnold Schönberg Centre website describes the composer’s op.34, “ACCOMPANIMENT TO A CINEMATOGRAPHIC SCENE”), a nine minute composition:

In 1929 Schönberg was commissioned by the Heinrichshofen Verlag in Magdeburg to write film music. The composer, who – as subsequent experiences in Hollywood were to reveal – even in financially difficult situations would never have agreed to play a subordinate role to a director’s or producer’s conception of art or even relinquish his formal independence for a pre-produced film, ignored the possible guidelines and oriented himself exclusively towards the key words “threatening danger, fear, catastrophe.” As a result of this, the work can in fact be attributed to the broad sphere of programme music, but without describing precise situations or groups of people. There is also a lack of repeated leitmotivic material. The difficulty in assigning the three sections of the subtitle to specific parts of the composition suggests that Schönberg seems never to have intended that these words should summarise the form of his composition. The film therefore remains imaginary. As in the Variations for Orchestra, Schönberg’s Opus 34 does not begin with a linear presentation of the twelve-tone theme, but rather with a short introductory passage. The subsections or episodes of the work (introduction – twelve-tone theme – song form – rhythmic ostinato – four contrasting episodes – subdivision into tetrachords – climax – reflection on the beginning of the work) only partially correlate with one another through clear connecting elements. Schönberg forms the climax of the “Begleitungsmusik” from the confrontation of a successive sequence of smaller components which are sometimes in sharp conflict with each other.
© Arnold Schönberg Center

What could be more apt to illustrate these abstract key words of “threatening danger, fear, catastrophe” than the composer’s own fearful letter to Wassily Kandinsky, concerning the dangers faced by Jews at this time in Europe.

Here’s the blurb in the notes to the TIFF retrospective:

“In 1923, sensing the gathering storm of ‘fear, danger, and catastrophe’ in Germany, the composer Arnold Schoenberg wrote a devastatingly prescient and heartbreaking letter to his former friend, the painter Wassily Kandinsky. Schoenberg aligned his fate with that of all Jews, knowing they were soon to face exile or violent death. Straub-Huillet’s film, a recitation both of Schoenberg’s letter and Bertolt Brecht’s 1935 speech to the International Congress in Defense of Culture, is a fierce condemnation of anti-Semitism, German crimes against humanity, and the barbaric war machine of capitalism” (Museum of Modern Art, New York).

The music of Schönberg’s compositional school has always done better in portrayals of anguish and pain, as for example in Berg’s two operas Wozzeck and Lulu.  In the second opera Berg was beginning to push his style into intriguing new directions, showing us irony and even dry comedy in places.  But as far as this 1972 pairing from Straub-Huillet, of the Op 34 with Schönberg’s anguished words, it’s a stunning and powerful piece that for me was the highlight of the afternoon.

Here is that amazing film.

The main work of our afternoon was Schönberg’s unfinished opera Moses and Aaron, as filmed by Straub & Huillet in 1974.  Their interpretation seemed to enact the debate of the opera between the two brothers.  Most of Act I is austere and almost completely without any sort of illusion in the dramatization. The singers have costumes but the action is placed inside a kind of amphitheatre where a group of choristers stand still while singing rather than offering any sort of dramatization.  The only small illusionary elements are concerned with the three miracles:

Otherwise the first act is more of an oratorio than an opera: as it conforms to the fundamentalist language preached by both of the brothers.

But in Act II, when Moses is up on the mountain, and the discontent of the Israelites grows, Aaron gives in to the pressure of the people, creating the Golden Calf.  As the people push Aaron into compromise, so too the dramaturgy, as we see animals alive and dead, men dancing, naked virgins, people surrendering to the call of nature in various ways.  This surprising film opts out of the usual Hollywood illusions, while bringing us close to the heart of the opera.

And what of TIFF’s experiment, combining live singers with film? I’d say it’s a qualified success.  I suspect the thought was to give us an entry into the austere style of the composer.  The irony is that what Dunn & Mokrzewski did was a great deal more authentic and true to the style than what we heard in the film, which was bigger and more operatic than what Schönberg actually wrote.

Nobody’s asking me, but wouldn’t these possibilities be intriguing:

….and I should add, that one of my absolute favourite moments in my film music course is when I play the shower scene WITHOUT music. It doesn’t work terribly well without the music. TIFF should try it, and then add the music. But wow the music sounds very good without any film

And I am sure you can think of many other possibilities.

This entry was posted in Cinema, video & DVDs, Opera, Reviews. Bookmark the permalink.

1 Response to Moses,Aaron, and a few others at TIFF