On the road again: TSO prepare to tour

Tonight was the first of two farewell concerts for the Toronto Symphony before a two week tour taking them to Tel Aviv & Jerusalem, and then Prague for a residency that Conductor Peter Oundjian spoke of, to honour Karel Ancerl, who was the TSO’s Music Director from 1969-1973 (the year of his death). I can’t be objective about such things, having been very young at the time but I do recall a couple of amazing concerts and a live recording I had of the TSO playing Beethoven. The naïve expectation among my friends (when people speculated about the name of the new concert hall) was that it would be Karel Ancerl Hall, but this was before it became standard practice to name halls for donors rather than leaders.

Oundjian also mentioned Dvorak’s 7th Symphony as a work to be played on the tour.

Pleased as we can be with the TSO’s ongoing commitment to new Canadian compositions in this Sesquie-season, it’s worth noting that each program has at least one Canadian piece on offer even if they’re not much more than what R Murray Schafer called “un pièce du garage” (and I quote from My Life on Earth and Elsewhere)

A commission from the Toronto Symphony Orchestra followed that from the MSO a year or so later. The contract read: ‘It is agreed that the work shall have a minimum duration of approximately seven(7) minutes and no longer than ten (10) minutes.’ That is, the work was to be what Canadian composers call a ‘piece de garage’, intended for performance while the patrons were parking their cars.

Neither piece exceeds ten minutes, but yes at least it’s something, and forgive me if I seem to be asking too much.

Morawetz’s overture is a lively affair, coming from the very beginning of his career, before his emigration, and therefore of special interest for the concerts in the Czech Republic. 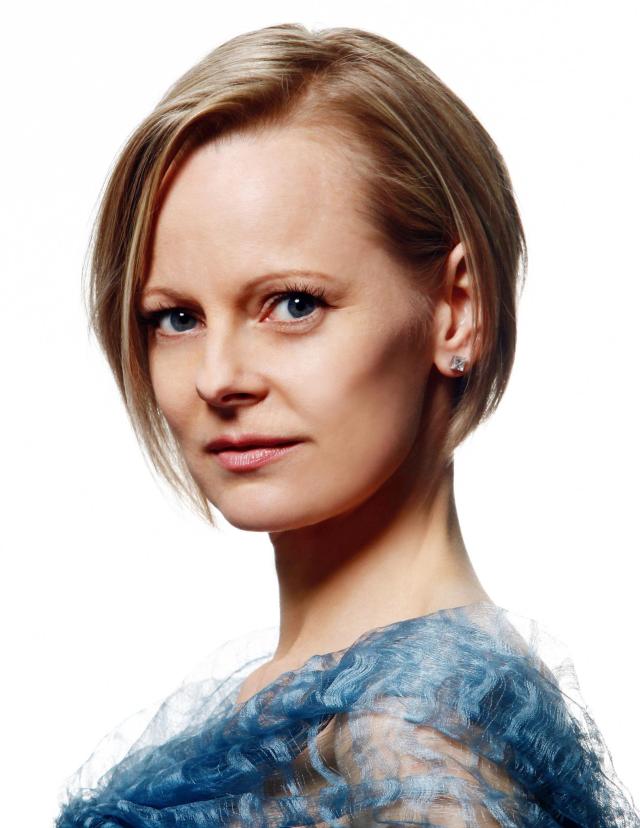 The Boulez that followed was a fascinating study in 12 tone composition, delicate and lyrical without any unpleasant dissonance that I can recall. Carla Huhtanen is a wonderful ambassador not only for Canadian music but especially for the modernist composers such as Boulez. Her voice has a kind of acuity whether she’s singing baroque & classical music for Opera Atelier, or pushing the envelope with music from recent times, a wonderfully precise intonation and clarity of tone.

And speaking of Opera Atelier, Soundstreams Choir 21 were prepared by David Fallis, who just last week led Opera Atelier’s Médée, and who will again go back to early music for Toronto Consort’s staging of Cavalli’s comedy Helen of Troy next weekend. While the Boulez is not a long work, it’s a very unique sounding work. I don’t find it matches the surrealism of the text, being instead much more random, a smattering of colours and tones rather than being able to reference images or moods that one might call surreal. But wow it’s intriguing all the same.

To conclude the TSO gave us a piece I heard three times in Florida on the 2016 tour, a series of marvellous performances. The live experience of the TSO playing Scheherazade isn’t at all what you get on their CD (which has a more conventional interpretation), as Oundjian fully exploits the potential theatricality of the piece in a live performance. When, for example in the 2nd movement, we get the portentous exchange of solos from trombone and trumpet, instead of doing it as written, Oundjian plays up the contrast, getting Vanessa Fralick to play it super slow and loud, while getting the trumpet’s answer to be a comically tiny cartoony echo, like something from vaudeville. It’s brilliantly wacky, and not the only example. Concertmaster Jonathan Crow is given several opportunities to draw out the schmaltzy drama in his solos, as if to call attention to the story-telling.  I think it’s fair to say that the audience gave them a wild send–off with some of the biggest applause i’ve heard all year, leading Oundjian to joke about wanting to take us along on the tour.

After tomorrow afternoon’s concert, the TSO leave on their tour Sunday for two weeks, returning towards the end of the month.