A Joyous Welcome for Elisa Citterio

I’ve been on vacation for the past few weeks, taking a break from blogging. I had to miss some marvelous concerts last week such as Mychael Danna’s new piece with the TSO and Elisa Citterio’s debut as the new Music Director of Tafelmusik: that is, the one at their downtown venue.  I couldn’t go so I don’t know whether the concerts I missed were at Trinity St Paul’s or Koerner Hall.

Ah but there was still another concert tonight at the George Weston Recital Hall in the Toronto Centre for the Arts, an opportunity for a different perspective.

For those of us who are spoiled by the riches in the downtown neighbourhood, it’s easy to forget. I work and park at the U of T campus which means I can walk to Koerner Hall in 15 minutes, Trinity St Paul’s in about 10 minutes, Four Seasons Centre in 20 or Roy Thomson Hall and TIFF in 25. 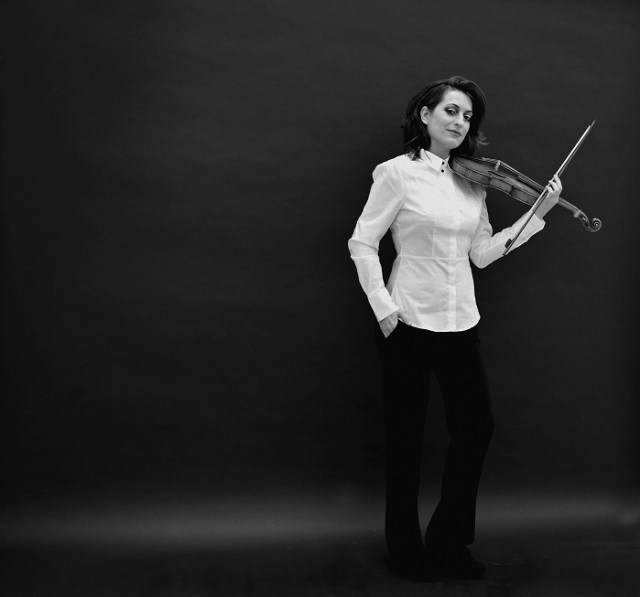 Yet uptown at the George Weston recital hall (where I’ve experienced Garrick Ohlsson playing the 24 Chopin Preludes Op 28, and Frans Bruggen conducting the Orchestra of the Eighteenth Century playing Beethoven’s 5th) they have better acoustics than any of these.  In other words it’s been a site for some of the best musical experiences I’ve ever had in this city.

What do you know.

Tafelmusik sound better in this hall, unquestionably. No doubt about it. The sound seems to have a greater dynamic range, to have more depth, clarity. When there was a call & response between horns and later oboes from one side of the stage to the other, I could hear the sound coming precisely from the person playing. The antiphonal effects have never been so clear for me as they were tonight.

So in other words if you ever want to get tickets to a Tafelmusik concert and they’re sold out downtown, consider going to hear them uptown at the George Weston. You’ll hear a whole different dimension to their playing, as I did tonight.

Now of course there’s the matter of tonight’s concert, a genuinely celebratory occasion launching Elisa Citterio’s tenure. Oh sure, the music was fun, but more importantly, was to see the chemistry between the Tafelmusik players and Citterio. They already seem to love her, the way they respond to her leadership.

When she took a solo role as we heard in one of the Vivaldi Four Seasons Concerti –it is certainly hot enough for the “Summer” we encountered tonight, with each season to be performed in turn—she took the stage, a very dynamic and theatrical presence. One of the great pleasures I’ve had watching her so far (including the concerts we’ve already heard her play) is in watching the way the rest of the orchestra responds to her.

In the closing Rameau suite from Les Boréades, we saw another dimension, in a series of pieces of great rhythmic flamboyance, pieces that are huge fun to play, fun to hear and really fun to watch as there’s a visual component. In some she was leading a kind of dance impulse in the playing, the players stamping their feet in time, which is likely  right when we recall the tradition Rameau culminates, that began with Lully, Louis XIV’s dance-master and composer. When she concluded she faced downstage, taking the stage with a genuine star quality.

So now I have to again wish that Opera Atelier might do a Rameau opera. These are marvelous pieces that Citterio and Tafelmusik played with great flair & a passionate energy. They gave us a Rameau encore.

I can’t help wondering on the direction of this orchestra, who seem so inspired by their new music director.

It’s an exciting time to be in Toronto.