The painting is called Sir Michael’s Tarp, by Orion Martin, 36 inches by 72 inches. 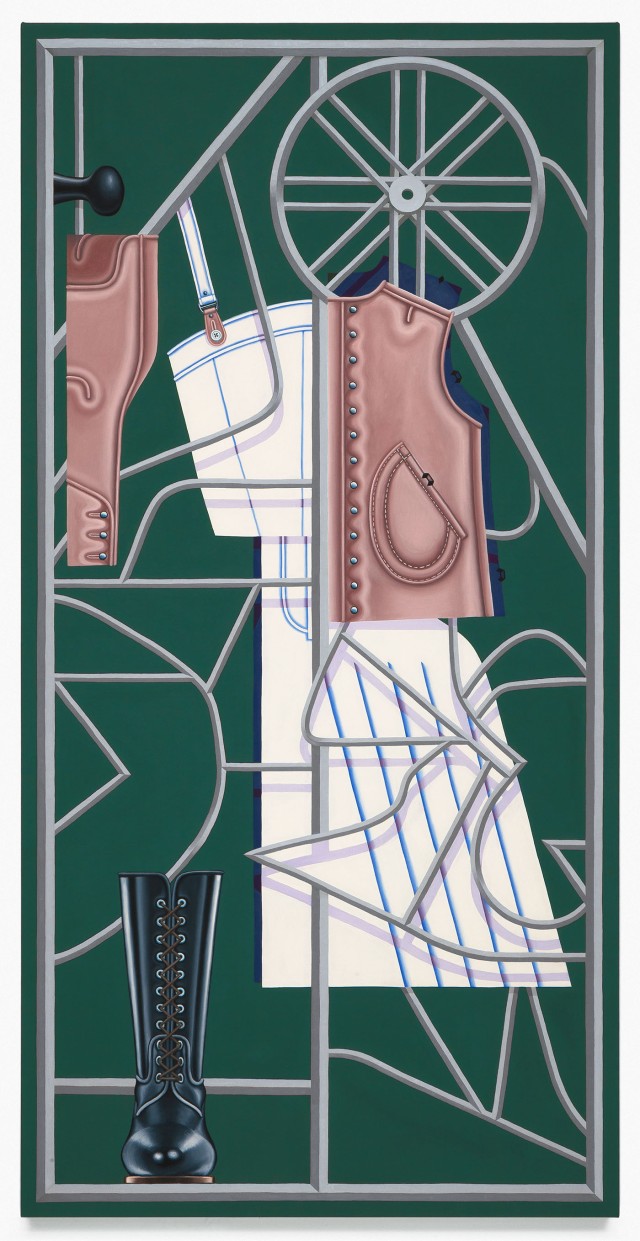 When I was shown the painting, it didn’t seem familiar right away.  If I hadn’t been told I would never have made the connection to a piece of outdoor art co-created by Zoe Barcza and Alfred Boman.   They assembled their piece a few years ago, on a patch of grass out of welded rebar painted white, sunk into the turf.  And it’s even bigger than what Martin painted: but then again, it has to be considering where it’s installed. 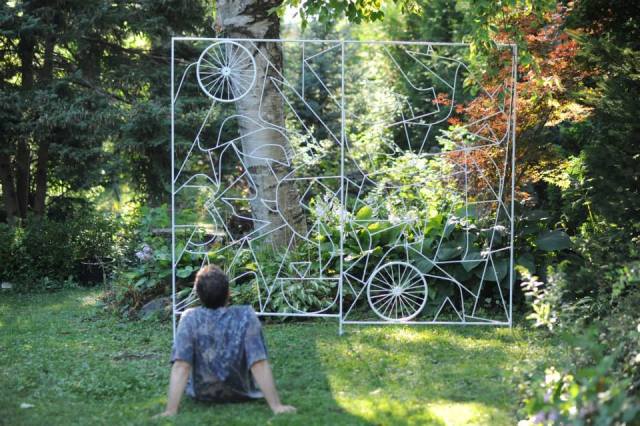 The piece is titled Axl Rose and is 6′ by 6′, not counting the additional rebar sunk in the ground.

Do you see the resemblance?  Zoe and Alfred did, and I believe they had a friendly chat with Martin about the painting.  Little did I know that they would simply feel honoured that their imagery has another life in someone’s painting.

Zoe told me that she thinks the image came from a photo in social media somewhere, perhaps Instagram?

I’m naïve in my 19th century ideas, recalling the lawsuit against George Harrison. Listen to the melody and chord changes of “She’s So Fine”.

But then again, in that famous case there were millions of dollars at stake.  In this case there’s nothing so massive at stake.  And the similarity is more allusion than imitation.