Posted on December 3, 2017 by barczablog

While 2017 was a year to celebrate Canada’s 150th, we’re now coming up on the 100th birthday of Leonard Bernstein.  Whether you pronounce it Bern–steen or Bern-stine, the composer, pianist & conductor was born in 1918, which means that it will be a year of commemorative programming. 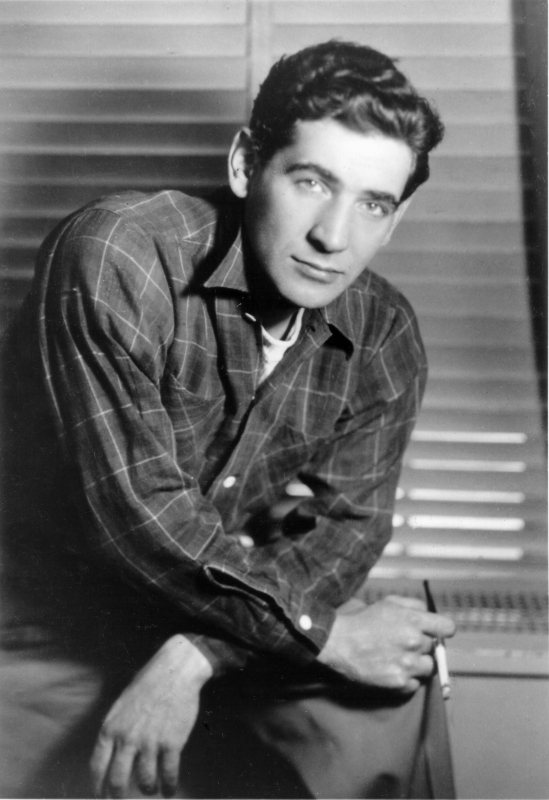 The first such celebration that I’m aware of has just happened in Barrie Ontario of all places, home of Talk Is Free Theatre.  It was certainly worth the drive to see the closing performance of their production of Candide in an original adaptation at the Mady Centre.  Another production in a different version is coming in just a few weeks from Toronto Operetta Theatre; while I haven’t asked TOT for the details it must be different, because of the uniqueness of TIFT’s version.

I’m not sure which decision is more brash & daring:

Neither of those pathways would mean anything if they hadn’t been done well.  I hope we get to see this version again.

But let me back up for a moment.  Bernstein is or was at least two people. Yes yes, he played the piano brilliantly, he was an amazing conductor (my favourite interpreter of Gustav Mahler): but I mean as a composer, he sometimes seemed to be two people, or a person torn between contrary impulses.  At times his music was very accessible, tuneful.  But he also wrote in more serious styles, music that hasn’t quite caught on as much as the composer might have hoped.  He might be the composer of West Side Story, of On the Town, a successor to Gershwin in bringing jazzy melodies to Broadway or Hollywood, but he also had far more serious aspirations.

And perhaps Candide epitomizes that conflict.

It has been through several incarnations.  Much as some of the songs & ensembles are beloved, Candide was not a big success its first time out in the 1950s, far more successful in Harold Prince’s re-think in the early 1970s, in a version that was still immense & unwieldy.  Some would call it operetta some would call it a musical. The difference between the two is mostly semantics, as musicals are operettas, except that you use different personnel for Hamilton or Dreamgirls or Cats than you’d employ for Student Prince or Mikado.  But on paper, the form isn’t different.  At least one number in Candide seems to epitomize that conflict, namely “Glitter and be Gay”, a song that forces you to cast a coloratura soprano, and then –cruel joke—expects her to act on top of everything else.

Ouzounian, Ling & Drake accomplished a miracle in scaling this colossal work down, without killing it.  We still had the pace, the energy, the theatricality. Indeed, when you require your five actors to play so many parts –plus a few extra ones for good measure—we’re firmly in the realm of something theatrical, making the audience think.

Ah thinking, thinking, there’s the rub and one of the issues Bernstein & his librettists faced in each version, built into the material. Candide for all its music and imagination, is a play of ideas, an appeal more to the head than the heart.  Yes Brecht would approve. When singing about an auto-da-fé with a big smile on your faces, expecting the audience to make the imaginary leap, to follow along with commentaries on the Lisbon Earthquake or taking us through syllogisms right down to the QED, there has to be more than just energy and thought.  And Ouzounian gets it I think.  The smaller cast actually changes the balance, boosting the warmth & heart while deflating a lot of the philosophy & logic that kills warm fuzzies. When there was a chance to be sensual, to ground each character in earthy impulses, to show us vulnerability rather than cleverness, those opportunities were boldly seized, to give the work balance, to make it truly alive.

I confess, I find that brilliant as the work is—a work that makes you nod, impressed with its cleverness—Bernstein didn’t quite convince me with his final song, that leaves me always thinking and pondering, rather than feeling.  And while Brecht and even Bernstein might approve of that response (Brecht feeling like Ouzounian’s secret ghost dramaturg), I think it’s a weakness in the writing, one that Ouzounian made heroic attempts to surmount, in the strong final statement of the show. 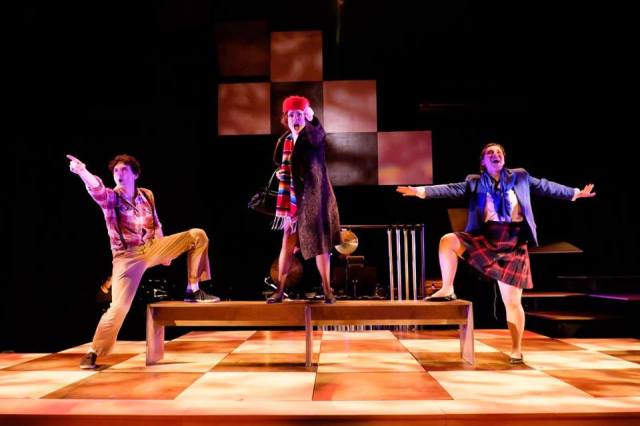 Mike Nadajewski was most exceptionally human as Candide, his emotions always crystal clear, his heart on his sleeve.  Thom Allison as Pangloss comfortably strode through the philosophical and vocal challenges of the work.  I probably laughed loudest at Gabi Epstein’s broad repertoire of voices and accents, to go with a huge movement vocabulary, as Paquette & the Old Lady.  Michael Torontow was enjoyable in his many different characterizations.  And Holly Chaplin impressed, singing well and acting sympathetically as Cunegonde.

As we were leaving, I mused on how far TIFT have come, in a downtown where it’s getting increasingly hard to find a parking spot. TIFT’s artistic producer Arkady Spivak has much to be proud of.

This entry was posted in Dance, theatre & musicals, Music and musicology, Opera, Reviews. Bookmark the permalink.