Tonight’s programme from Tafelmusik was the first of their season-ending concerts at Koerner Hall. We heard Beethoven’s violin concerto & the Pastorale symphony.

Thinking about moustaches & tears earlier this week, it felt serendipitous to be studying the same sort of phenomenon tonight.  Both the guy sitting next to me and I were fascinated to watch a child so moved by the Beethoven that they danced around in their seat, at times resembling a ping-pong ball boing boing boing-ing, first left, then right, then left, and so on, from one parent to the other and back and forth with the energy only a child high on Beethoven can muster.

Tafelmusik always strikes me as a kind of phenomenological laboratory, wherein we explore the creation of the music they are presenting.  To hear Beethoven played on their more natural instruments isn’t quite as perfect as what you’d hear from the modern instruments of –say—the Toronto Symphony or the Canadian Opera Company Orchestra—because of the riskier sounds produced in those old-style instruments.  And so I feel we’re brought into the presence of Beethoven as he was, the new & dangerous composer, that radical of the early 19th century. Sure, it sounds a bit ludicrous to say, when these compositions are over 200 years old, but we become blasé hearing perfect performances on the modern instruments with valves and metal strings, not recognizing how daring these works were when they burst upon the world.  To hear this orchestra risk so much in performance? That brings Beethoven to life like nothing else I’ve ever encountered.

Okay, so that’s the usual laboratory for me, hearing Beethoven or Mozart as if from first principles. But in addition we were presented with a miniature psychological experiment that echoed some of what I wrote about a few days ago. This time it wasn’t a question of weeping (although I was momentarily blind-sided by tears watching the child bouncing around), but joyous phenomena:

Think about it.  These are all the things we suppress in a classical concert, as though we were checking our humanity at the door, hung up with our coats & scarves. And so of course, the parental units were not entirely amused, although I was mightily impressed with how they handled their little firecracker, who looked to be 6 or 7 years old.  I wanted to surrender myself, wanting to applaud after the first movement –the way any normal person would have applauded in 1805—and indeed after the wonderful cadenza, again as any normal person would have done, back in the day.  We’ve had our spontaneity curtailed by the conventions we now agree to in 2018, although had this been a rock concert? I think the woo hoos would have erupted spontaneously.

I’m going to see this program again on the weekend. 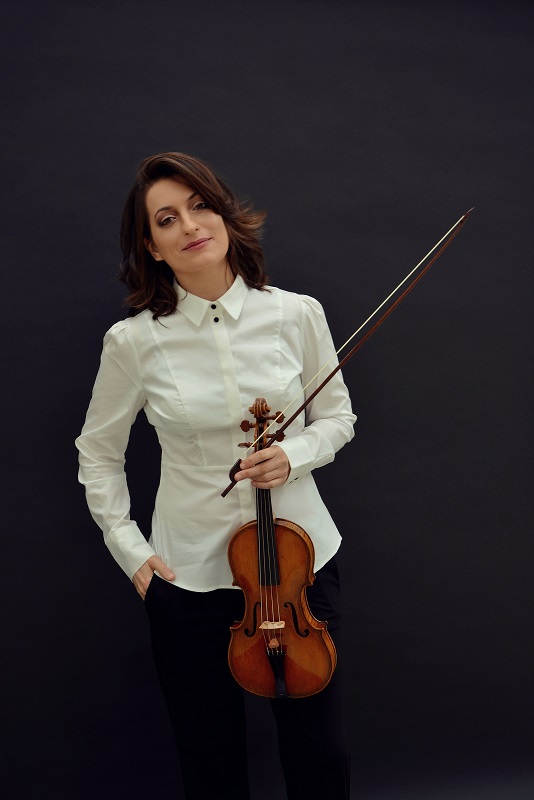 Is this the best of all the violin concerti? Maybe not. But it is my favourite because it has such drama, appearing out of the slow plodding figure in the timpani, a sweet slow melody with great passion, energies held in check but explosive under the surface.  The cadenza that Citterio created was every bit as profound as the movement from which it emerged, including a wonderful statement of the main theme in a contrapuntal creation back and forth between two adjacent strings.  As I said, I wanted to applaud the cadenza, and again at the end of the movement. Only in the third movement –when the child started to dance—did the passion find legs.  Conductor Bruno Weil gave us a wonderful series of tempi, always keeping things moving, with spirit yet always eloquent. My one discouraging word would be that Citterio’s matching cadenza for the third movement was probably too long & fraught.  My opinion? Perhaps, but the child stopped dancing, stopped cold by all this ambivalence & chromaticism in a movement that is mostly diatonic. Indeed I’d say that’s the concerto’s real dramaturgy: that it tortures us with chromaticism for the first movement, gradually emerging into the clear air of the diatonic particularly in the last movement. To insert all that angst in the last movement? Out of context, I feel. Movement One is perhaps like Chekhov or Pinter, but movement three?  Not so dark or complex.   Even so the concerto is magnificent, the performance a watershed for Tafelmusik working with their new Music Director. The smiles! those erupted from faces all through the orchestra.

After the interval came the 6th Symphony, another beautiful performance from Tafelmusik.   I went looking for what I wrote about their complete symphony recording that I reviewed a few months ago, conducted by Bruno Weil.

Weil does not suppress one part to help bring out another. What’s daring and new for me in these recordings is that I can hear every little part.  I can’t help thinking that this is what Beethoven must have sounded like in his first appearance: that is, in the performances before conductors started regularly “interpreting” symphonies in particular ways (aka distorting and changing the music). (review)

So too tonight, especially in the third movement, when Weil allowed all the various voices to have their turn without picking one to be the “melody”.  It’s fabulous. I can’t help thinking it might be closer to what Beethoven created in his own time, before conductors started “interpreting”, aka distorting the music.

And at the end I was shaken thinking about this hymn to nature and ecology, wondering if the shepherd who celebrates the Earth’s renewal in the last movement could have imagined climate change & whales choking on plastic.  Is there a possibility for the planet’s renewal or are we in a death spiral?  Listening to this lovingly presented antique, namely the careful performance from Tafelmusik & Weil, it’s especially poignant.

I recommend you go hear this concert if you can.  I’m going again on the weekend.

2 Responses to All –Beethoven Tafelmusik Finale