Tonight I witnessed the first of 3 workshop performances at the Factory Theatre of Shakespeare’s Criminal from Orpheus Productions, a new chamber opera with music by Dustin Peters and libretto by Sky Gilbert, starring Marion Newman, Dion Mazerolle and Nathaniel Bacon, to be presented again April 27 & 28. 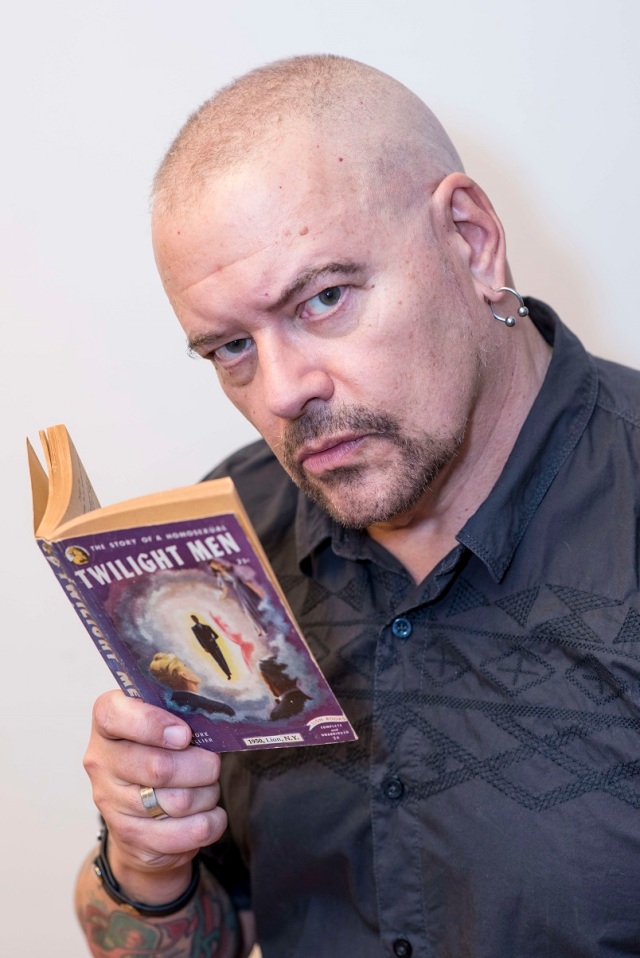 As I was waiting for the show to begin I was struck by how similar two words sound,

Gender:
“either of the two sexes (male and female), especially when considered with reference to social and cultural differences rather than biological ones. The term is also used more broadly to denote a range of identities that do not correspond to established ideas of male and female” (via google)
–and–
Genre:
“a category of artistic composition, as in music or literature, characterized by similarities in form, style, or subject matter.” (via google)

And isn’t it true that sometimes people are much too busy classifying, as though by assigning a category it somehow makes us safer.

It was a workshop. By that I mean that it’s perhaps unreasonable to even have something resembling a review, given that the performers were probing and exploring, helping the composer & librettist develop their ideas. While the audience lapped it up, sitting spellbound throughout, it’s unreasonable to demand that a workshop please the audience. And so please understand that I am hesitant to be judgmental of artists in their exploration.  This can be as intimate & vulnerable as psycho-therapy. 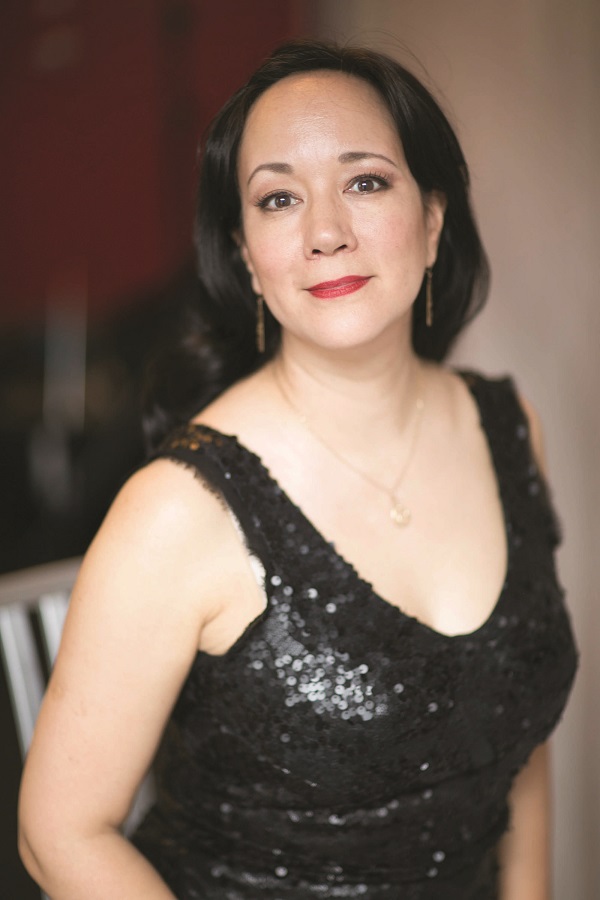 As mezzo-soprano Marion Newman delivered something resembling a prologue to frame the story, I was swept up into Shakespeare’s Criminal within seconds.

I felt we were in the realm of those who say ‘woot’, (who must not to be confused with the knights who say “Ni!”) whereas I am one who says “bravo” whether I’m seeing an opera or a play. And so while this was a concert presentation, there was a great deal of investment in a dramatic illusion, in performances that felt genuine & real.  The wooters are people who would see this as theatre, whereas the bravoers (like me) would see this largely as music.

Newman’s character is the Female Academic, who in delivering the prologue seems to stand outside the action as though she were a deus ex machina with god-like powers: as we would see as the story unfolded (especially near the end). I can’t help wanting to see her as a version of Sky, who could exercise certain types of power in the academic world (because he is a professor) or in the dramatic world (because he is also a prolific playwright). Forgive me if that sounds reductive.

Peters’ score is very attractive, the music very singable. In the hour or so that we were in the theatre, not only was the music very enjoyable to hear (tonal, sometimes synchopated), but very fast-moving as far as exposition and use of text. I’m reminded of something Anthony Tommasini said in his recent book The Indispensable Composers, when he suggested that John Adams tends to make things seem too long. Some composers seem to take the smallest amounts of text and use a great deal of music, repeating and even milking the text for all it’s worth. In contrast, Peters & Gilbert are very generous, moving things along very quickly as far as exposition is concerned. Granted, this was workshop and so I suppose the creators were testing and will continue to test this material in front of audiences. But in contrast to Adams there’s already enough here for much more opera than what we saw. Most of the hardest parts –good melodies and beautiful moments –are already there. I think they will want to expand the ending somewhat, but then again that’s likely something that could develop in different directions, again depending on such considerations as genre (oh dear, that word again). Peters chose to write in an accessible tuneful style, at times stunningly beautiful.

Peters’ score was presented with a string quartet, which may or may not be how it will be done in future. But it’s a remarkable strategy that allows the singers to be heard, especially when we recall that male voices are usually the ones that have more trouble carrying over an orchestra. Newman’s voice had no trouble of course, including some bold coloratura passages, some intriguing choices from Peters to take us away from anything we might call realistic (if singing can ever be understood as real) into something stylized and artificial. 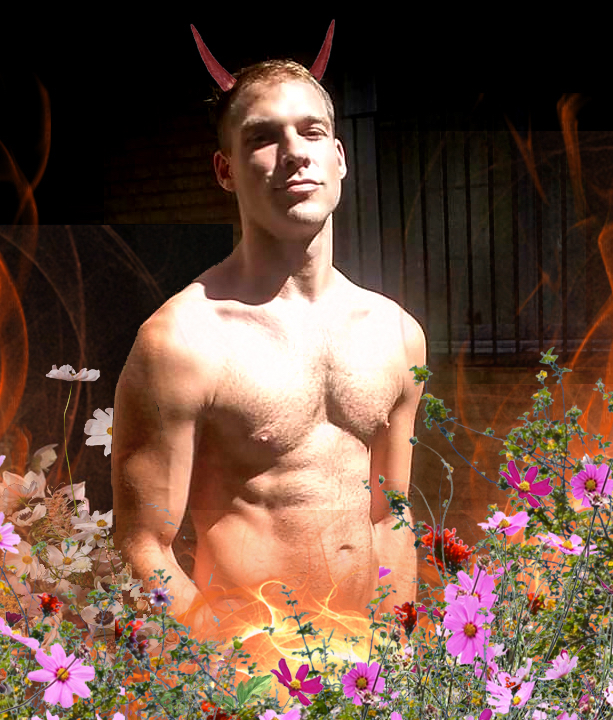 One of the reasons I called attention to the “land of the woot”, was because of a choice of emphasis I thought I saw in the presentation, that likely parallels the expectations of most in the audience. I discussed this briefly after the show with Sky, expressing my surprise that there wasn’t more applause. He thought that the one time applause erupted was for the content rather than the performance: at the end of a number I will call “the best of us” (and forgive me if I am paraphrasing badly). It’s a beautiful song sung by Nathaniel Bacon presented while we watch a series of photos projected, of gay men who were claimed in the great plague, which serves as at least some of the subtext for this story about an HIV positive man. I didn’t want to disagree, only that I aggressively started that applause through my tears, very moved by this moment in a theatre full of people who likely aren’t accustomed to stopping a show to show your appreciation.  I kept waiting in similar places (after wonderful solos or ensembles deserving applause), and this time held back to see whether there’d be any applause, but no there wasn’t any, and not because of any deficiency in the performances; it’s just a cultural thing, I believe.  There’s a different experience if you sit still for every song, as opposed to shouting your approval, breaking it up into a series of numbers: especially if you get a reaction from the performer, breaking the 4th wall. I suggested to Sky that maybe he should plant someone, like a claque (NB while I jokingly claimed I had done this, it wasn’t as a paid supporter but simply as a sibling… of course I clapped for my brother. He was and is amazing to hear). But by setting this up artificially you can change the show. I am not sure if Sky was just being polite to my suggestion, but I think any show becomes very different when interrupted by applause. There were a few places where the text was hard to understand, where subtitles might be a useful choice –even though it’s in English –because of the ambiguity of some of the phrases, in poetic diction.

The three performers each had wonderful moments, and worked well together. Newman has one especially intriguing moment when we’re advised that the 4th wall will be transgressed, and she then proceeds to sing (rough paraphrase) something along the lines of “what the shit is happening” over and over and over. Oh sure it’s funny, but it also works to deconstruct the illusion, as we get past the politically correct language of romance, to something much more genuine, in speaking to the matter of physical desire, of taking off clothes and getting down to business… 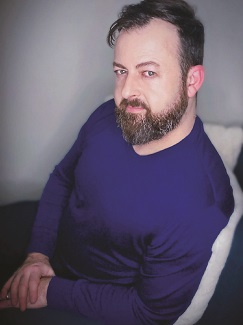 The two men are cast in a way that likely corresponds to the way the score has been composed.

The creative team opted to distinguish between the two by having the genuine operatic voice assigned to the closeted male, while a lighter voice more attuned to broadway or pop music sings the young man, who is in touch with his sexuality. I am trying to sort this out in my head wondering if they expect us in the audience to associate “broadway” with gayness. Maybe it’s generational (one is much older) or simply a contrast of vocal styles, a music for the young man that is aligned with a younger generation. Each had their moments. I’m very fond of Dion’s voice, a wonderfully expressive baritone, but Bacon’s sound was an excellent approach to his part, which is written quite a bit higher I think…(?)

There’s a great deal of beauty in this workshop, that I’d recommend to you without reservation this weekend at Factory Theatre. It’s not a finished opera, please note, but represents some very bold steps in that direction. I’m reminded of a topic that came up in my recent interview with Dean Burry, namely popularity (and maybe I’m reminded also because Marion Newman will play the title role in that show). Opera –meaning composers and critics alike—has been very conflicted about beauty over the past century. The most successful composers of the last hundred years –Puccini, Richard Strauss, Philip Glass—embraced a tonal world of melody that has been largely ignored by the so-called serious composers, while composers in more popular media –thinking of film-music, of musicals, as well as popular music media—never stopped aiming for beauty. It seems like a no brainer. So the conservatory might turn up their nose at you while you make millions for your composition? I think that’s a small price to pay.

I was very moved. I think you would be too. And now I am eager to see what Peters & Gilbert do in the further growth & development of this story that I hope to see again.

3 Responses to Workshop of Shakespeare’s Criminal