The Toronto Symphony’s opening concert welcomed the “dynamic duo”, soprano Barbara Hannigan and violinist John Storgårds. Each did some conducting, and each took a turn as a soloist. While it was not a long evening it felt like a lot to digest perhaps because so many food groups were represented.

Did you ever dream of singing with Barbara Hannigan? Mission accomplished. Hannigan led us in “Oh Canada”, beginning unaccompanied then asking us to join her with the orchestra completing the ensemble partway through. If you come to the concert Saturday night you can have the same thrill, and that’s just the first couple of minutes. 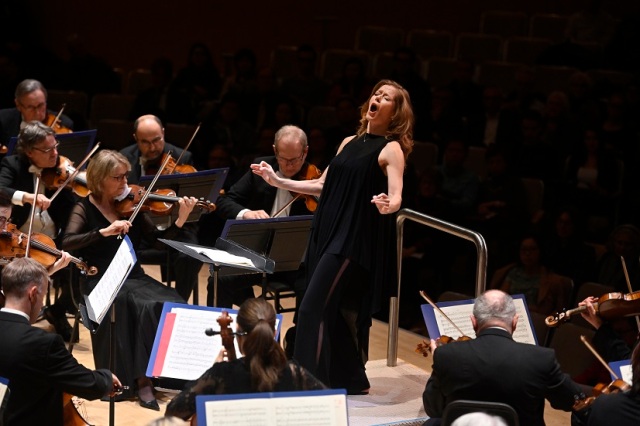 For me the highlights were after intermission although there was lots of music before. 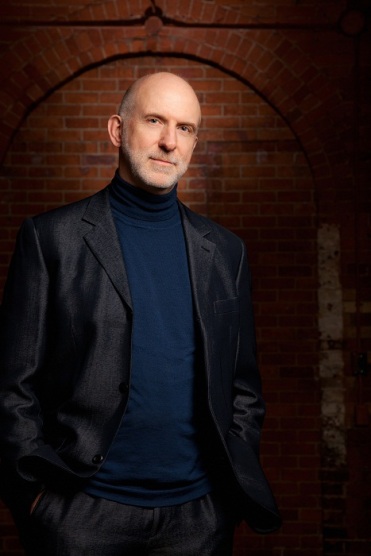 Sometimes I prepare for a concert by reading the program notes over, other times I come in unprepared to see how it all hits me. I chose the latter approach for better or worse.
This is especially relevant to Hannigan performing Brett Dean’s piece, a kind of gloss on Hamlet with libretto by Matthew Jocelyn. You may remember Dean for his work curating the TSO’s 2016 New Creations Festival.

You may remember Jocelyn as director of the opera Julie presented in 2015 by Canadian Stage where as Artistic Director he imprinted a multi-disciplinarity into their programming that I’ve found irresistible and that appears to have become their brand, even with his successor.

One can listen with one’s head buried in the program to follow the libretto: and as a result be unable to see the singer or the orchestra. I chose to attempt to follow without the program, watching and listening as well as I could. I’ve said it before and I am saying it again. Come on TSO / Roy Thomson Hall, isn’t it about time you had surtitles projected, the way even Bill Shookhoff manages in his tiny company Opera by Request? Don’t force me to choose between intelligibility and watching a talented actor like Hannigan. Can’t I have both? I saw Alexander Neef of the COC in the audience, where they’ve had surtitles since the 1980s.

The program (where the text is printed) says “Please turn page quietly.”  Surtitles would be even quieter.

The first frenetic minutes of this piece are a compelling beginning, as our Ophelia sings words that were directed at her rather than her own lines, the “get thee to a nunnery” lines sung and then fragmented into bits, sounding genuinely mad. Hannigan physically & vocally gave me something of Ophelia that I’ve never seen before, a kind of disabled and wrecked personage. From there we retreated into something so much softer, I wondered how Dean scored it; how many p’s did he dictate for this amazingly soft texture? We went from a frenzied sound to something suggesting a recollection, as though from afar or from the other side of the barrier between madness & sanity.  Perhaps we’re inside her head (where it seems sane)? The super soft harmonic texture of the strings allowed Hannigan to sing easily, where the first part was much harder to understand. This is a beautiful piece of music to interest anyone intrigued by the Shakespeare or by the possibilities of the human voice.

John Storgårds conducted the works after intermission, both the Dean sung by Hannigan followed by the Sibelius 3rd Symphony. I wonder sometimes what conditions a conductor’s style, what leads them to their particular approach. Storgårds is a violinist whose approach seems very different from Hannigan, persuading the TSO to play very softly with wonderful solos emerging throughout. The TSO responded to him in both works. The Sibelius was built from the inside out, transparent in texture, energetic and committed, as every player seemed to bring their “A game”.

Before intermission we heard Hannigan leading older classical repertoire surrounding Storgårds as soloist in the Dutilleux, a wonderfully angular piece, deconstructing and analysing a pattern of notes over and over. I will have to listen to it again. Before it we heard the Egmont overture of Beethoven in a reading playing up rhetorical phrases & dramatic effects, from the dreamy and thoughtful to the bombastic and revolutionary. And after we then heard a wonderfully idiomatic reading of Hadyn’s Symphony #96. Maybe I read too much into Hannigan’s presence (that champion of new musics), but at times the Haydn felt very new, almost inevitable in its organic unfolding.

The concert will be repeated Saturday September 21st.