Within the first ten seconds of this new CD I knew I was going to like it.

It’s Skye Consort & Emma Björling, and the first cut on the album is “Herr Hillebrand”, a traditional Medieval Swedish ballad, in Swedish. It’s magic. The first few times I listened I didn’t even care that I didn’t understand the words.

But okay there’s a translation in the CD’s booklet. It begins this way:

Herr Hillebrand rides in to the courtyard of little Lena’s mansion.
If only I was young as a lily!
Lena greets him there.
You well remember Lena.

I value Sir Hillebrand’s words
less than I value the dirt underneath my shoes!

(…And there is a lot more to the ballad….have a listen)

I think it speaks for itself, the musicianship, the powerful invocation of times gone by.

The whole CD is magical like that, sometimes in Swedish sometimes French sometimes English.

I wondered how Emma came to meet Seán Dagher and Amanda Keesmaat and Alex Kehler, what brought them together. I’ve seen a few different explanations but the best one is this:

Skye Consort and Emma met during a La Nef project in Montréal in October 2017 and ‘thanks to’ their mutual love for each other’s musicianship and Emma’s cancelled flight they decided to start this band.

All four of them sing to varying degrees although Emma sings lead. They’re a remarkable amalgam of instruments & cultures & ideas, mostly old compositions but some new arrangements and even a few originals. Some are fast, some are slower.

I guess if we had to identify a genre we’d call it “folk”.

And so having listened to this marvelous CD (that’s also available for digital download of course) please note that they’re coming to Toronto.

As Sean put it in his email telling me about the album, “I also want to let you know about our concert at the Tranzac Club on October 31st, right after trick-or-treating.”

Whatever costume you’re wearing perhaps I’ll greet you there. 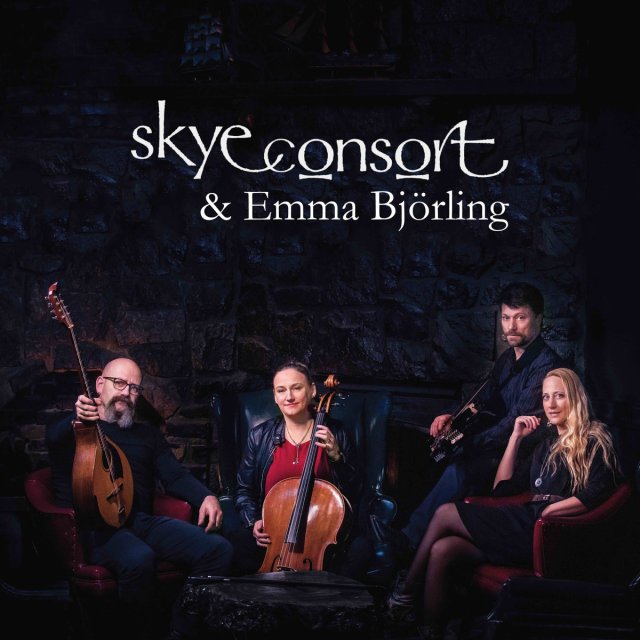