Money is the root of all opera

You probably didn’t expect that did you? Did you anticipate where that sentence was going?

It starts like a truism that we hear so often about money being the root of all evil, which I can relate to heartily.

How might money be the root of all opera?

Without money you will have a tough time doing a real opera. Orchestras are expensive, and even if you’re using a piano, hey, last time I checked, pianos are expensive. And that’s before we consider the musicians playing in those orchestras or on those pianos. If you’re doing Aida with elephants & spectacle, perhaps you can do it all through projections & CGI. That may be cheaper than real live pachyderms but still doesn’t come cheap.

Money comes up in the story.

I just saw Wozzeck.  The main character sings an aria in the first scene, “Wie arme leut”, which can be translated as “we the poor”, a sad manifesto.

In The Barber of Seville a rich count pursues a beautiful young girl whose guardian wants to marry her for her money. In the current wacky COC production we see that rich count throw wads of money at everyone and everything, including us in the audience at the final curtain. 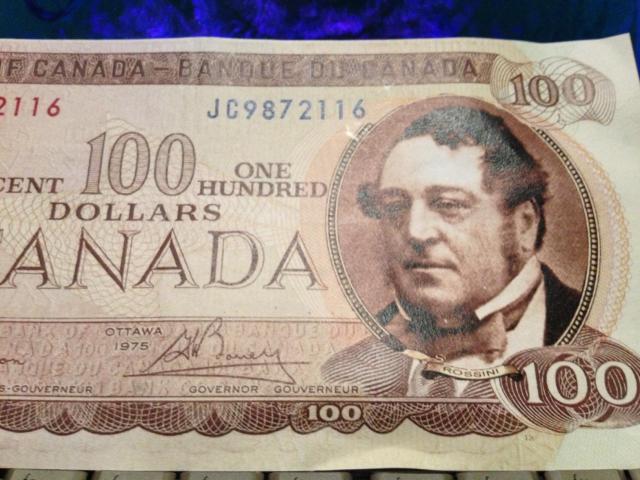 If Rossini wasn’t one of the Fathers of Confederation, maybe he should have been.

Porgy and Bess, coming up on February 1st in the next Metropolitan Opera high definition broadcast concerns the poor and their lives in a small town.

Hansel and Gretel is a story driven by poverty, the poor kids in the forest (or in the modernized versionJoel Ivany and the COC will offer, in the city) are starving. A witch tempts them with sweets.

It’s amazing considering how few operas concern actual poverty, that I’m having this interesting run (admittedly by choice).  As the entertainment for middle class viewers aspiring to something better in the 19th century, as the medium for princes to assert their power in allegories of divine right or pageants of military might, one would see the bourgeois or kings & princes, princesses & goddesses.

Real people were left out of the mix.  But more recently? At the end of the 19th century it’s front & centre in La bohème or in Madama Butterfly. In a scene of Debussy’s Pelléas et Mélisande we actually see homeless people sheltering silently in a cave. In Amahl & the Night Visitors, Menotti’s TV opera from the 1950s, we see a poor boy & his mother meet the 3 Kings en route to their rendezvous with Jesus. But those are the exception to the rule.

More typically we’ll see the pomp & majesty of triumphal marches such as what we get in Aida (upcoming from the COC in their spring season).

Even so, I suppose for drama to be human at all it must touch on the realities of the human condition, whether it’s in the surfeit or the shortage of the silver.

Am I foolish to suggest that someone needs to write more operas reflecting current realities? Or do audiences prefer to hide away from the truth, watching pure escapism instead?

This entry was posted in Music and musicology, Personal ruminations & essays, Politics. Bookmark the permalink.