“First, it is ridiculed”

“First, it is ridiculed….; Second, it is violently opposed; Third, it is accepted as being self-evident.” -Arthur Schopenhauer

Goodyear probably meant to speak of his Beethoven Marathon but I am borrowing it to speak of the Met Ring Cycle, directed by Robert Lepage. 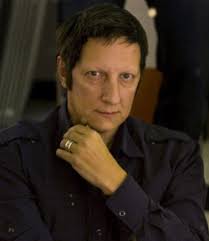 In Canada Lepage’s star shines as brightly as ever, whereas in NY, the response to the Ring is decidedly equivocal.  Lepage has been on the defensive, after attacks in the press.  The most strident of these was Alex Ross’s piece in New Yorker including this much-quoted paragraph:

“Götterdämmerung,” the final installment of Lepage’s “Ring,” arrived in January, rounding out what must be considered a historic achievement. Pound for pound, ton for ton, it is the most witless and wasteful production in modern operatic history. Many millions of dollars have been spent to create a gargantuan scenic machine of creakily moving planks, which have overshadowed the singers, even cowed them, without yielding especially impressive images. “

But this is par for the course.  Although greeted with boos & cries of outrage at its premiere, Patrice Chereau’s 1976 Ring Cycle for the Bayreuth Festival Centennial has become an influential classic.

I am not going to argue that Lepage’s Ring will be as influential (I don’t read the future): but I wouldn’t be surprised.  But the outrage in both cases –1976 & 2012—arises from a defence of a kind of orthodoxy, not because of anything specific in the new interpretation.  It’s especially ironic that the standard procedure in the 21st Century is essentially to emulate Chereau: to make a subtle commentary on Wagner’s Ring.

The big irony is that Lepage has dared to stage the work as written.  Where Chereau staged ironic subtexts & deconstructions, often ignoring Wagner’s stage directions and leading a generation of directors to walk all over Wagner, Lepage has come back to the text in an almost literal manner.

If there were only one possible audience, the furor (or the impression thereof in the press) might be a problem.  Yet Lepage seems to have found a new audience, which likely was the idea in the first place.  If an older cohort of audience members were to stomp their feet and say no to Lepage, a newer group would likely take their place.

But the truth isn’t so black and white.  Some people will come for the music while tolerating a staging they don’t like.  Some people actually do like the staging, although the size of this group is anyone’s guess, given that the complaints in the realm of social media may simply be a small but vocal group.

Me?  I don’t understand.  I have seen all four operas in the High Definition broadcasts, and was able to attend Die Walküre at Lincoln Centre during the first cycle.  In person, the set is magnificent.  Some have spoken about the noises Lepage’s machine makes.

I am in the audience, watching a mountain move.  I am watching a forest of trees.  Why would such a miraculous effect be silent?  It’s imposing, and indeed a bit scary.  When Bryn Terfel climbs upon the surface of this set, the set is like a wild creature, moving as he walks upon it.

If I were at a circus I would be marvelling at the movements of acrobats or the animals or the aerialists.  That Lepage has brought some of that excitement to the opera is a good thing, I believe, even if some narrow-minded people seem to believe opera sets should be silent.

I used to dislike broccoli when I was a kid, but eventually I tried it and discovered I like it.  Some people are obstinate.

While these operas may not deliver the expected result –especially for those arriving with a rigid list of criteria for what might constitute a successful presentation of Wagner’s Ring Cycle–that does not mean there’s nothing worth seeing, let alone hearing.  I am frankly embarassed, considering how tame these productions are, how tiny the “challenges” being imposed upon the audience.

The New York opera fans upset about Lepage’s Ring remind me of spoiled customers in a Starbucks, demanding that the Manager fire the barrista for messing up their order.  Opera may sometimes resemble a product, especially when the audience passively refuse to meet the work halfway.  Had Wagner encountered such an audience he would never have written anything.