When I say “World War I” what pops into your head?

Can you say distant, dark and depressing?  Maybe that’s why this crucial and transformative event is not being commemorated: because we don’t dare think about something so dark, so  upsetting.  The war began one hundred years ago this summer, so long ago.  All before and after pictures pale compared to this one, the world before and after WW I.  Indeed, that’s what the AGO show The Great Upheaval resembles , a show imported from the Guggenheim Museum, and on view until this Sunday March 2nd.  It’s an artistic snapshot of the world transformed by the Great War.  Where each year up to 1914 merits a  big room full of art, 1914-18 is one room, partly because the art world was hijacked by war, partly because the artists were all busily dying on the battlefields.

You can go to a  gallery to see relics from a century ago, or, as i did tonight, see something brand new about the very same subjects.  And so I came to WWI. (Re)Visions of the Aftermath at Theatre Glendon, a show that’s on until March 1st. 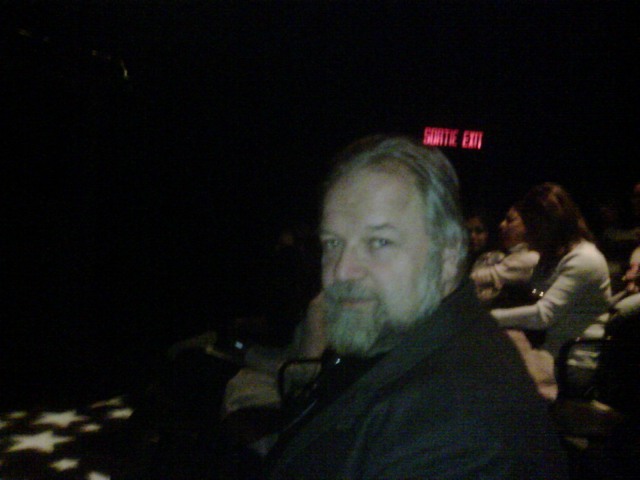 Director Aleksandar Lukac, ambushed by my Blackberry as he tries to watch his students

I’d seen the title, had interviewed director, Aleksandar Lukac.  I was initially hesitant.  Forgive me, World War I has always signified these impossibly dark things, the ultimate bogeyman.   But I was intrigued by the photos I’d seen and reproduced with the interview.  Why not something light and even entertaining from such a relentlessly dark topic?  I was intrigued by Lukac’s Serbian perspective on the assassination that triggered the declaration of war, because it had never occurred to me that this moment could be perceived so differently than what I’d read in history books.

But to be honest, I’m caught up lately in the question of making theatre among students.  Yes pedagogy can be understood as one objective, even if teaching occurs on several fronts, the sorts of learning spiralling in many directions.  But at the same time the energy and creativity of students presents one with extraordinary opportunities.

I love student theatre, and heartily recommend it always, making no apology for what can be seen onstage.

WWI. (Re)V is not so much a play as a series of short works, a miniature theatre festival constructed around a theme.  It’s as though Lukac asked his students to answer his question –“what  does WW I mean to you?”—in a piece of theatre.  Over a period of roughly 90 minutes we see a wonderful profusion of performances: puppets, songs, cabaret, a silent film enacted on the stage.  Sometimes we’re jolted by something modern, other times we’re able to simply laugh at the comedy or enjoy the songs.  This crazy quilt coheres loosely around its theme, delightful precisely because it never tries to be commercial, polite, coherent.  It’s bawdy, emotional, and often completely unpredictable.  The photos I’ve seen fail to capture the wild sexy edge you get when they’re singing & dancing right in front of you.  Who would think a tank could be sexy? You haven’t seen this tank obviously.  In this (the sober pictures) they’re being respectful, perhaps because war is a kind of sacred cow.  Yet as often as they’re careful and respectful, they’re also flagrantly deconstructing our assumptions about roles & how we should behave.  I think that i learned a great deal about war tonight.

It’s never dull, although they run the emotional gamut.  Can the horror of an assassination be told in a light-hearted fashion?  Don’t let me spoil it for you, except to affirm: yes it can.  At times they’re in your face, dancing and singing right in front of you.

And just when your ears and eyes are full, we also get the subdued language of a silent film, actors miming rather than speaking: a form perfectly suited to the passivity of a generation swept away by something largely beyond their control, an event where they weren’t consulted, weren’t allowed to speak.  The original music is from the inventive voice of Nicolas Dot, and there’s a great deal of music.  There are many talented contributions, so i hope i’m forgiven for having mentioned so few names, when the ensemble work was so uniformly strong.

As a writer and performer I found this totally inspiring, wanting to jump in with my own contribution, envying them this forum.  I went back and forth between distance (laughter) and empathy (tears), my emotions getting a full workout.

One additional experimental element –and likely a reflection of Lukac’s interest—comes from social media, where channels enabled a virtual viewer to comment.  There was a fascinating moment when the online commentary jabbed at one of the people onstage, who seemed to do a bit of a diva freaking out –comically and excessively – in response to their mistreatment by the tweetosphere.  Even as we explored history this part was brand new & edgy.

Whether you attend at the theatre or online there’s lots to see, and a surprising amount of fun to be had. 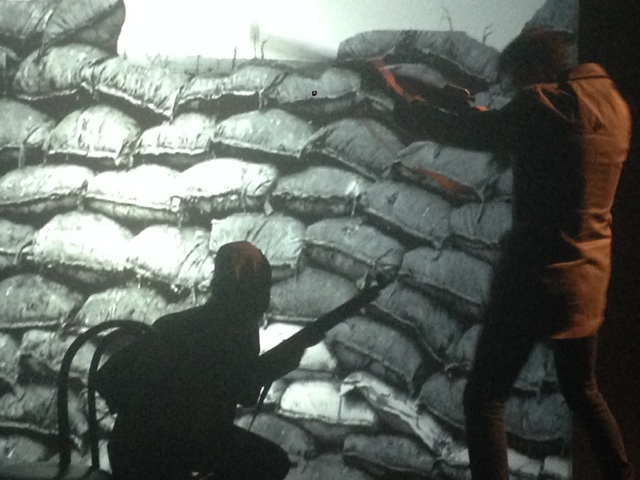