East o’ the Sun and West o’ the Moon

This afternoon I had the pleasure of watching the new Norbert Palej opera from the Canadian Children’s Opera Company: East o’ the Sun and West o’ the Moon with libretto by K T Bryski. It is a traditional folk tale with a prince & a witch, a story of redemption from a kind of curse. But I am willing to bet it has been given a modern twist, given that it’s not a princess saved by a resourceful boy, but rather a prince saved by a resourceful girl. I’d be thrilled if that were how the folk tale actually went, but I suspect it’s instead a tale that’s been adapted and adjusted ever so slightly. Not being an expert, I can’t say for sure.

The adaptation of the story by Bryski and Palej seems to be perfectly tailored for the strengths of CCOC. There are a couple of larger solo parts and a few smaller parts, but a great deal of the opera is given over to the chorus, particularly in the dramatic second act. It’s quite wonderful when the stage is full of trolls: throngs of children with fake noses. They’re not just singers but actors as well, especially adept at portraying fantasy creatures.  I wonder whether it was more fun for the audience or the trolls on the stage. 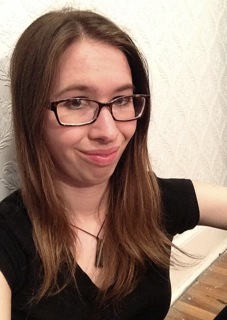 Palej’s score is tuneful, occasionally chromatic but very congenial, even in the mysterious parts that had a couple of the children in the audience on the edge of their seats. The eight member pit band easily made lots of sound when they wanted to fill Enwave Theatre. At times they were soft & atmospheric, Palej’s carefully chosen timbres conjuring the Nordic climate or magic & mystery, a tight performance under the inspired leadership of Ann Cooper Gay, CCOC’s Executive Artistic Director. At the conclusion one could see that Gay is so much more than the leader.  One saw groups of children of varying ages bowing in different groups, corresponding to the actual cohorts of talent, successive groups of children succeeding one another as they move from apprenticeship to leading roles.  And then –after their time with CCOC—sometimes they go on to professional artistic life. Bryski, for example, is a graduate, the first CCOC alumna to come back to create an opera for Gay & the company.

One could easily forget that –hey—these are children singing new music. It’s not atonal-dissonant new, but still quite challenging in places. Gay kept everyone so tightly together that one could easily forget how difficult an art-form opera is. I was totally swept up in the story, when I wasn’t watching children in the audience become successively intrigued, apprehensive (concerned for the characters onstage but never really afraid), and entranced. I heard one youngster say she wanted to see it again right away, perhaps accustomed to hitting a replay button; but a live show is not the same as a DVD.

CCOC have remaining performances Saturday night at 7:30 and Sunday afternoon at 2:00 at Harbourfront’s Enwave Theatre.