The Wedding Dress of Susanna for the Marriage of Figaro

Opera Lyra and McCaffrey Haute Couture invited the media to attend a fitting, a pre-wedding event in celebration of their new production of The Marriage of Figaro, opening March 21st at the National Arts Centre in Ottawa.

Figaro marries Susanna.  They’re servants to the Count and Countess, who offer a wedding present to Susanna: a dress much nicer than what Mr & Mrs Figaro would otherwise be able to afford, at least in Opera Lyra’s new production.

Of course the Count is generous to Susanna because he desires her for himself.

And Wallis Giunta play Cherubino, a young man who also desires Susanna, as well as the Countess: and every other female in sight.  Although the role calls for trousers (and male attire), she was at the event wearing a beautiful beaded gown designed for her by McCaffrey for concert performances. Ms. Giunta has worn McCaffrey’s gowns for concert performances around the world.

Mezzo-soprano Wallis Giunta, who is the face of McCaffrey’s bridal line, approached David McCaffrey about collaboration with Opera Lyra. Instead of picking a dress from his bridal line, McCaffrey decided to design an original for the production. McCaffrey has a long history of creating dresses and costumes for performers.

Sasha Djihanian tried on her bridal gown, and then sang an aria for guests and media.

Champagne and mimosas were served. 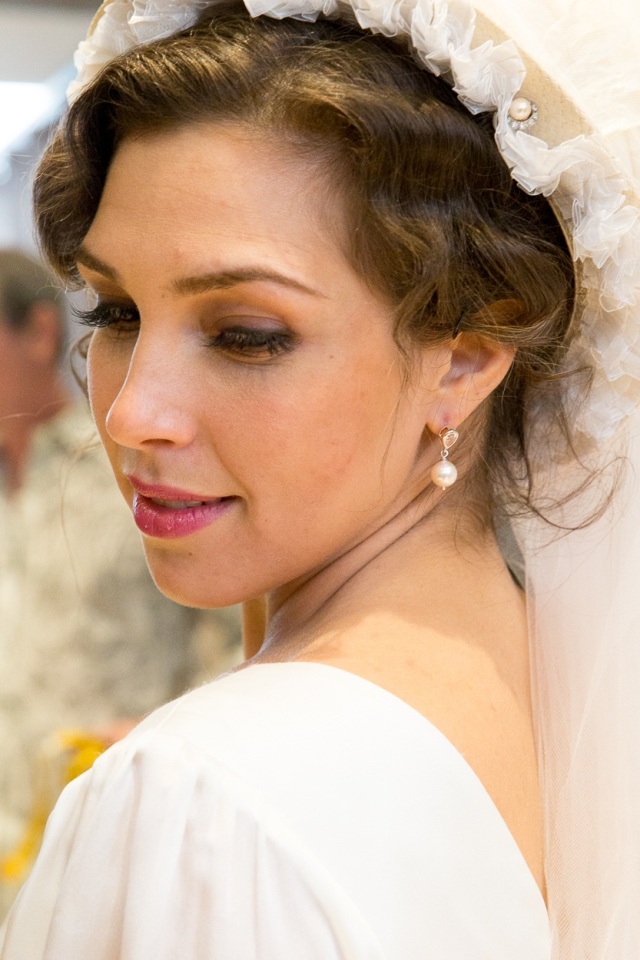 This entry was posted in Opera, Press Releases and Announcements. Bookmark the permalink.