I’ve been hearing the name of Baritone James Westman quite a lot, of late. He’s been in new operas such as Silent Night just this past November in Calgary, or Tovey’s The Inventor.

He was soloist in Messiah with the New York Philharmonic in December, and is fresh from playing Enrico in Pacific Opera’s Lucia di Lammermoor in February. Later this month Westman sings the Count in Opera Lyra’s Marriage of Figaro in Ottawa, and sings Germont in the Canadian Opera Company’s La traviata to open next season.

But first on the occasion of his Count in Opera Lyra’s Figaro I ask Westman ten questions: five about himself and five more about the production.

I am definitely more like my mother, Doris Levy-Westman. She recently passed away, which was very difficult for me, as she was a huge influence on my career. She taught music in over twenty regional school houses. A fantastic fiddler; she chorded piano for June Carter Cash, Ward Allen and the Tommy Hunter Show. She was a relentless yet graceful stage mom who nurtured a deep appreciation for all music in my youth. Many weekends were spent on the 1771 heritage farm jamming with great Canadian fiddlers, country stars and even classical musicians. I believe they came for her famous baked goods, nevertheless, I devoured the live music creations often joining in with my fiddle and voice! Her carefully crafted guidance in my youth enabled me to perform and record with Leonard Bernstein, Benjamin Zander, Vienna Boys Choir, American Boys’ Choir, Paris Boys’ Choir, Boston Symphony and the Toronto Symphony; all before I was 13 years of age!

My traditional father desperately wanted his son to be a hockey playing farmer. He discouraged my mother from accepting a full scholarship at the Royal Conservatory of Music in Toronto to become a farm house wife. He seldom attends my performances. He inspires me greatly in all my ‘Verdian’ paternal roles!

2) What is the best thing or worst thing about being an opera singer? 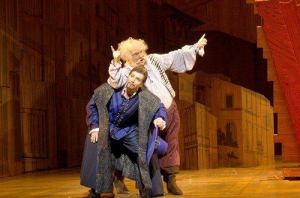 The worst thing about being an opera singer is the traveling – being away from loved ones, friends and family can be disheartening. As a dad, you miss first steps, graduations, first girlfriends, etc.

Just a few years ago I was only home for 25 days out of 365. It is a challenge, yet I must be creative in finding and pursuing ways to be involved in my families lives. My sons, Liam and Hardy are award-winning musicians and furthermore, play hockey at the highest AAA provincial level. I use Skype to coach, parent, and give them as much foundation as I can. My partner Dini is the absolute best and I am nothing without her! She guides the home front to outstanding success.

The best thing about being an opera singer is the beautiful pleasure of creating, healing and communicating with an audience. It is the best job in the world. It is the responsibility of all artists to relentlessly serve the audience by removing, revealing or escaping stresses of everyday life. Like a doctor loves to heal the body, I love to heal the souls of my patients (the audience)!

I have collected a huge selection of old operatic 78-RPM records. I have converted many to my ipod and listen to them daily. I love to analyze the traditions of the greats like Warren, Battisti, Caruso, Etc. I play them on any of my several gramophones. The colors and nuances that these early 20th century artists produced continues to astound me.
In general, the current state of opera has little respect for true ‘bel canto’ singing; it’s all about how loud can you sing above an overblown orchestra in a hall usually built for traveling amplified musicals. It is a shame because the audience suffers the most from this trend – of course, there are exceptions to every rule!

I am currently [a few days ago, when James sent his answers] performing Lucia di Lammermoor with the great Tracy Dahl (Pacific Opera Victoria) and her coloratura is simply amazing. Furthermore, I studied for many years with Dame Joan Sutherland; I would love to have the ability to sing high dramatic coloratura for just one night. It may be the old boy soprano in me… but to float with that much pure power would be divine!

5) When you’re just relaxing and not working what’s your favourite thing to do?

To catch one of my sons hockey games, to hear them practicing their violin/cello. To spend long walks through the bush on my family farm. I never take these family moments for granted.

click for more information about the Opera Lyra production

Five more about playing Count Almaviva in the upcoming Marriage of Figaro in Ottawa.

1) Please talk about the challenges of singing the role of Count Almaviva.

I would like to tell you that Count Almaviva is a challenge, but frankly, compared to some of the Donizetti/Puccini/Verdi roles I perform, Il Conte is a relative walk in the park. I think the recitative causes me the most grief and yet they give me the greatest rewards.

Like in all music the skill of any musician is achieving precise cooperative dynamics. Creating the perfect arched crescendos and diminuendos while maintaining precise Mozart articulation is a challenge with wonderful rewards.

2) The Count is a character who is sometimes seen as the villain of the piece, sometimes as a bit of a rogue. How do you approach your portrayal?

I love this character for his diverse relations to all that surround him. He is a political figure caught up with useless desires, traditional prejudices, and a displaced ego. Played seriously he is a true buffoon. I study regal posturing and mannerisms from different monarchs to give this character a true sense of stage presence. Even Almaviva’s Italian should be of the highest Florentine precision.

3) Do you have a favourite moment in the opera?

My favourite moment in this opera is the finale in Act 2. Having everyone come into the scene to crescendo into chaos demonstrates the true genius of the work.

My favourite Count Almaviva moment is at the end of the opera when he says “Contessa perdono” (Countess forgive me). It is a sublime truthful moment in the opera that finishes the dramatic arch of my Character. I am in tears every time I sing this.

4) As Opera Lyra comes back from the brink, please speak about the importance of cultivating a strong group of Canadian singers.

We have a massive tradition of opera in Canada. It stems from the profound tutelage of the University of Toronto Opera School that was created from talented Italian opera ‘refugees’ after WW2. Most people do not realize that Canada produces more professional opera singers per capita than any other country in the world. Canadian singers have been representing Canada with excellence for many years.

I am to a fault, truly Canadian…… played hockey……made thousands of gallons of maple syrup…….played fiddle with the best of them and …..tinkers on a 1771 heritage farm. I have the authority to say it is our Canadian duty to support and nurture this truly Canadian art form called Opera. It is humankind’s greatest achieved art form and must continue to flourish in one of the world’s greatest societies; Canada. Canadian opera with Canadian singers healing Canadian audiences – we owe that to ourselves. 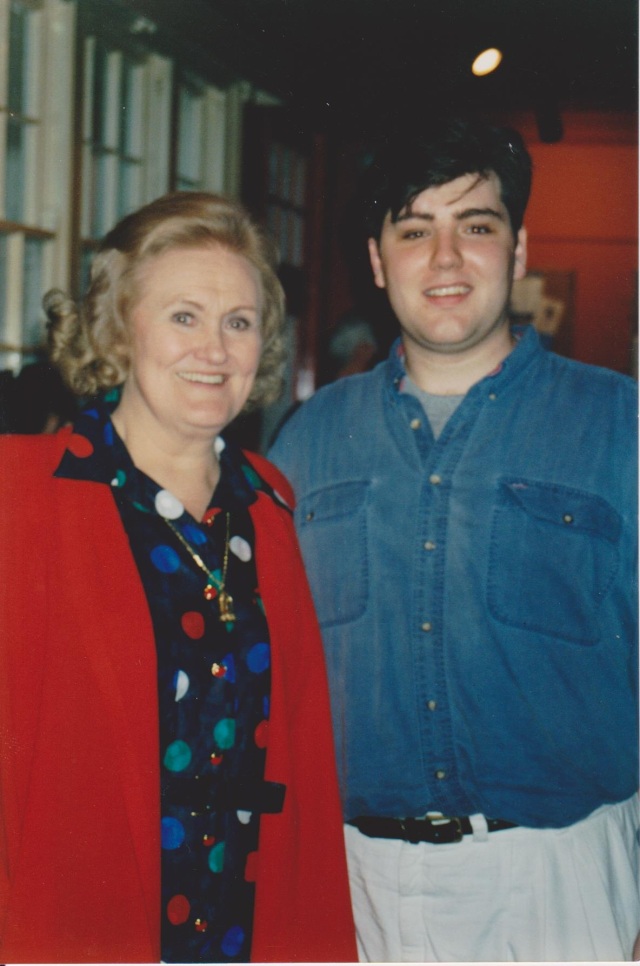 5) Is there a teacher or an influence you’d care to name that you especially admire?

Miss Patricia Kern is my mentor and without her guidance and vast knowledge I would still be toiling on the family farm. I have had many great close mentors (Dame Joan Sutherland, Martin Katz, Marilyn Horne, Neil Semer, Marlena Malas, Louis Quilico, Sheryl Milnes), however, Miss Kern’s wisdom is in the forefront of my mind every time I sing.

James Westman will be singing the role of Count Almaviva in Mozart’s The Marriage of Figaro at Opera Lyra, opening March 21st and running until March 28th.

3 Responses to 10 Questions for James Westman