A Carmen that ends differently

When I’ve missed opening night I try desperately to avoid reading other reviews, a sort of anxiety of influence. Social media makes it tough when you see headlines proclaiming the brilliance of that show: as I saw on Facebook concerning Joel Ivany’s new Carmen with the Canadian Opera Company, that I saw this afternoon in its second performance. When I encounter this much fanfare I resist – out of perverse obstinacy—insisting that I be moved and not influenced by what anyone else thinks, even when (especially when?) I already admire the director. 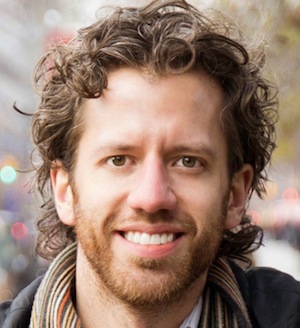 I’ll aim to avoid spoilers so that I don’t steal any of Joel’s thunder. This is the man whose young company Against the Grain Theatre accomplishes a curious sort of alchemy, through a modern adaptation + translation, or “transladaptation”, managing to be new without violating the text. His new version of Cosi fan tutte, namely A Little Too Cozy comes to Toronto next month.  He is a big reason for the buzz I felt in the theatre.

But this Carmen is not a transladaptation. In fact for three acts it’s a very conventional reading of Bizet’s Carmen, not terribly different from previous versions of the opera that we’ve seen.

Then for Act IV, Joel Ivany the radical takes over.  In fairness, we’re set up for that ending in the first three acts even while staying close to the text as written.

Simone Osborne is Micaëla in this cast (there’s a second cast I’ll be reviewing later this month). Can we call it a love-triangle, when one girl is the epitome of sex while the other stands in for conservative wholesomeness, family values and has been selected by Mom? that’s the challenge Micaëla faces both in winning the man’s heart and in winning our sympathies, even if this was likely a totally different sort of dynamic for the family audience in 1875 than now. The last time I saw this production Micaëla was done in such a way as to seem bold (or even feminist?) in visiting her lover Don José and in pursuing him into the mountains in Act III, singing an aria about facing her fears.  She was admirable and the music was moving, even if it didn’t really correpond to what Bizet likely expected. I believe Osborne was closely directed by Ivany, doing the most basic thing in the text: to make her seem young, virginal, vulnerable, and especially (in Act III) afraid. Her courage in her big Act III aria is not a denial of fear but rather the acceptance of her terror while believing God will protect her, a different emphasis taking us directly back to the text. Even a little kiss on her forehead in the first act from José is a big deal. Emphasizing this simple element about Micaëla changes the arc of the entire opera.

By implication Don José is then also more of an innocent, likely also a virgin, helping to explain why he is so totally out of his depth with Carmen. By contrast, not only are Escamillo the bullfighter & Carmen a pair of experienced lovers, both alluding to others they have loved, but they are public personas who boldly address groups of people in their arias.  How can José possibly compete with that kind of flamboyance? Russell Thomas is the naive José, overwhelmed by passions he’s never felt before, becoming a very believable romantic volcano, eventually spinning out of control with frustration and rage. The voice reminds me of James McCracken, who starred opposite Marilyn Horne in Leonard Bernstein’s seminal Met production and the first great recording of the Opéra-Comique version (employing dialogue, like this production). The voice has incredible projection even if –like McCracken—he has a quirky way of singing some vowels; for instance the second syllable of “Carmen” sounds like “ayn”, or the French word “plus” (as in “tu ne m’aimes plus”) becomes more like “plee”. But wow does this voice carry, and he has wonderful conviction at every moment.  Someday i’d like to hear him sing Wagner or perhaps Verdi’s Otello.

The two larger-than-life performers certainly deliver. Anita Rachvelishvili’s Carmen sails through her performances to crowds –such as the Habanera—without much difficulty, but also without engaging me at a level beyond her big persona. I was won over by her softer scenes, such as the fortune telling scene of Act III and especially in her duet with Thomas to end the opera. The voice projects even when she sings softly, the moments that I found most persuasive, whereas I found the big numbers a bit generic for my taste, and indeed felt that Ivany and the chorus were trapped in her aura for those moments. Better in a smaller part was her toreador, namely Christian Van Horn, although it’s a role that works whether you’re likeable or not, and in this version Van Horn gave us an enjoyable Escamillo, with a ringing voice and lots of swagger.

What’s so different about the end of this Carmen, and how can I talk about it without giving it away? Let’s just say that John Allemang – interviewed by the Globe and Mail recently about life as an extra—and his colleagues come to the fore. Bringing the last act of this opera to life –an act that can seem predictable– is Ivany’s greatest achievement. Some of it is simply a matter of being creative with the opera exactly as written. The other divergence is at the very end, a tiny change that doesn’t violate the plot even as we’re left with something different from any Carmen I’ve ever seen. See if you can watch what Thomas and Rachvelishvili do with the ending without being moved. I was blindsided, and will only spoil the ending confessing that I’ve never cried at the end of this opera before, never felt such a strong sense of tragedy.

The cast is full of Canadian talent. Alain Coulombe offers a fleshed out version of army captain Zuniga. Iain MacNeil has the necessary flamboyance for Dancairo, the smuggler leader, accompanied by the more soft-spoken Remendado, the ever smiling Jean-Philippe Fortier-Lazure. Sasha Djihanian and Charlotte Burrage as Frasquita and Mercedes –the gypsy girls who seem to function as Carmen’s backup singers—were regularly pressed into action by Ivany, whether wielding dance moves in Act II, rifles in Act III, or all dressed-up for the bullfight in the last scene. In the first and last acts we have the pleasure of watching the Canadian Children’s Opera Company, alongside the COC Chorus. Should I offer my expression of gratitude to Alexander Neef for the Canadians onstage? Perhaps, yet they could do better. My dream is that unless we’re seeing a real star onstage, the default position of the COC should be to hire a Canadian. While Van Horn –an American—was good, there are Canadians who could have sung this role. I will set aside consideration of the two leads – Russell Thomas and Anita Rachvelishvili—who were wonderful, even if there may be Canadians who can undertake the starring roles. Both of the women playing Micaëla (today’s Simone Osborne, and Karine Boucher in the other cast) are Canadian, as is David Pomeroy the Don José in the other cast.

Paolo Carignani led a brisk and energetic reading of the score (the way I like it). And as I have mentioned, a whole different cast takes the stage April 20th who may offer a different interpretation. Carmen continues at the Four Seasons Centre until May 15th.

This entry was posted in Music and musicology, Opera. Bookmark the permalink.

1 Response to A Carmen that ends differently