Opera Atelier and Purcell’s Dido and Aeneas go back a long way. This was the opera with which they began, thirty years ago.

But this is not the same opera. Tonight we saw a new creation unveiled, an expanded version of the great English opera. 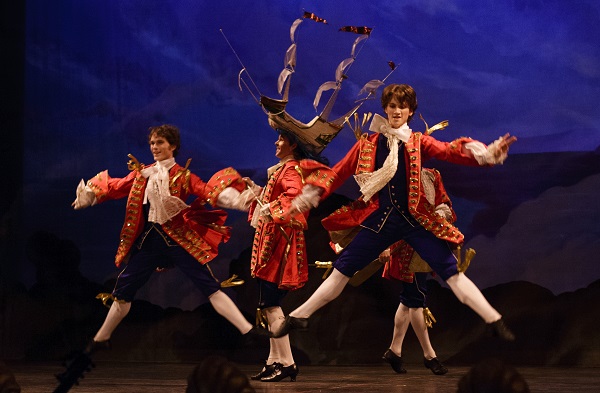 I had the good fortune to run into David Fallis, Opera Atelier’s Music Director & conductor,  a couple of days ago at the Edward Johnson Building.  David spoke with quiet excitement about the upcoming dress rehearsal, the expanded work with the children’s chorus that might have some resonances with that first known performance at a girl’s school of 1689.

And so I paid particular attention to David’s notes in the program, where he gives the most useful commentary of anyone on the team or so it felt to me. That’s scarcely surprising considering that in most opera productions the conductor functions as a kind of dramaturg, having final say on which bar of music is or is not included, although it might also be due to his other roles as Artistic Director of Toronto Consort, and therefore as a programmer & educator.

David’s program notes include the following:

…the materials which have come down to us from the 17th and 18th centuries are full of mysteries. The main surviving musical score dates from the mid-18th century, over fifty years after the death of Henry Purcell. There is a libretto (text only) from 1689, entitled “An Opera perform’d at Mr Josias Priest’s Boarding-School at Chelsey, by young gentlewomen”…. Unfortunately there are many details in the libretto which are not reflected in the surviving score. For instance, the libretto of Dido has a prologue for which there is no music in the score. As well, there are numerous indications for dances in the libretto, but again, much music is missing. In our production, we have tried to fill in some of these gaps.

Artistic Director Marshall Pynkoski says a few things that might seem to be a contradiction.

For our current performances we have stripped the production down considerably, focusing more than ever on clear, coherent storytelling and the opera’s inherent tension between the rigid formality of a courtly world at odds with the most visceral of human emotions.

It’s not stripped down as far as I could see, but is a longer Dido than any that one could find in the world, due to the additions to which David alludes. Pynkoski continues

I would be remiss if I did not thank my entire artistic team, most of whom have explored this opera with me for more than thirty years.

While he thanks the new additions – the Toronto Children’s Chorus—and again thanks Tafelmusik Baroque Orchestra, I see no mention of the creator of this work. Is it a team effort, written / assembled by Pynkoski and Fallis plus others? I wish I knew, as this is in some ways a bold experiment. I’d like to know whose name appears on the copyright, if indeed anyone is bothering to create one, for this new version of the opera.  Perhaps at some point they might realize that other opera companies might want to produce this or something like it.  At the very least it deserves more recognition in the program than Pynkoski offered.

Let me repeat, this is not a stripped down Dido. There’s a brand-new prologue that gives us some of the subtext.  Perhaps Pynkoski seeks to defend the longer opera.  I wonder if there was a long conversation/debate before this version was arrived at, because if it had been up to me, it would be longer still. The prologue includes a long dramatic reading from Vergil’s Aeneid, spoken in a big declamatory voice by Irene Poole, who has the role of “Narrator”. Perhaps that’s exactly as it appears in the libretto, yet I would doubt this is how Purcell imagined it, but that it’s more a pragmatic choice, a matter of how it had to be done with the available resources. If this segment could have been somehow set to music, in some sort of arioso arranged from something else Purcell composed it would have been much longer & more expensive. This version is spoken with some music underneath, as you’d get in a melodrama, and doesn’t seem apt for the 17th century, but of course i could be wrong.  And so while part of me rejoices with the bold new creation, another part of me is quibbling, that for a company whose lifeblood has been historicity, that the dramaturgy in this segment is a bit puzzling, at least in the use of the narrator. Yet perhaps this was a choice in service of authenticity, for fear of being too strange, too adventurous, too hard to justify. It’s ironic given that at times the earlier baroque (before 1700) could dispense with restrictions, given the readiness of performers to substitute arias by other composers, and the readiness by some to borrow music from others. Fallis’ use of a passage by another composer (Marais) is totally defensible within this tradition.

David is totally right when he speaks of how the additional material “restores the greater length of an opera that is often considered a small chamber work”. In other words, the weight this adds makes total sense, both in the prologue and in the dances, and makes a full meal out of what has been a mere appetizer. 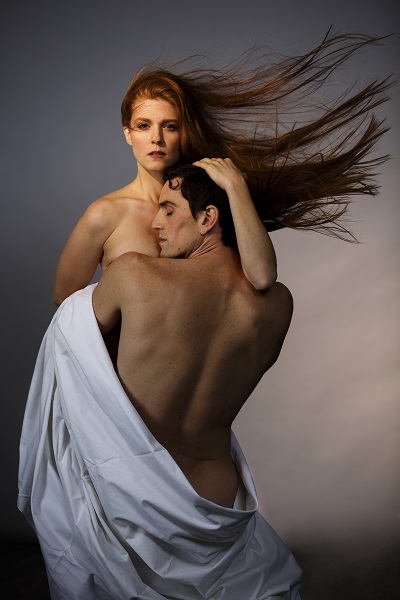 The posters showing beautiful pictures of Wallis Giunta accurately reflect her star power. In a recent class, we talked about the “triple threat”, and how opera singers rarely have that kind of versatility (I could only think of Barbara Hannigan for her unprecedented work in Lulu), yet tonight we watched both Giunta and Christopher Enns moving with the dancers, if not fully incorporated into Jeannette Lajeunesse Zingg’s choreography. Vying with these two for our affections was Opera Atelier & Toronto Consort stalwart Laura Pudwell as a very funny Sorceress with that big voice. Meghan Lindsay was a strong Belinda, a sympathetic presence alongside Dido.

With such a beautiful opera, how could making it longer be anything but an improvement? I suggest you see it for yourself to confirm that additional material improves it. Dido and Aeneas runs until October 29th at the Elgin Theatre.

This entry was posted in Reviews. Bookmark the permalink.

1 Response to Opera Atelier creates a new Dido and Aeneas