It sounds challenging, this objective of Filament Incubator to produce eight plays in eight months and as far as I can tell they pulled it off. 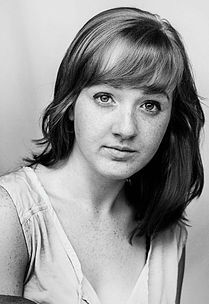 How difficult is it? To put it in context, you’d have to look at how many new plays get produced by each of the theatre companies in this city. They likely have more resources & funding. And perhaps key is that the playwrights are knocking on their doors, sending them proposals and scripts and asking to be admitted to workshops and programs.
If the other Filament Incubations –that is, the raw creations brought to fruition by Filament Incubator—were anything like Caitie Graham’s Paradise Comics, that I saw tonight, it’s quite a marvelous achievement.

Without giving it all away, I will say that Paradise Comics flies by, a ninety minute show that felt like it must have been less than an hour. It’s remarkably accurate in its portrayal of the issues we’ve encountered in my own family, such as incipient sexuality, depression, the enabling of bad behaviour and the power struggles between parents trying to cope.

But don’t get the wrong idea. I was laughing loudly throughout, the writing bouncing back and forth between a few serious moments and a great many comical ones.

It wouldn’t work without a tight ensemble picking up cues but genuinely listening to one another. 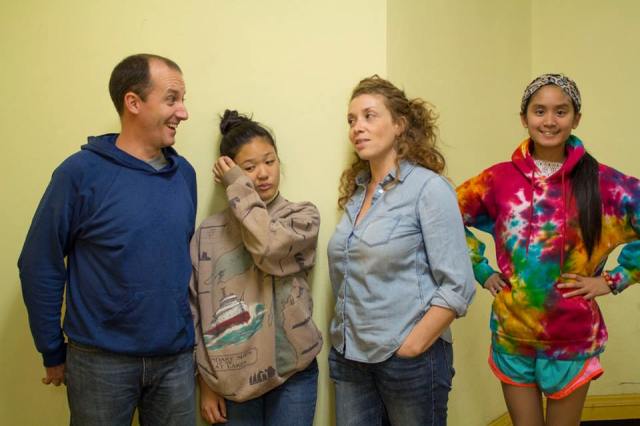 Sherman Tsang is Beans, the nerdy child who is perhaps the most adult person on the stage even though she’s only 13. She’s angry and we won’t find out what fuels her fire until later. For now she’s the straight-person in many comic scenes, while the others play off her fury. Maddie Bautista is her partner in presentations & self-discovery, gleefully setting up the best laughs of the night without tipping anything off (but how could she keep from laughing?).

The adult world is the axis between Sarah Naomi Campbell as Janie and David Ross first as her partner George and later as Marvin. Director Darwin Lyons makes every relationship valid & alive.

I never felt any sense that this was a new and untested play, but instead fell deeply into the world of Caitie Graham’s story. Graham has a gift for dialogue, particularly between the children. 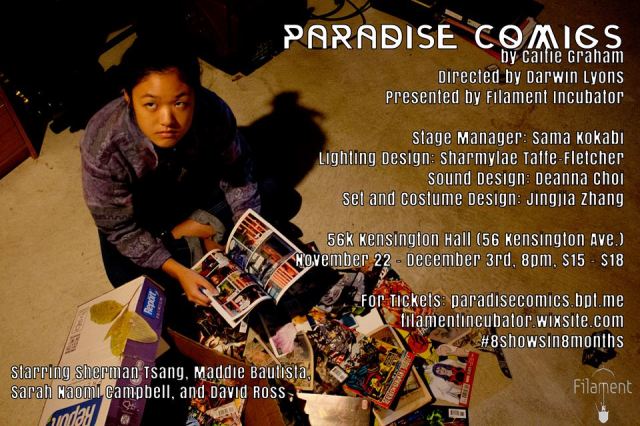