Posted on December 3, 2016 by barczablog

The Toronto Symphony, the Toronto Mendelssohn Choir, The Canadian Children’s Opera Company in partnership with tiff presented a concert performance of Howard Shore’s score for The Fellowship of the Ring, the first of Peter Jackson’s Tolkien films. If you think that sounds like a lot of people, you’d be right, and that’s not even including the big-screen presentation of the film, with its cast of thousands of humans, orcs, elves, dwarves, hobbits, uruk-hai, and assorted birds. Considering that I consider the first film to be the weakest of the three, I did not expect such an overwhelming experience, and am a little gaga imagining what the other two might be like, in a live concert version.

It’s not at all the same experience as the films we’ve seen in the theatres or at home on DVD or Blue-Ray. We have subtitles for the dialogue, which was often drowned out by the powerful musical forces arrayed around and behind the screen.

I’ve made analogies to try to describe this experience after seeing several other tiff—TSO co-productions, and I realize that my words fail to adequately capture the true magic of the experience. It needs to be said that

I think of Shore as a film music composer with a background in rock or popular music, one of many now composing for film, such as

But it’s a simplistic thought and hardly a new development, especially considering the composers who could write jazz—such as David Raksin or Elmer Bernstein– from more than half a century ago who changed the sound of film scores. 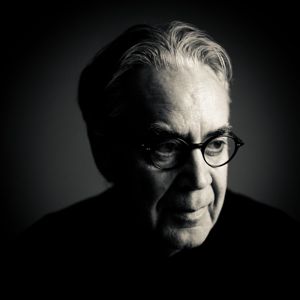 Shore has a particular sound that he employs in the Tolkien trilogy that doesn’t necessarily stand on its own, so much as work in partnership with the films. While I am a great admirer of Bernard Herrmann –to name one obvious example—I didn’t have nearly such a powerful experience seeing his films live (last year the TSO and tiff partnered to offer us Psycho and Vertigo), as I had tonight, and i confess it took me by surprise.

I think part of it is Shore’s counter-intuitive choices. In the sequence where Boromir dies–to give the most obvious example in the film– we get a very plaintive sound from the chorus, something you might call sentimental, but that I’d simply call beautiful, effective, powerful.

These moments are distant cousins of moments in Elfman scores where he uses wordless chorus.  For some reason these compositions have a a particularly powerful  impact live. I have no doubt that my favourite moment in The Two Towers –the sunrise sequence in the battle of Helm’s Deep, where Gandalf re-appears on a horse—would become overpowering done live.

I may be overthinking this, but where Herrmann’s scores are mostly cool surfaces applied to overpowering images in the Hitchcock films, Shore’s scores are more purely romantic.
And yes I’m hoping that the TSO & tiff offer us the other two Jackson Tolkien films.

In passing I must mention that Shore created an operatic version of The Fly¸ from one of several Cronenberg films scored by Shore.

As the Canadian Opera Company looks for possible scores, here’s one by a Canadian composer that has already been staged in France, USA and Germany.

There’s no question there’s a big market for this. I mentioned not long ago that Danny Elfman participated in a live performance of Nightmare Before Christmas with Paul Rubens & Catherine O’Hara in the Hollywood Bowl.

I wonder just how big the potential market is for this kind of film showing. Make no mistake, it’s a very special thrill, and the TSO seem to recognize that fact. I am expecting that next season they will have even more films with live accompaniment.

And I’ll be there if at all possible.