Tafelmusik have released their recording of the nine Beethoven Symphonies.

Before I start going into detail, getting philosophical, getting all mushy about Beethoven, let me say that if you’re looking for a gift for the music-lover in your life, this is likely the single most perfect gift you could give.

If they know Beethoven well, they get a fresh perspective on music that they likely know. Some people know a few of the symphonies, like those people who go to church only at Christmas or Easter, familiar with # 5 and #9.  For those who know every note, it’s even more exciting, a genuinely fresh approach to the symphonies, that only becomes clear to me now that I hear them as a set.  And even for that person who has never become acquainted with Beethoven, in this set they’ll get a brilliant introduction to some of the greatest music ever written. 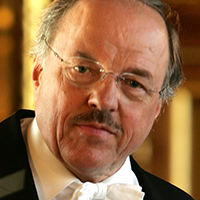 There is something truly special in the interpretations of Bruno Weil, conducting Tafelmusik in the decade plus that this cycle was created.  I struggled with it for awhile, trying to identify what I experienced, whether I really was having a concrete experience or just failing to understand. It wasn’t like the Beethoven I knew, and at one time I felt frustrated. In the process, I’ve been moved to re-think the word “interpretation”.

I grew up listening to Toscanini & the NBC Orchestra first (a mono set my father purchased), then the von Karajan set with the Berlin Philharmonic from the 1960s.  Conductors took the music and shaped it, bringing out voices the way a piano player would emphasize a melodic line.  I was listening as a child in the ’60s, an era of the all-powerful conductor.  Imagine that the music is like a facial portrait, and those older recordings all had the hair slicked down, or parted on one side or piled high as though wearing a wig. Bruno Weil dares to let the hair be a bit messy, to let us see the face as it really is.  What if, I now dare ask myself, all that fancy hair (metaphorically speaking) is a distortion?

What I found myself doing was listening to every note, every line, every voice.  Weil does not suppress one part to help bring out another. What’s daring and new for me in these recordings is that I can hear every little part.  I can’t help thinking that this is what Beethoven must have sounded like in his first appearance: that is, in the performances before conductors started regularly “interpreting” symphonies in particular ways (aka distorting and changing the music).

This is especially important when you factor in the use of Tafelmusik and their gentle sound.  Yes the opening of the Eroica is loud, as is the opening of the 5th and 7th and 8th and even the  9th(after a few bars).  And yet, this is a different sort of loud.  I hear every note, and it’s not harsh.  Weil lets us hear every part, without giving undue emphasis to the lines that Karajan or Toscanini (and a host of others) brought out, according to their doctrine of interpretation.  It means we experience the noise, the disorder, that must have presented itself to the listeners who encountered Beethoven early in the 19th Century, when there was not yet any idea how to approach these works. This makes it edgy & new in the most fundamental way.  Moreover, maybe those ideas –of bringing out certain voices—is a wrong-headed approach.  Especially if you explore and discover these works at the piano keyboard via transcription –as some do—there is an automatic tendency to simplify and paraphrase: as a transcription is usually a paraphrase that must leave some of the music out to allow a single person to play it.  I can’t help thinking that conductors are simplifying, domesticating, pruning their Beethoven, by reducing the disorder and complexity, by rationalizing the music into something simpler than it should be.  They become like plastic surgeons, going about their mission to beautify that which is already beautiful.  Why am I suddenly thinking of poor Joan Rivers?

I have to ask this underlying question. Is the job of the conductor to tidy up the music, to be a kind of dramaturg, making a set of assumptions about what we should be hearing, and then editing the original via selective emphasis, to change the music into something different?  We don’t notice this process if there’s a decades long consensus, that leads conductors to tidy and rationalize, if conductors are always being unfaithful to the music.

I found it especially in the 9th Symphony.  This is a performance like no other I’ve ever encountered, and not because they’re doing something so wild and radical. Instead, they’re singing more softly, playing more softly, and letting us hear what Beethoven wrote.

That first movement starts oh so softly, all the voices contributing to the cloud of mystery that builds, resolving in the first big statement of the theme.  It’s not overly loud, not all tidied up, but instead, rough around the edges: the way it was written.  Voices burble up from all sides, woodwinds and brass commenting softly but never entirely taking the focus, the strings solid but not the pristine clear sound one gets from modern strings.  This is a passionate sound, the bite of the bows grabbing you as surely as they grab the strings to make sound.  I’ve been playing this Ninth over and over the past few days (since last week).  The scherzo is perhaps an indication of how good the composition is: that it sounds like most other recordings of this movement, one that I always enjoy.  This one is as good, without the necessity of the colossal climaxes we sometimes get in recordings of this movement.  There is less of that sense of a conductor managing us and controlling us, as the piece simply flows to its climax.  The  third movement moves at a good pace, but again, exquisitely detailed, every inner voice heard, without treating any part as though it is the most important.

When we come to the last movement, Weil is making sense of this movement for me, for the first time. I have heard so many performances that capture choruses straining and sounding pained, stressed –rather than joyful—while competing with an orchestra that is just too loud.  Weil gives us something on a more human scale, which is hardly surprising when we remember what Tafelmusik and Opera Atelier usually accomplish.  The recitative for the lower strings makes so much sense, played very directly, until we get to the first statements of the melody.  I have yet to listen to the full tutti eruption of the main theme without either grinning like a kid on Christmas, crying like a baby, or both.  It’s probably because so much of this recording is done on a human scale, and suddenly we’re hearing a full eruption of passionate sound, that grew organically from the first tentative sounds of the strings in that recitative.

When bass-baritone Simon Tischler declares the famous opening lines of the movement, it’s the calmest and clearest I’ve ever heard.  I recall so many versions, the big loud sound of Walter Berry for example, on that 1960s era Karajan recording.  That orchestra is so loud, the singer so operatic, so over-the-top in his demand for our attention when he says “Oh Freunde”.  It’s a scary sound, actually. I wouldn’t talk to MY friends that way unless they need to be asked to leave, or I had a room that seats 3,000.  Tischler is much gentler, he really sounds like someone addressing his friends in an intimate way.  He articulates every note, and when he starts into the famous tune, it’s effortless and comforting, the way a good tune should be.  We’re not listening to a virtuoso vehicle –which is what Berry makes it feel like—but a simple folk tune.  And when the Tafelmusik chorus echo him, they sound joyful too, not pained the way so many choruses sound in this music.  The gentler quartet lines that follow are again joyful, effortless, and for once, musical. They are in tune.  Soprano Sigrid Plundrich floats up to the high notes rather than the usual struggle one gets.  I can’t help thinking that we’ve been doing it wrong for almost 200 years, when I hear such lovely sound, and so much less tension and pitch struggles.  I’ve never heard a soprano make it sound so easy. Is that because Plundrich is better than Gundula Janowitz (for example)? Or that all those other conductors turn it into a struggle, a titanic display of force comparable to D-Day, instead of letting the piece be calm & joyful.  The Tafelmusik sound is easier on the soloists.

When tenor Colin Balzer sings his solo “Froh, Froh, wie seine Sonnen fliegen…” we get a similar breath of fresh air.  This should sound like a happy tune, right? And it does. Balzer makes you smile immediately, with his beauty of tone, his easy flexibility, a colour perfectly suited to this music.

There is comparable magic in every symphony of the set.  For awhile I thought the Eroica was my favourite, particularly the epic first two movements.   But then I got stuck for awhile on #4, especially the pulsing Adagio with its alternation between powerful brass and subtler woodwind voices.  And then I disappeared into #5 and 6, back and forth between the two for a couple of days.

This recording encouraged me to think about hearing, about the music a deaf composer writes and how it might have sounded to him inside his head as he wrote it.  There are places where I swear Beethoven seemed to be playing with sound, as though he were testing our ability to hear.  The music can be especially clear on a digital recording yet as one phrase dies out and mixes with the next do we really hear it properly?  In some symphonies, thinking especially of #8, I wonder.  Is he testing our hearing, with those sudden loud passages followed by softness?  In a hall with any kind of reverb, we lose detail, if a loud chord is fading with soft notes following, as we get in the 8th.  And in those carefully rhetorical constructions such as the opening of the Eroica finale, was he telling his audience about his infirmity?  There is something so plaintively mechanical in those first notes, I wonder, was he signalling? Telling us that even this bare bones structure was beyond his ability to hear?

The CDs are beautifully organized, on three pairs of CDs:

I am going to keep listening to these CDs for the next little Weil… I mean while.  They’re quite marvelous, and I can’t recommend them highly enough.

For further information see this.