Makeover or decay, vocally and otherwise

I’m preparing to sing something and I am afraid it — that I– will sound terrible.

Ah this blog, it’s a big public diary, my therapy. These gut level perceptions in the moment without too much reflection, are assembled after the fact, so that I can make it look as though there’s a brain in there somewhere, to simulate a rational person.  That’s why I usually post reviews of plays and operas and concerts the night of, rather than the morning after.

Of course I don’t have time to do it any other way.

It’s almost completely devoid of strategic discourse even though there’s lots of planning at the meta level, when I stare at the calendar, often ruefully wondering where the year has flown, why I didn’t get to a particular show.  When I interview Herr Handel or Juan Chioran, it’s planned around something later on the calendar, both to help them promote their event (for example the Singalong Messiah Dec 17th, or Podium Concert Productions’ Nine In Concert, in January 2018), AND for me to wrap my head around it in anticipation of seeing it.  I hope it has value if my effort to unpack / digest / understand / explore helps others to make similar discoveries. 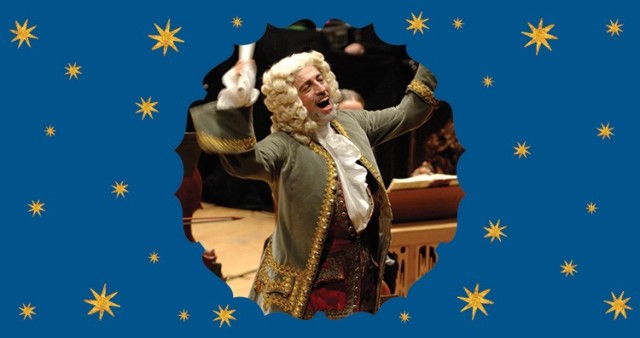 Messiah is tomorrow, and it’s a singalong, gulp.

That little preamble about how the blog is organized is a commentary on how my life is organized.  Or maybe “disorganized”? It’s a kind of dialogue or debate between reflection and impulse, between entropy and order. Sometimes Philip Glass seems to be winning—in endless repetitions especially in the car going to and from work—while at other times it’s a jazzy improvisation, or so I tell myself.  Barcza is barczablog and vice versa. When change happens in my life or on the blog, some of it is planned (as in a makeover or a renovation), and some is organic (as in aging, decay, or growth & evolution).  Necessities precede plans, the way a digger wasp’s home-building in the planks of our deck led to the destruction of that deck and the inevitable rebuild, one of several home renos we’re enduring.

Every year I think about whose Messiah I will see/hear.  There have been years of (what mad heresy is this!) multiple Messiahs, but most years I pick just one, between the various competing options available in the GTA.

The fact that I interviewed Herr Handel was a clue as to whose Messiah I’m seeing this time.  But I think I need to address the deeper concerns.  Yes I’m going to the Singalong Messiah Sunday December 17th meaning that I will be singing along.

The last time I went, I sang the tenor line among other tenors, confident in my knowledge of their part, and arrogantly pumping out a big loud sound as though I were stuck in the 1950s in Thomas Beecham’s chorus, wanting to shove Vickers aside (no he wasn’t there… I’m just extending the wacky metaphor) to sing the solos too (did I say “arrogant”? I’m not sure if the word is really adequate to the hubris of the moment).  And choral singing allows for the kind of anonymous crooning and bleating that wouldn’t or shouldn’t work for a soloist.

But fast forward to 2017. While I have sung a wee bit in church (whenever I sub for David Warrack at the organ), it’s been a long time sing I sang this music.  And let’s be honest. In total it’s a big sing for someone who stopped being a soloist last year, who only sings intermittently, from the organ to lead the congregation (as a sub) or recreationally at home.  When I was a regular soloist I’d always notice that I was out of shape vocally when choir resumed in the fall after the summer holiday, but would gradually became accustomed to singing, getting into shape, building stamina for the extra singing around Christmas and again at Easter.  While I may have explained my decision to give up my regular gig singing in Hillcrest Church’s chancel choir as part of some sort of plan or strategy, in truth it was more like that infestation in the planks.  Something was (or is?) rotten in the state of my voicebox.   However much I implied a strategic motivation, my main concern was that my top notes are not what they used to be, that I am out of practice: perhaps permanently..?

So Sunday will be a bit of an adventure. Today as I sang through “Lift Up Your Heads” and “Worthy Is the Lamb / Amen”, the wasps infesting the chords tell me that I need to accept the realities of age or my lack of practice and sing the bass part rather than the tenor part.  While I did manage to sing a couple of them, when I went on to add “And the Glory of the Lord”, and “Hallelujah” –which doesn’t have any hiding places for the tenors—I sadly had to face the fact.  The scary thing is, that those tenor parts were learned over the years singing with other choirs. I was at St Leonard’s in North Toronto in the 1990s with Arthur Wenk, when he painstakingly taught us a series of choruses and then gave a concert presenting a few solos.  I was lucky to sing “Comfort Ye“ and “Ev’ry Valley” in a concert including a teenaged Robert Pomakov singing “The Trumpet Shall Sound”.  And Sarah Gartshore sang a marvelous “I Know that my Redeemer Liveth”.  But that was in the 1990s.  To sing the bass parts, I will be singing parts that are new to me, that basses usually learn to sing for years, rather than sight-reading.  That’s why I’ll sing in the mixed voice section, so that from time to time I can take a walk on the wild side, and at least try to sing the tenor parts of my youth. I am perhaps also admitting the inadmissible.  People practice and learn over time usually but I am spoiled by being a good sight-reader.

Tomorrow is as much as anything, me getting off my butt and putting my money where my mouth is, rather than just passively drinking in the work of everyone else.  I miss performing. While I know I’ll make mistakes, hopefully Herr Handel won’t hear mine over the thousands of other voices.

It’s a fun thing, this Singalong business.  I want to be perfect, I am sure everyone does.  But first and foremost, it’s a chance to commune with the music and those great artists on the stage, and vanish into that big beautiful sound.

This entry was posted in Music and musicology, Personal ruminations & essays. Bookmark the permalink.