Against the Grain Orphée+

That plus sign might signify an opera updated, enlarged, perhaps even reformed(?). The “+” means some remarkable additions and changes from Gluck’s original, Orphée et Eurydice (or the Italian version aka Orfeo ed Euridice). Gluck created more than one version, but the + is a 21st century incarnation whose pluses include adventurous mise en scene, electronic guitar, and a virtual chorus, who aptly mirror the isolation of so many in the modern world addicted to our phones. There are some marvelous ideas vying for our lonely broken hearts. It’s a colossal team effort, involving singers, dancers, musicians, designers, directed by Joel Ivany,  choreographed by Austin McCorrmick, a co-production between Toronto’s Against the Grain Theatre, Columbus’s Opera Columbus, The Banff Centre for Arts and Creativity and New York’s Company XIV. This is the biggest collaborative effort we’ve seen yet from AtG and expensive considering how beautiful it is in so many ways, appealing to all of our senses.

For anyone who knows Gluck’s opera this is familiar turf. The story gets told with some intriguing wrinkles and embellishments. Love (aka “Amour”) is the most flamboyant character in the story and in the production, sung, acted and… okay I have to stop and pose a question.

What is the verb for what an aerialist does? I googled and found a wonderful plethora of words and images describing the moves, a reflection of a burgeoning culture that’s far from the operatic world. Because aerials have rarely been integrated into another medium such as opera, the vocabulary is unfamiliar outside that realm. There are moves and positions that have names within the community, the same way that figure skating or dance has given names to the positions or the leaps. Just as we learned what a death spiral or an arabesque looks like, so too eventually for a single knee hang, shoulder balance or so many more. But when I start dropping the names I’ve become the sort of snob I hate (I loathe jargon on principle): so I’ll stop.

Of course part of the problem may be that it’s hard to talk when your mouth is hanging open, silenced but for a few gasps. I guess I need to get out more.

Marcy Richardson is the best reason to go see Orphée+, as though the plus-sign were the twinkle in her eye. Marcy is an aerialist, dressed as Love with wings and sequins and looking like a slim petite version of Mae West (please note, I speak as a huge fan of Mae West, the under-rated and empowered sex goddess from another century). Did I mention that Marcy also sings? And that she does it while suspended upside down ten feet above the stage? So in other words we’re talking about a remarkable feat verging on a circus stunt, something that might even be called dangerous or death-defying.

All in a day’s work if you’re an immortal goddess.

You will never see or hear anything like this in your lifetime, at least not until singers routinely incorporate aerials into their training. But I wouldn’t hold your breath for that possibility. It’s not impossible I suppose. I remember being taken aback by Barbara Hannigan doing the role of Lulu on her toes, so perhaps there will be another rare multi-talented performer like Marcy Richardson.

We’re in a very interesting time for displays of beauty. One of the things I love about burlesque, invoked in the costuming and in the movement style of Company XIV, is the aura of empowerment that totally deconstructs the old-fashioned objectification of women we used to see in the 1950s and before, when a performance like the one I saw tonight could elicit wolf-whistles: but in places far removed from the operatic stage. This is a relatively new notion of beauty, an inclusive image that isn’t sizist or sexist, although it remains to be seen whether age or disability can also be transcended as well. As the bodies on this stage from Company XIV conform to the thin athletic ideal, I can’t say Orphee+ is a fully inclusive display of that sort even when the 21st century burlesque aesthetic suggests something more broadly accepting; and we did venture into ambiguous territory when dancers paired off & moved in ways to signify intimacy, at least avoiding the hetero-normative displays one sometimes sees in ballet & theatre.

What Marcy and her Company XIV entourage pulled off is stunning and apt for this opera, where she is the redeeming goddess who rescues the other two protagonists. They say love conquers all, and on this occasion it was so.

I’ll continue to harp on a theme I keep bringing up, that opera is theatre above all. We are immersed in a powerful spectacle, not just in the form of Marcy’s magnificent movement, but in the stage picture incorporating wonderful CGI on a stunning set, all designed by S. Katy Tucker. Long before we see Mireille Asselin perform Eurydice, we’re seeing her face projected in different ways, haunting poor Orphée, played by Siman Chung. All three are wonderfully musical, emerging out of the soundscape conducted by Topher Mokrzewski, an orchestral texture including keys and guitar. John Gzowski’s contribution is lurking throughout, a sound design that gives the piece an edge. When I say it sounds like hell I mean it in a good way, in an opera showing us the afterlife. The addition of electronics plus a virtual chorus may represent departures from Gluck’s original, but the goal is theatre & magic.

It’s the morning after (I set aside my review late last night) and I woke up thinking about Opera Atelier, suddenly appreciative of what they achieve and thinking of how hard it is integrating dance into the story-telling, making the dance inevitable and cathartic. They do it by relentlessly forcing everyone—dancers, singers and maybe even the stage-hands—to conform to the same consistent movement vocabulary. In places the Orphée+ dance –beautiful and skilful as it was–seemed extraneous rather than organically linked to the story-telling. Perhaps I’m caught up in the visual aesthetic & its fashionable appearance, but these dances felt more like accessories, scarves and fascinators, adornments rather than an organic living part of the whole. When I went to bed I was trying to find the right way to express what I felt was missing. But I think the key is that Gluck is known as a reformer, his Orphée sometimes austere and dry (thinking for instance of the minimalist version we saw from Robert Carsen at the COC), a reform of the excesses that preceded him in removing divertissements and extraneous decoration. The + in Orphée+ seems to be the attempt to put a lot of the stuff back in that Gluck sought to remove, a counter-revolution against the reformer. I wouldn’t object if I felt it hung together better, but my sense of the + as excess came to me after the interval. Where the first half cohered beautifully (and isn’t it always the way with daring adaptations?), the longer we went on, the more I felt that the different parts –and collaborating companies—almost seemed to be in competition rather than accord.

So in other words I think Orphée+ is AtG’s bridge too far, biting off more than they can chew, in the collaboration between one company too many, a brave attempt that still hasn’t quite gelled. So many of their productions are near-perfect especially in their ability to pull it all together around a few key ideas. On this occasion, while there is so much that’s brilliant, yet the performance felt very uneven to me, spectacularly breath-taking when Amour is onstage but far less exciting when she’s not there. We had tantalizing guitar work, some loud electronics in the scenes with the furies, and tantalizing dancers. Go big or go home I wanted to say, because I felt the negotiation underway between the existing text and the desire to make it bolder and newer. Hell could be so much more seductive, so much louder and nastier. I felt that what we got was so respectful of Gluck, in the way that a project requiring so many players –onstage and in the pit—with so many pages of musical score, must negotiate between daring adventure and more cautious steps in the service of organization & intelligibility. I wanted more adventure, more daring wild spirit. We came to pages of recitative that honour Gluck, but plunked on a guitar (or was it a keyboard? I couldn’t see for sure) rather than the usual way: a collision between the desire to innovate vs the published score by Gluck. I wondered about their creative process, commissioning John Gzowski as a sound designer, whose work was very self-effacing, peering through the pages of the score from time to time, when I wished he had been turned loose to do more re-imagining. It felt too respectful to me. And at the very end the lovely tableau was so tantalizing as we all silently stared, gradually realizing that alas the show had ended and had segued into the curtain call. 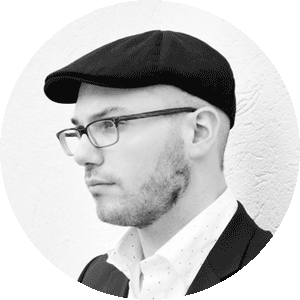 Yes it’s very cool that they used burlesque in an opera. In fairness it’s from a time when opera was normally in parts & chunks, when eye candy was the reason you went to the opera in the first place. Gluck’s reform aimed to strip away the excess complexity to get back to the essence. I wasn’t sure who was winning in this battle for opera’s soul even as the collaboration seemed intent on turning back the clock on Gluck’s reforms. The musical side was impeccable, Siman Chung with a big beautiful tone, very accurately wielded. Mireille Asselin brought her usual beautiful musicianship, a sensitive and passionate delivery of every moment, and as mentioned Marcy Richardson was spectacular in every way. The virtual chorus plus the few actual chorus singers were beautifully integrated into the live performance, another impeccable outing for Topher Mokzewski.

And just as Gluck came back to his opera, aiming to improve it each time, I’m sure AtG aren’t finished with this either, especially given that they brought back Boheme and Messiah. But you still have a chance to see this version: Saturday night at 8 pm at the Fleck Dance Theatre at Harbourfront.

2 Responses to Against the Grain Orphée+