To New York with Gershwin

Sometimes I have a fear of flying. I usually love the takeoff & normally sit by the window but when there’s turbulence I like to distract myself. 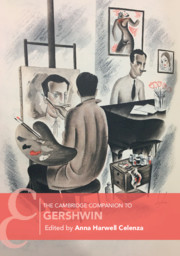 On a trip to New York what better subject could one find than George Gershwin? And happily I saw that the EJB Library had just acquired the Cambridge Companion to Gershwin (2019), edited by Anna Harwell Celenza.

It made for a romantic interlude in the sky on my flight.

If you know this series you’d be familiar with their usual template:

So there I was reading about old New York, both as a way to frame the life of Gershwin and as a kind of travel book. It might seem odd to come at a city via its noise history: that is until you recognize its relevance to a composer’s sonic world, as an influence.

Lots of people –millions and millions—lived in NY before and after. It might be trite to be thinking of traffic noise as somehow important: except that Gershwin was one of the first classical composers to bring the urban soundscape into his music.

Apartment living is a key influence.

Regardless of social class, it was the very nature of apartment building life to hear your neighbors. Windows, thin walls and floors, shared hallways, airshafts – all provided all provided avenues for the sounds of others to infiltrate domestic space.

Yet I saw a tweet this morning from Lydia Perovic @LyyPerr

“I’m recovering from flu, cmon. One day I had her upstairs, in apt next door 4 young women screaming exuberantly re whatever young people scream about for hrs (“ughhhhaaaghhhhh I’m turning 32” for ex) and fire trucks on Bloor E. I thought: is this not hell. It’s hell. Sartre knew.”

Such is urban apartment life and it’s nothing new. Noonan quotes Duke Ellington explaining the context for his composition Harlem Air Shaft:

You get the full essence of Harlem in an air shaft. You hear fights, you smell dinner, you hear people making love. You hear intimate gossip floating down. You hear the radio. An airshaft is one great big loudspeaker. (18)

As Zoe and I were walking across the Williamsburg Bridge yesterday I was reminded of the book, listening to vehicles & people.

You can feel the structure vibrate with so much traffic, so much life. It may have changed its timbre but the intensity is much the same as a century ago.

“Outdoors, human and mechanical sources – shouting peddlers, recorded music, delivery wagons, trolleys, elevated trains, construction equipment, automobiles – combined to banish tranquility from the streets where George Gershwin grew to adulthood…Isaac Goldberg (Gershwin’s first biographer, and the only one to write his life story while he was still alive) for example, identified urban sounds as “the rhythms that sound not only from his first hits but from his most ambitious orchestral compositions,” ambient urban noise such as:

The clatter of rollers over asphalt… the din of the elevated overhead… the madness of the traffic below… the cracked tones of the hurdy- gurdy… The blare of the automatic orchestra as the merry-go-round traced its dizzy circles through Coney Island’s penny paradises… The plaintive wail of the street singer across the obbligato of a scraping fiddle…these were the earliest rhythms to which young George awoke. (19)

Loud as it may be in 2020 I suspect it was louder in Gershwin’s youth.

The essay by Susan Neimoyer on “Gershwin’s Musical Education” couldn’t be more timely as we come to the Met’s High Definition broadcast of Porgy and Bess on February 1st.

And so begin the problems in our reception of the composer.

From the time of its creation George Gershwin’s concert music was viewed with skepticism by classically trained musicians. His signature mixture of popular and art music elements –taboo among his contemporaries unless “folk” elements were significantly modified—was seen as evidence of a lack of taste, skill and originality.

“I do not wish to indicate that it is in any way reprehensible of [Gershwin] not to be a serious composer. I only want to define something that we have all been wondering about for some years. It was always certain that he was a gifted composer… I think, however, that it is clear by now that Gershwin hasn’t learned his business. At least he hasn’t learned the business of being a serious composer, which one has always gathered to be the business he wanted to learn.” (29)

There’s a whole lot more for me to read, in my spare time on my trip and especially when I’m flying home later this week (whether the air is turbulent or not).  There are essays about his music theatre, his music for piano & orchestra, two essays about Porgy and Bess, one concerning his music for film, plus the essays on his influence & reception, fifteen in all.

Gershwin is lurking in the back of my head when I think about the interface between popular & art music, influences & echoes. Playing the Slavonic Dances (the first set of 8, in two-handed versions) & Liszt’s Valses Oubliées, since re-listening to Scott Walker’s music late last year I’m reframing virtuosity as something more genuinely exploratory. If we get away from the competitive model of the pianist skillset it can simply be a playful exploration especially when linked to folk elements, teasing out new shapes & combinations of sounds. Gershwin comes later responding to some of the same dynamics & influences. Serious and popular meet in so many musical styles even as the academic world sometimes struggles to catch up to the admiring crowd, slowed by the complex politics of popularity.

Fortunately the listeners don’t have that problem.  We are drawn to beauty without academic prejudice or jealousy.

Meanwhile? I must keep reading.

1 Response to To New York with Gershwin