I’m late to the party, having no idea who this guy is, just intrigued by the interest I sense all around me, an electricity.  The hall is full of fans & admirers. 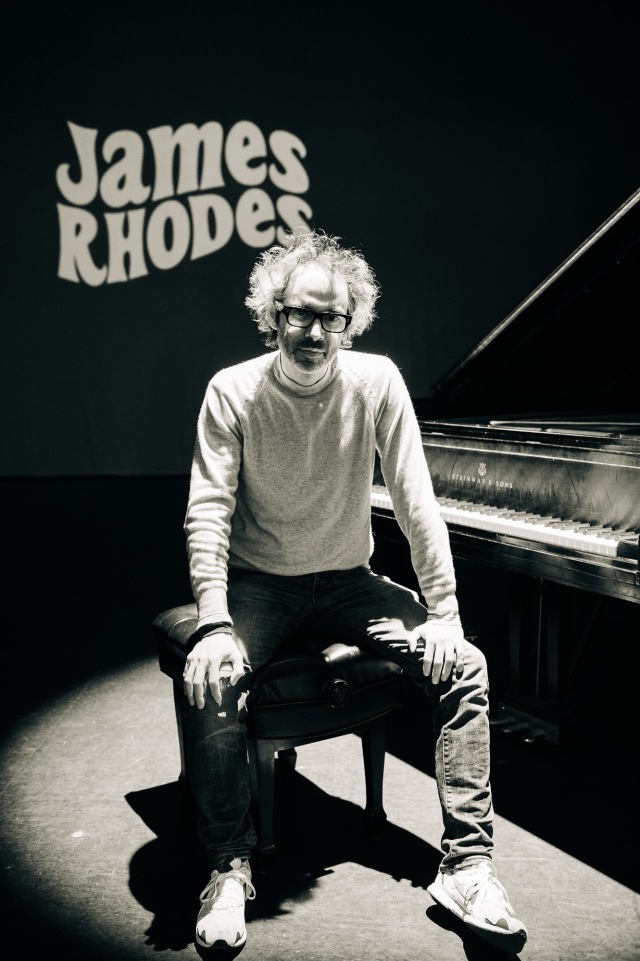 The concert was presented by the Glenn Gould Foundation, who made connections between the three artists (Gould & Rhodes but also Gould & Beethoven).

My first look at Rhodes shows me someone who is a breath of fresh air, not immobilized by formal attire, not restrained by pretentious language (he was unafraid to use the F word, which I think is a good sign all in all), and comfortable in addressing us before each item on the program.  These were not the words of an academic, but what was especially clear was his passionate connection to the music: especially once he began to play.

While we were scheduled to hear three Beethoven sonatas – in a program titled “The Beethoven Revolution” after all—we began with some Bach, and finished with three additional encores. 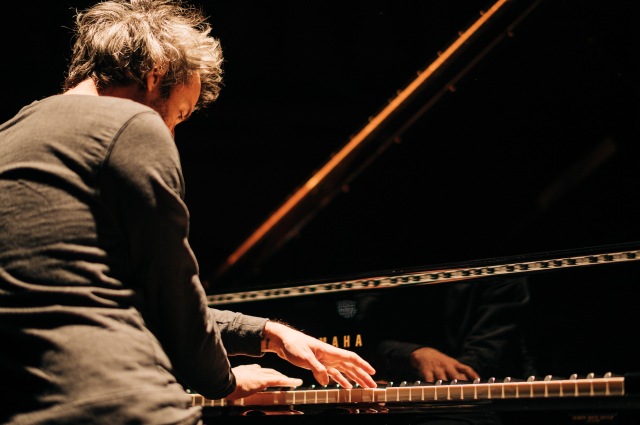 The program consisted of three Beethoven Sonatas, namely the Pastoral Op 28 in D major, the Op 90 in E minor and the Waldstein, Op 53 in C major.

This is some of the most original playing I’ve ever heard. The division people sometimes observe is between popular music & classical, where the latter involves performers who play exactly what’s written without any of the ability or willingness to improvise that’s required in popular music.

Rhodes is doing something decidedly different, and while it’s not what most (all?) classical musicians do, it might be more authentic & truer to Beethoven. I got my first sense of it in moments that a stickler might identify as a “mistake”, placed in quotes to emphasize that I’m not one who sees it that way.

What if instead of playing the work with a fanatical adherence to the notes, one instead loosens the score’s grip and begins to mess around a bit, being a bit playful. Suppose in a passage where there are repeated notes in the left hand and a melodic event in the right hand, one were to treat the LH as “vamp until ready”, and approximate the repeated notes while making sure the melody was really done right. In effect this seems to free up the melody from the strict reading and turns it into a kind of performative event, as though your RH were a soloist and the LH were accompanying. Yes of course, that’s what we perceive from the audience, but instead of a machine like rigor you get something three dimensional, and truly alive, organic, and brand new every time.

Similarly, when we get to the Waldstein sonata –a favorite of his and also of mine—instead of worrying excessively about the exact number of notes, the events come in with great drama, as though they were characters, irrespective of what’s happening in the LH. When the melody finally comes in for the final movement Rhodes doesn’t do the usual pianistic thing of worrying about bringing out the melody the way the piano teacher always tells you, but instead lets it float so gently it’s truly pianissimo,…. aetherial…. magical.

He has a special gift for melody, for bringing out a voice in the gentlest way.  When the music requires pianism he has it. In the bravura passages in the coda to the Waldstein we get the octaves, the hyper-fast version of the melody and a super dramatic finish. It’s not like anyone else’s version because it seems to all come from melodic gestures or dramatic events, a wonderfully theatrical approach to playing. The man is a gifted communicator so it’s no wonder that when he sits at the piano, it’s eloquent and direct.

I find myself thinking about these pieces in a whole new way.

His encores included Liszt’s version of the Schumann song “Spring Evening” ; a transcription (his own perhaps?) of one of the instrumental passages in Gluck’s Orfeo ed Euridice; and a closing Bach piece that I didn’t recognize.

I am going to have to investigate further. I feel so lucky to have heard him tonight..!