The talent pool at the Canadian Opera Company is deeper than ever, yet even so, few singers have the credentials of Sir Thomas Allen, one of the great singers of his generation.

Currently starring as Don Alfonso in the COC’s Cosi fan tutte until February 21st, Allen is also an unparalleled interpreter of lieder & songs, who will offer a program titled “Songs of the Sea” as part of the free noon-hour series at the Richard Bradshaw Auditorium (at the Four Season Centre) on February 13th.

On the occasion of his recital, I ask Allen ten questions: five about himself, and five more about singing “Songs of the Sea”.

I’m certainly more like father than mother. Mother was very much the typical devoted wife for dad. Her job was the home, looking after dad and bringing up the boy….me.

Dad on the other hand was blessed with curiosity. They both grew up in the North East of England when times were not entirely easy. There was a great deal of struggle in just surviving for quite a long period of time in their lives. Their life wasn’t easy but despite that they did all they could for me.

My father loved sport as a young man but the loss of a leg when he was 21 put an end to that.

His passion was music. He played the piano at any spare moment …popular songs, dance tunes and such like and he was the accompanist for a male voice choir and conducted a glee club.

He was my only piano teacher. When I joined the church choir and later began taking organ lessons he was really thrilled. Nothing gave me more pleasure than seeing the pleasure he got from my music-making, whether it was when I sang in the choir, played a service at church, or later when he saw me at Covent Garden or the Metropolitan Opera…his only trip abroad.

I miss him every day.

2- What is the best thing & worst thing about being a singer?

Certainly the worst thing is the business of moving around the world and making a home away from home, wherever that may be. So many apartments are the same and after a while they all blend into one boring conglomeration. It’s that business that takes one away from family for long periods of time. Now after so many years of travelling I look back and feel what a great sacrifice was made to miss so much of my sons growing up. The trouble is that once on that treadmill, it’s accepting that life is ever going to be so and one must either embrace it or leave and find something more ordinary and stable to do in life.

The good thing about singing is not the obvious thrill of listening to the cheering of an audience after a special performance…..one quickly realises that special performances are few and far between. For me the good thing is the fact that being a singer has made me inquisitive about so many aspects of life. Every day is different; each day is an involvement in a study of one sort or another – language, history, literature and people, the latter being arguably the most fascinating of all. It’s made me curious about so many things and I have learned so much as a result.

I don’t listen to singers much ….not a natural canary fancier. Having said that, Fischer Dieskau was a big influence when I was growing up. But I love the quality of certain voices and that of James Mason, for example, I could listen to all day.

There’s too little appreciation of the skills of craftsmen in the UK as opposed to those who are more academically inclined. I think that’s a tragedy. As a skill, more than anything I’d want to make good furniture and generally be an accomplished carpenter.

When relaxing, or rather not working, I’ve put together several pursuits that have kept me sane when I might otherwise have gone crazy with this job. I’ve been a bird watcher since schooldays and that remains… I usually travel with a small pair of binoculars. There is always a sketch book and pencil in my bag along with a small box of watercolours. Golf was a big part of my life in early days though I play less these days ….it annoys me too much that I can’t play to 3 handicap any longer. But when I’m home I have a workshop and that’s where I like to be to work with wood, either making toys or serious model boats. 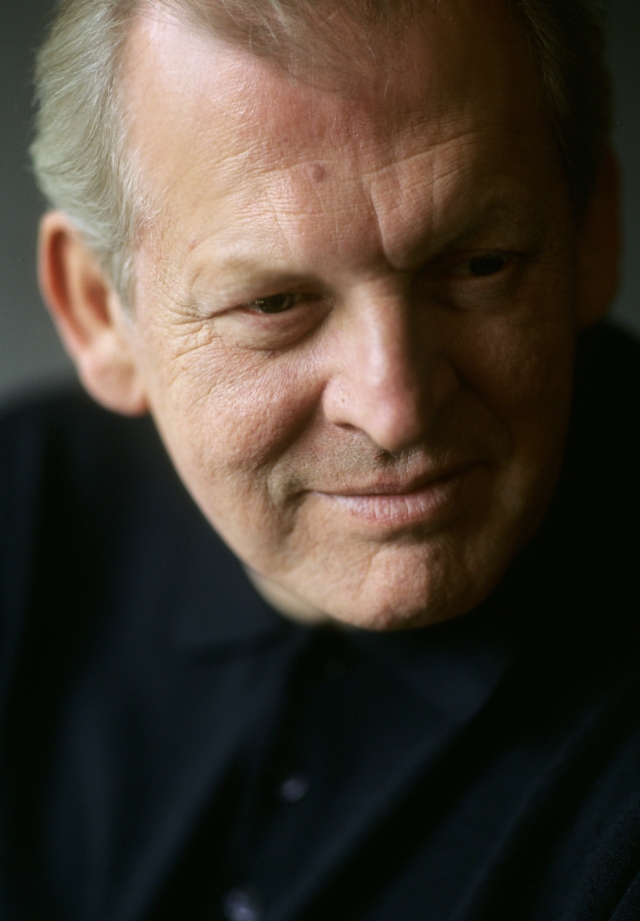 Five more about the upcoming concert “Songs of the Sea”

1-Please talk about the repertoire you’re singing, especially as a departure from what you’re doing as Don Alfonso in the COC production of Cosi fan tutte.

The recital programme has been put together because the sea is a favourite subject for me.

I’m not a desert person. I was born by the sea, have observed its many moods and find it endlessly fascinating in devising recital programmes.

2-What do you love about singing songs?

Life started for me with the singing of songs. It was something I did that came entirely naturally from the time I was a treble to those first baritonal attempts. I never had a strong desire to sing opera initially. Song is a challenge, each one in a programme asking different questions of us, and all in their own right mini scenes. The pictures in my head that I need for song repertoire have become very extensive over a long period of time. No makeup, no costume, just the imagination, the vocal palette and, importantly, the message the body conveys.

3) Do you have a favourite moment in the program?

Billy Budd is in the programme and I make no excuse for including this short operatic piece in a song programme. The reason being, that it is one of the finest examples of setting the English language that I know.

But I’m also very fond of the Eric Coates song, “I heard you singing”. It’s probably not the greatest creation but it is an example of a sentiment largely lost and which I believe warrants some attention.

4) Talk about the “Songs of the Sea” as a modern singer.

Some of the songs are dated ….well they all are really, some as far back as late 18th century. That certainly doesn’t preclude them from being heard.

The very idea of a recital, whether it be a reading of poetry or prose or song in our times is something that comes in for question.  Why? We hear so little of narration of stories or anything else now, be it in school, university or conservatoire . That’s a tragedy in my book and I’m doing all I can to rectify it. Without the song recital we would lose a very important aspect of musical composition.  A composer saw fit to set verses to music.  My job is to try to show why that happened in the first place, bringing out the qualities of the musical line and the poetry.

5) Is there anyone out there whom you particularly admire, and who has influenced you?

My dad.  He was a good man and lived a truly honest life. He was my model.  I looked up to him when I was young; I tried to show him that I worked hard to try to achieve something in my life. Perhaps that was because I realised he never had the opportunities …though I wished he might have had and I did it all for him as it were by proxy.

Thomas Allen sings “Songs of the Sea” on February 13th with Rachel Andrist, piano at the Richard Bradshaw Auditorium.