TSO – A Mind of Winter

“A Mind of Winter” is the name of a composition as well as the title for tonight’s Toronto Symphony concert in their New Creations Festival, curated by composer George Benjamin and featuring the residency of singer & conductor Barbara Hannigan. 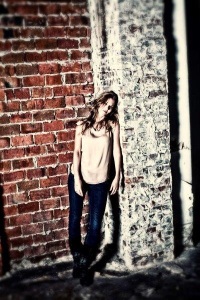 The winter-themed composition that gave the name to our evening was Benjamin’s youthful setting of a Wallace Stevens poem sung by Hannigan. This one begins in the most remarkable way, its string harmonics & high winds making me shiver. It was a curious perception to notice that “high” or “low”, like cold or hot are relative concepts, that sometimes a soprano can sound high, and sometimes sound low alongside those shimmering sounds. As in the concert co-presented by the TSO &  COC earlier this week, Hannigan held back, letting her voice emerge from the midst of the orchestral sound, almost as though she were merely another instrument. It seemed to end too soon, but I suppose that’s a sign of a good composition: that you don’t want it to end.

I wonder, does one contemplate winter differently from in the middle of it –as we currently are—or from a distance? Vivian Fung’s second Violin Concerto “Of Snow and Ice” conceived by an expat Canadian living in California received its world premiere tonight. I suspect I’d welcome a chance to be plunged into virtual cold at the height of a heat wave, whereas the desolation of this endless winter might leave me less patient than I might otherwise be. While I was impressed by the playing of TSO concertmaster Jonathan Crow in the concerto, I don’t think I really understood Fung’s composition, a forbidding portrait that had my companion saying “it’s just like winter: because it’s too long”.

Two other pieces on the program with no connection to winter opened & closed the program, respectively Dai Fujikura’s Tocar y Luchar, and Henri Dutilleux’s Métaboles. Benjamin led a sensitive reading of Fujikura’s piece to open the evening, while TSO music director Peter Oundjian and the TSO were especially inspired in Métaboles. As with temperature or pitch, newness too is relative. While the Dutilleux may have been edgy and new at one time, the TSO played with a conviction to suggest that we were hearing a modern classic. When music is played infrequently, certainty can be elusive: but not this time.

Oundjian can be pleased at the crowd—enthiuastic recipients of the TSO’s offerings—who assembled to hear contemporary music on a February night. New Creations is prospering, with more to come next week (click logo for more info).