Posted on November 2, 2017 by barczablog

They keep fine-tuning the format for the Canadian Opera Company’s Centre Stage Gala, the competition & celebration of the Ensemble Studio, now in its fifth year as a gala, seventh as a singing competition.

I would say this was the most entertaining yet, featuring the comic stylings of Ben Heppner at the microphone, regaling us with witty anecdotes, followed by Alexander Neef teasing us unmercifully with the results, a genuine fun time.

While past years have featured more entrants in the competition, this year everyone seemed to have a legitimate shot at winning. While I was fairly sure who had won –in one of those happy years when the audience favorite is also the winner of the actual competition—I think anyone else in the competition could have been a legitimate 2nd or 3rd place finisher, at least based on the performances that we heard tonight.

But of course the competition isn’t just about tonight. These singers prepare their solo arias with the staff of the Ensemble Studio, who are at least partly the ones who determine the winner. In preparation they get to see what kind of person they’re dealing with, from work habits to simple kindness. I don’t pretend to know the criteria for the selection, only that it’s not just about how well they hit their high notes tonight.

Simona Genga was the audience favorite, a popular winner with an intense reading of the aria “Adieu forêts” from Tchaikovsky’s Jeanne d’Arc. I don’t know the piece, only that Genga gave us great intonation, pathos a plenty and a remarkable range. The response after that aria might have been the biggest I’ve ever heard at one of these Centre Stage competitions.

Joel Allison finished second with a rendition of “Scintille, diamant” from Offenbach’s Tales of Hoffmann, and Anna-Sophie Neher was third, giving us “Je veux vivre” from Gounod’s Roméo et Juliette.

It was a spectacular evening not just for the high level of the competitors, but also for Jane Archibald’s epic performance of arias from Don Giovanni and La Traviata.  Archibald sang while the judges tallied their scores, but she was far more than just a place-holder. Impressive as the youngsters were, it was thrilling to hear so much beautiful singing pouring out of Archibald, the COC’s Artist-in-Residence.

We began with the overture to Abduction from the Seraglio. Johannes Debus who is just back from conducting at the Met in NYC led a strong showing from the COC Orchestra, ensuring that every aria sounded even more beautiful. On this occasion there were no weak performances, as everyone seems to be ready for prime time. 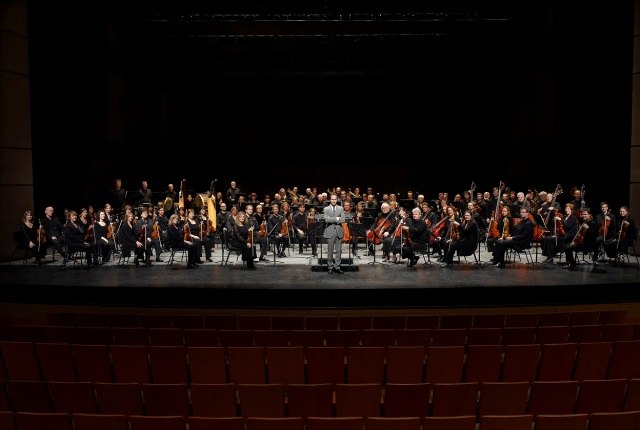 I will be intrigued to see just who might be joining the Ensemble Studio after this strong showing.