Posted on February 7, 2020 by barczablog

On Monday February 10th the Canadian Opera Company will tell us what they’re producing next season aka  their “Season Reveal” aka #2021COC.  It’s a celebratory moment, and can feel a bit like Christmas morning as we unpack the goodies, for those of us who love the opera, those of us who go regularly, those of us dying to see certain shows, especially the ones that have been promised through the subtext in co-productions produced elsewhere.  I saw the video of Girard’s Parsifal and liked it so much I bought the DVD. And there’s the recent Wozzeck high-def broadcast.

On Monday will we get great stuff in our stocking? Or socks & underwear?  I’m remembering Charlie Brown who (trick or treating) said “I got a rock”.

It’s all to be revealed very soon. “TBA.”

It’s an extra-special reveal, given that this is the last time it will be a COC season under General Director Alexander Neef.  We’vealready been teased just a few weeks ago with the prospect of the Parsifal production, perhaps as his grand farewell gesture.

I don’t mind getting socks or underwear at Christmas if we can’t afford extravagance.

In other words, while I love a good show my first concern is the health of the company and the stewardship of opera in Canada.

For comparison, let me dip into the October 2019 press release announcing Karen Kain’s departure from the National Ballet of Canada, I will quote her words as she takes a well-deserved bow, with a focus on two things.

Item #1
“We have fostered Canadian talent through CreativAction, the appointment of Choreographic Associates and Innovation, our all-Canadian programmes.

Item #2
“When I step down in January 2021, I know I leave a financially stable company with the very best dancers in the world, one of the most diverse and coveted repertoires and an international reputation for the highest level of excellence.”

We are coming up to a comparable moment in the life of the Canadian Opera Company as Alexander Neef bids the COC goodbye.  Will he issue a comparable statement to what Karen Kain issues, before rushing into the arms of his colleagues at the Paris Opera? 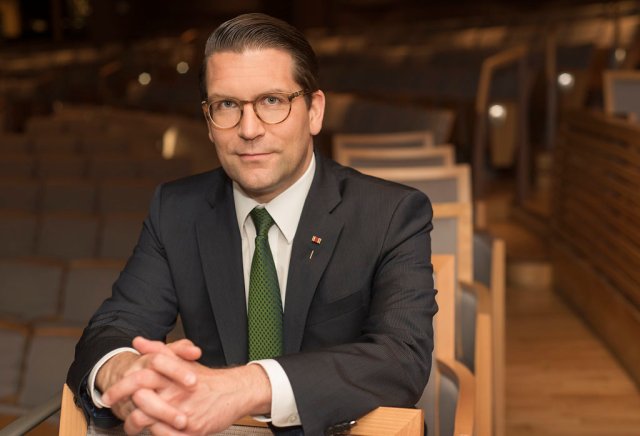 Last year I posted a nationalistic diatribe in response to the COC’s season announcement for 2019-20, that I put alongside KK’s item #1 above, as a kind of question.  The COC just opened Hansel & Gretel last night with a Canadian cast: and it was wonderful.

As for item #2, I only wonder what shape the COC will be in after Neef’s departure.  What incentive does he have to leave the company in great financial shape?

It’s impossible to answer those questions right now.  Pardon me for asking them, but I think they’re just as important to ask as “when do we get to see Parsifal“, especially if Parsifal is too expensive.