Tenor Colin Ainsworth is one of the most versatile performers I know. While he regularly stars in period performance he has done lots of new works, including Victor Davies’ The Transit of Venus and Rufus Wainwright’s Prima Donna.  He has had a whole other career singing modern song repertoire, especially by Canadian composers. I have never heard this man sing out of tune, and considering how many roles he’s undertaken that’s quite a lot. He has a sympathetic youthful presence which is especially important when you take the stage among the physically beautiful bodies of Opera Atelier, for whom I supposed he’s done over a decade of leading roles.  And then Colin told me it’s the twentieth anniversary since he first appeared with Opera Atelier (wow!), a remarkable feat considering that he sounds and looks as youthful as ever; but when I think of how many operas he’s done that I’ve admired, it’s not  surprising at all.  If you were to read his detailed bio, you would see a list of roles: but a list doesn’t nearly tell the story.  I think the voice is bigger, subtler, his acting range growing. 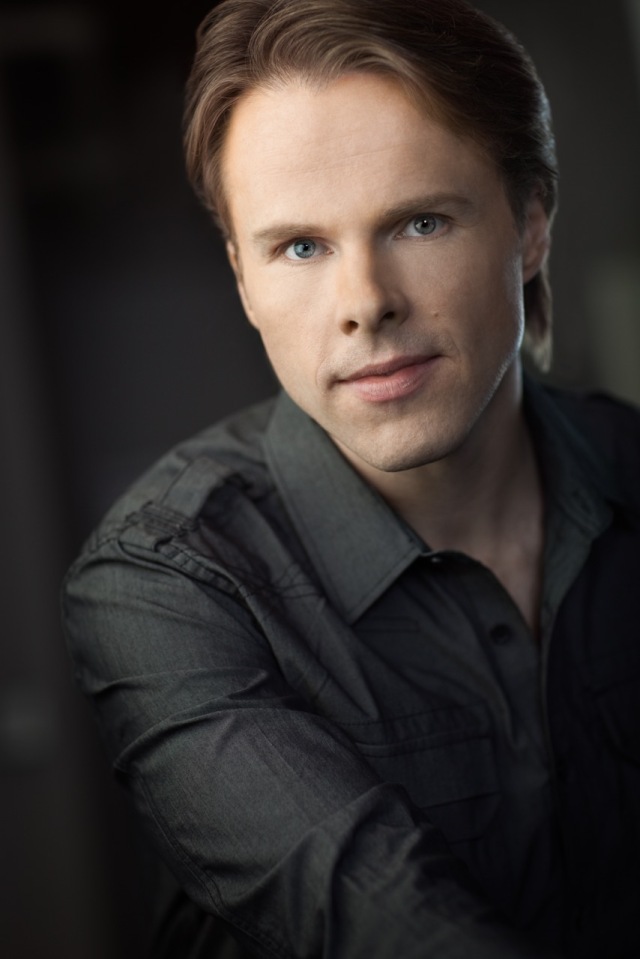 And now as Colin undertakes two mythological title roles for Opera Atelier I wanted to ask him a few questions.

To be honest, I’m not really sure. There are circumstances where I will react a certain way and it will make me think of either one of my parents. I definitely get my industrious nature from my Mom and my quiet, reserved side from my Dad but I certainly didn’t get any musical influence from them since they are deaf. A lot of my musical influences have come from outside of my family – teachers, colleagues, and just soaking up as much music as I could.

What is the best or worst thing about being a singer?

Being a singer certainly has its advantages and disadvantages but I get to do what I love so I’m truly grateful and the worst parts don’t seem so bad, relatively speaking. The thing that I enjoy the most is the travel and living in other cities. It affords you the opportunity to experience other cultures and see parts of the world that you might not otherwise. The work environment is constantly changing and for the most part, no two jobs are ever the same i.e. new colleagues, new venues, and new operas. Also, it is an opportunity to craft something that is uniquely yours. No one performs a role the same way you perform it.

The flip side of that coin is being away from home for extended periods of time, having to live out of a suitcase, lugging your life – or whatever you can fit in your bags – all over the place, dealing with delayed or cancelled flights and being in a foreign or unknown location. It can also be a precarious business in which you may not be sure when your next contract will be.

I don’t really watch a lot of TV but when I do I tend to watch shows like “How it’s Made” or a sports event. Considering how much flying I do, I have an odd fascination with the TV show ‘Mayday’ in which airline disasters are investigated. I guess I like knowing they have solved the issues that could have caused my plane to go down. For comic relief or after a long day of rehearsing, I watch The Office (the American version), especially while on the road.

Musically, I really like listening to a lot of different kinds of music not just classical. I have quite eclectic tastes from Justin Timberlake, Michael Kiwanuka, Eminem, Ella Fitzgerald, to a lot of Indie bands and artists.

I love to go for a run, ride on my bike or putter around the house. I love a good house project and tend to be always thinking of the next thing to do. But, hanging out with my son tops them all. 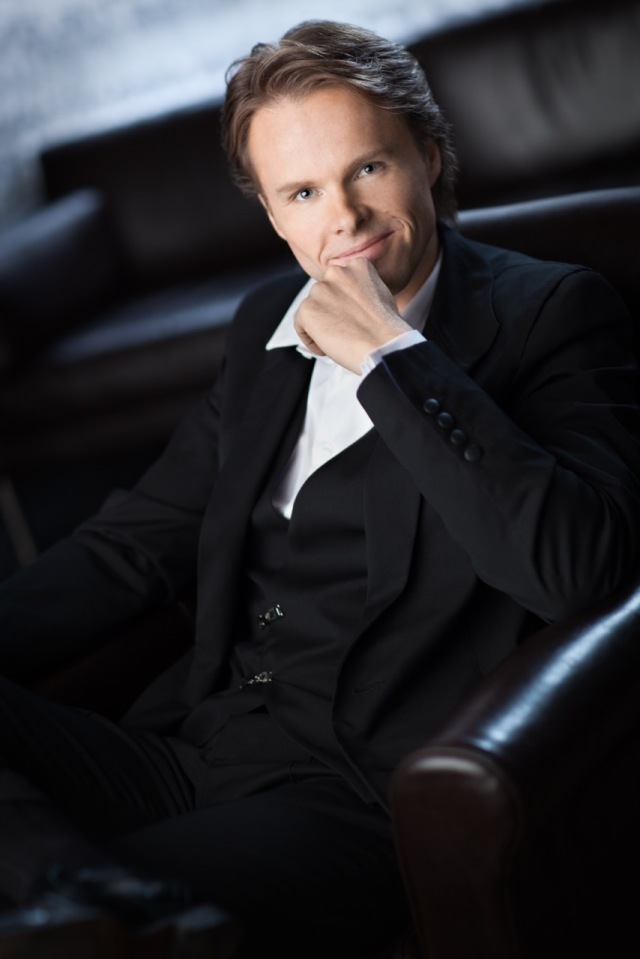 Please talk about the experience of preparing & singing historically informed performance (HIP) repertoire. Do you sing differently with a company known for doing HIP, and is it harder or easier than other types of singing?

I approach any repertoire with the same vocal technique but stylistically of course, there are huge differences. You can’t sing Wagner the way you would sing Charpentier. This repertoire that I’m doing for Atelier, especially the French baroque music, has its own unique challenges. Written for a high tenor the French called the ‘haute-contre’, the vocal line is written much higher for longer periods of time than other repertoire which can be taxing. The goal for me is to make it sound like it’s easy when it is most certainly not!

For me, the stylized approach doesn’t make it any less realistic than a realist style. For that era, it would have been an accepted and normal way for the singers to affect an emotional response from the audience. It is just one type of ‘language’ that I use to tell the story. The gesture feels like an outward expression of what is going on, on the inside – a superficial way to show the audience the inner workings of the character. The underlying emotional journey of the character stays exactly the same regardless of whether I am using the gesture to demonstrate those emotions or not.

You’re singing the titles roles from a pair of operas different periods (1683 for Actéon, 1748 for Pygmalion), from two different composers (Charpentier and Rameau). Is there much of a difference in what the respective composers expect of you and your voice?

On first look, it may seem that theses composers are the same. One may lump them both into the ‘baroque’ category and assume that the approach to both is similar. But, as you delve into them, they each have their own unique signatures. Charpentier, musical gestures are broad and sweeping whereas with Rameau defines every dramatic moment and his writing feels very compact. One sentence can be chock-full of musical gestures and the next could turn on a dime and you are expressing something completely different.

What were your most memorable experiences with Opera Atelier, and their creative team?

This is my 20th year since first singing with Opera Atelier so I have so many great memories! But, what stands out for me was the tour to Versailles to perform Armide after the attack in Paris. It has to be the most emotional trip I’ve ever been on. To be performing that particular piece at that time in that place and, in a way, stand in support of the French people was life transforming. The appreciation that we received back from the people there was overwhelming!

But really, it’s the people that have worked with Opera Atelier that have made the experiences great as there are a number of people who frequently return to work here be it dancers, singers, creative team or staff. That continuity gives you the opportunity to get to know people and build long-lasting relationships and friendships.

You’re known for singing operas from centuries ago with Opera Atelier, yet also have made a spectacular career singing new vocal music. Please talk for a moment about the advantages of singing so many different styles of music.
I love the opportunity to sing so many different styles of music, especially new music, where you are able to interact with a composer and have feedback from the source. Like I mentioned before, for me the vocal technique is the same regardless of the music that I’m singing. But, because the haute-contre repertoire is so challenging and high, it’s good to take breaks from it and rest the voice.

Frankly, it just makes life interesting to be able to explore not only the baroque repertoire but also modern repertoire and everything in between. I’ve always been careful with my voice to choose repertoire that’s appropriate and as the voice grows, I’ll look to see what it can handle. There’s just so much great music out there that I’m interested in doing, so I never want to limit myself unless it is something that isn’t vocally appropriate.

Please talk about the experience of rehearsing movement onstage with Opera Atelier, (where you’ve done so many roles already): a company known for their signature movement style.

The first week of rehearsals is like Atelier Boot Camp! Your body and certain muscles are not used to being bent, held, and moved like that so one ends up feeling stiff and sore. It’s definitely very physical and demanding! But, it is a style I’ve done for a few years now so I’m quite used to it. I really enjoy the process of working the gesture and the technique into one seamless performance.

What is your favourite role that you’ve sung?

Tom Rakewell in A Rake’s Progress! It is one of my favourite operas. 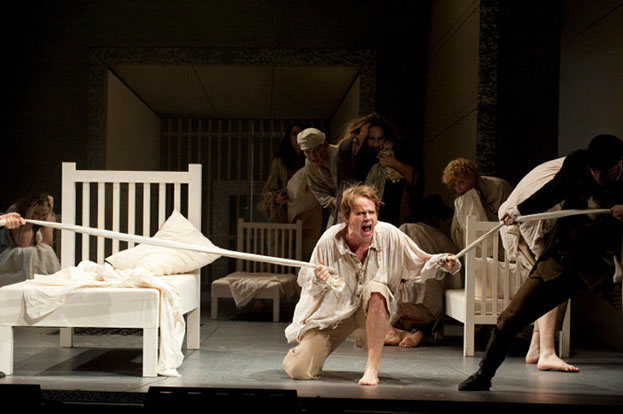 Is there a teacher or an influence you’d care to name that you especially admire?

I’ve been working with Diana Soviero in New York City and she has made such a difference in my life as a singer. She has changed the way I think about singing and technique and made such huge impact on my voice. She worked with all the great tenors and has such a vast knowledge of how each of them approached the singing voice. I’m so grateful!

I thought I’d finish with a trip down memory lane, with some older images, hopefully self-explanatory.

The caption on Opera Atelier’s page says “Colin Ainsworth as Tamino in The Magic Flute (2006). Photo by Bruce Zinger.”

And a little glimpse of a very intelligent singer taking great care of his instrument, posted to youtube in 2013.

1 Response to Questions for Colin Ainsworth: Actéon and Pygmalion